Meet the woman leading Ancestry.com into the world of personal genetics 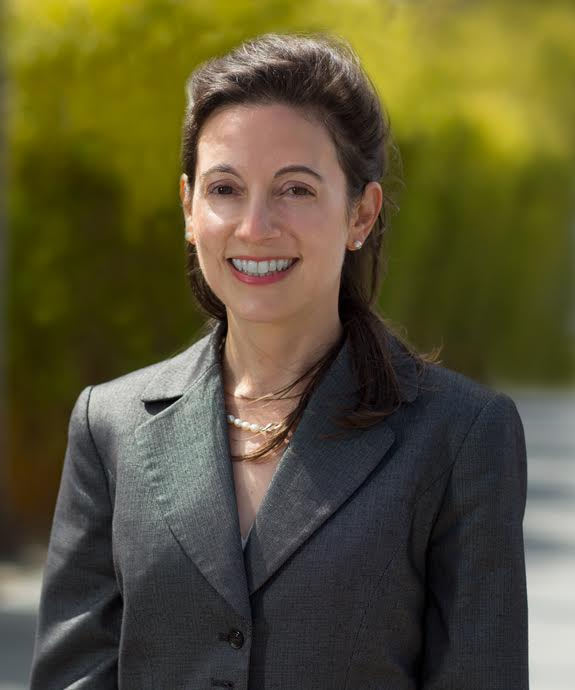 It’s been a big couple of weeks for Dr. Cathy Petti, the new chief health officer of Ancestry.com. Last Thursday, the company—which focuses on helping people trace their family origins—announced that it has hired Petti to play a major role in the launch of AncestryHealth, a site that will allow consumers to add health information to their family trees. Today, Ancestry revealed yet another piece of news: a collaboration with Calico, a Google-funded biotech firm focused on longevity research and therapeutics.

An internist with expertise in clinical diagnostics, Petti previously founded a biotech consulting firm and ran the clinical and scientific affairs division at Novartis Diagnostics. At AncestryHealth, Petti says she will guide the process of getting consumers to “tap into curiosity and motivators to be mindful of health and well being.” While the company isn’t yet revealing many details, Petti says her role is to help determine which products the company will offer. “There are so many potential opportunities,” says Petti. “There’s pharma, but that’s just one piece of a large health puzzle.”

AncestryHealth currently is in “beta mode,” meaning that the site is available for public use, but is still a work in progress. Currently, it provides a forum for users to collect health and family information and offers research that can help users determine how, say, their grandfather’s heart disease, might affect their own health. A sister site, AncestryDNA, offers information about users’ genetic ethnicity based on a saliva test; eventually AncestryHealth plans to offer a variety of health-related products, potentially including a saliva-based diagnostic test.

Ancestry’s moves come amid a heated debate around direct-to-the-public genetic testing. Critics maintain that tests designed to assess the risks of certain diseases and drug side effects require guidance from doctors and genetic counselors, and should not be offered directly to customers. Supporters argue that consumers should have access to information about their own DNA and that the data from those tests can spur important research. Currently, direct-to-consumer DNA testing for diagnostic purposes remains largely prohibited under rules that treat the kits as medical devices. As such, they must undergo a lengthy review process by the Food and Drug Administration before being marketed to the public.

Yet despite all the barriers, personal genomics is becoming an incredibly hot field. And no wonder: Genetics firms have the potential to generate massive pools of data, which could lead to lucrative deals with Big Pharma and others. The genetic testing company 23andMe, which has genotyped one million people, has entered a number of data partnerships, including a $10 million collaboration with Genentech for Parkinson’s research. The financial terms of AncestryHealth’s deal with Calico were not disclosed, but the companies say the collaboration will focus on the connection between genetics and lifespan.

AncestryHealth enters the genetic-records arena with a significant database. Since 2012, Ancestry has collected more than one million samples of DNA from consumers through AncestryDNA, and it has been aggregating ancestral data about its users for more than a decade—totaling about 70 million family pedigrees in all.

Petti talked to Fortune about the launch of AncestryHealth, the partnership with Calico and the ways the company differs from 23andMe. Questions and answers were edited for clarity and brevity.

Fortune: How is AncestryHealth going to work?

Why is that significant?

Currently, when a patient provides family health histories, the forum is the doctor’s office, where generally we feel rushed. It is unfortunate because that is one of the richest data sets that we can have to help identify one’s risks for various medical conditions. You can’t necessarily call your mom and say, “How did grandma die?” and “What happened to Aunt Sally?” Knowing that history may help you decide different lifestyles, behavior modifications or to undergo screening at an earlier age.

What does entering that data on the Ancestry site give consumers that they can’t do on their own?

The family health history product is a tool that even the surgeon general says is one of the most effective screening tools that we have at our disposal that is free and non-invasive. Having that information alone can be highly valuable.

The idea is that, if and when the FDA allows direct to consumer approval, you’ll be able to offer personal genetic testing and diagnostics for consumers?

Genetic information on health conditions is one of the areas we are exploring very seriously. When we are ready to go into that area, it is a step that we will take and engage with the FDA. Right now, we don’t have a product we can offer on genetic conditions, nor does anyone else.

How is what you’re doing different from 23andme?

We have a very unique position in health, which stems from being in genealogy for over a decade. We have millions and millions of pedigrees in our database. That data alone should never be underestimated.

You just announced a deal to work with Calico. Potentially would you also partner with someone to develop different drugs?

All of that is on the table.

We are very mindful of privacy and security issues and take them very seriously. We are also very transparent with our customers. We have an opt in rather than an opt out for individuals who are interested in having their data shared with external partners in order to better understand disease and health.

How do you protect a user’s information?

We have so many strategies. We silo it; we tokenize it, encrypt it, we have it segregated so the Ancestry.com DNA data is completely sep from the health history data, which is completely separate from pedigree data.

When someone sends in a DNA spit test, what happens to the vial?

We do have a repository for specimens. We are very clear about that. If the consumer doesn’t want it stored, we destroy it.

Is it buried in a hill somewhere?

I do know it is under high security where we track who can access to the vault, but where that vault is, I don’t know.

When you don’t feel well and go online to research, it can feel like you find the worst-case scenarios. Does offering DNA testing play to people’s fears?

I need to clarify we are asking consumers not to import their symptoms but conditions that have been diagnosed by a physician. We are not a symptom tracker. Our point is to further our understanding of ourselves.

Did you do your personal ancestry?

Yes, and it started a wonderful debate about our roots for our family. We are getting our 99-year-old grandmother to do it, but it is hard to get a 99-year-old to spit. She struggled with the concept, but she is game.