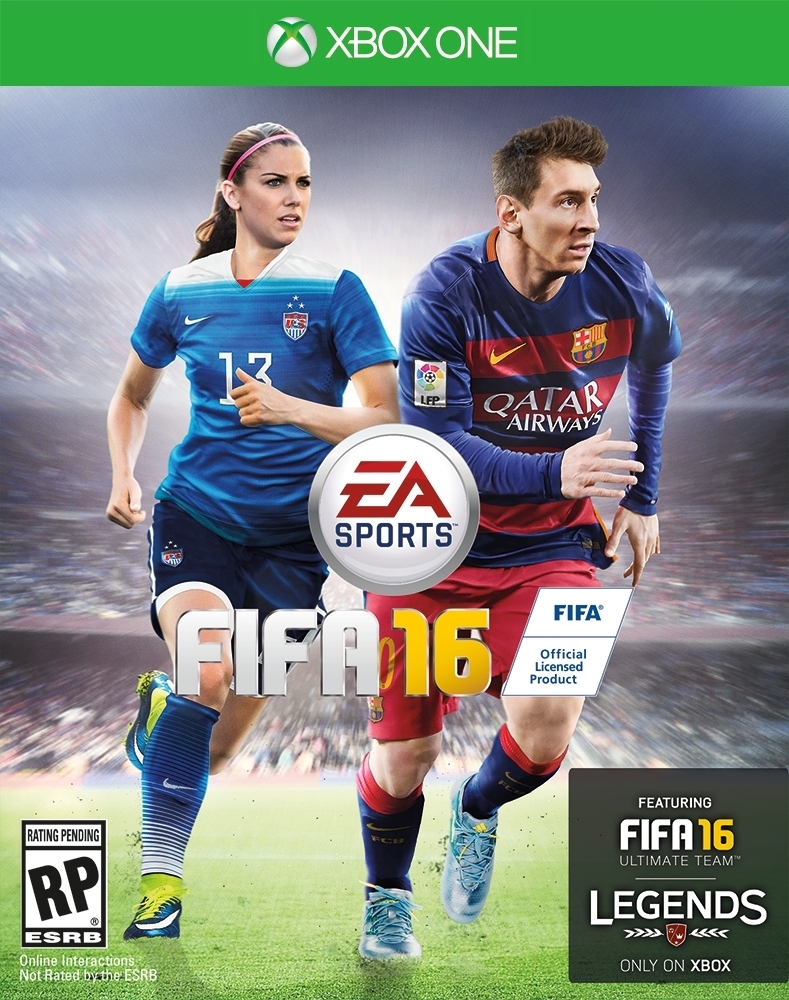 EA Sports’ FIFA 16 will be the first in the franchise’s history to feature women on its cover.

News that the latest FIFA cover will feature Morgan and Sinclair comes less than two months after EA announced that the new game will be the first in the franchise’s history to give gamers the option of competing with women’s teams. FIFA 16 will include the option of gameplay between a handful of different women’s national teams, including the U.S., Canada, England and Germany. Fortune spoke to EA CEO Andrew Wilson earlier this month about the decision to include women’s teams in the game.

Morgan is one of the biggest names on the USWNT, fresh off its dominant run in the FIFA Women’s World Cup in Canada. Earlier this month, the U.S. defeated Japan to win the tournament for the first time since 1999. Morgan played through a knee injury throughout the tournament, but still scored a goal against Colombia in her team’s quarterfinal match. In a statement, Morgan called her cover treatment “an incredible honor.”

Following the USWNT’s World Cup victory, fans created an online petition to convince EA to put the U.S. team on the FIFA 16 cover. EA also lets fans vote on male and female players to be featured on regional editions of the game.

“As soon as we knew Women’s National Teams were joining FIFA 16, we immediately recognized that Christine and Alex would be the perfect cover athletes based on their accomplishments and what they represent for their respective countries and the sport of women’s soccer,” David Pekush, senior manager of North America marketing for EA Sports, said in a statement.

EA decided to add women’s teams to FIFA just ahead of this year’s World Cup, which proved to be a wildly successful tournament in terms of television ratings. The USWNT’s title game against Japan attracted more U.S. viewers than any soccer match in history.