Here’s what it took to get New Horizons to Pluto 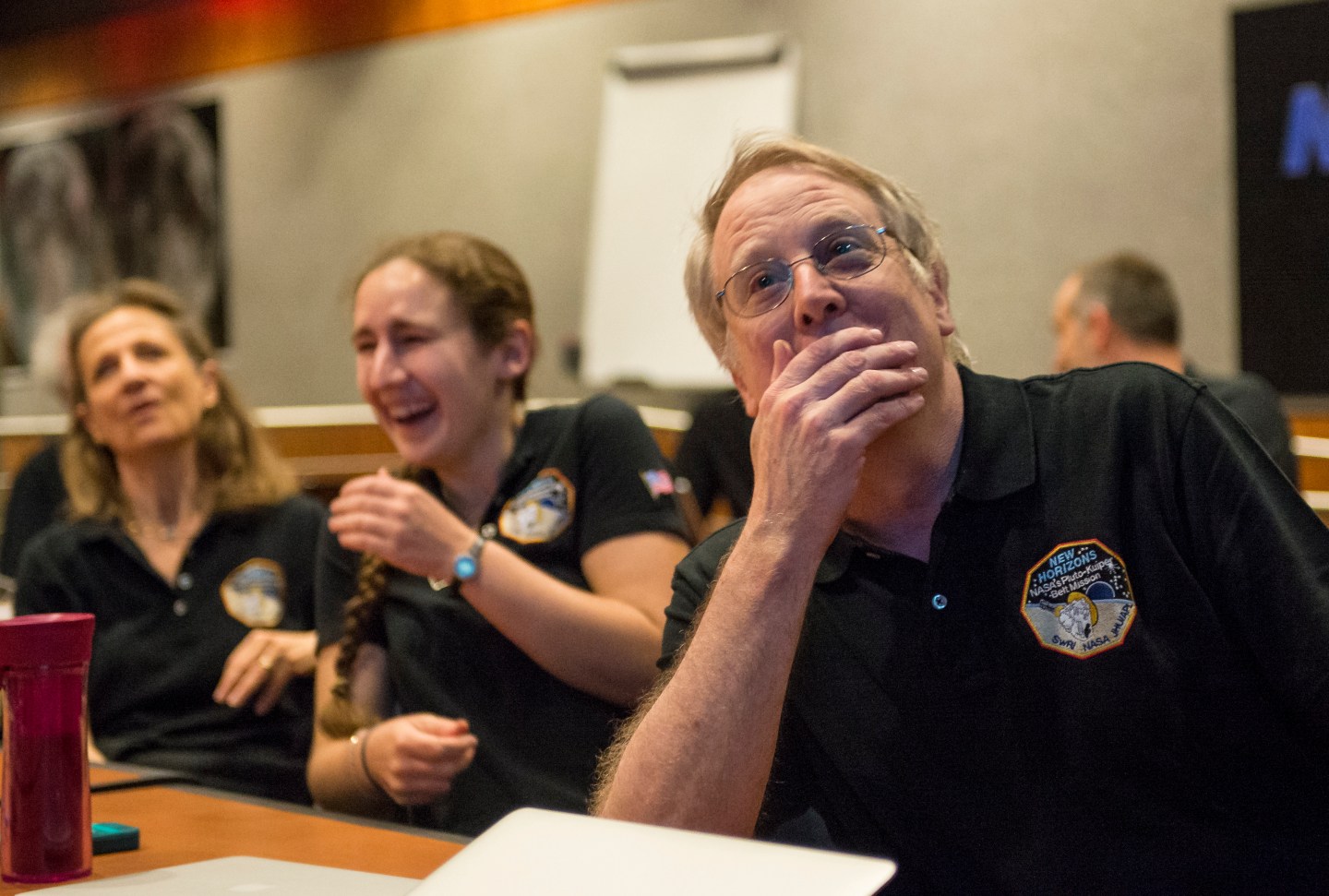 This post is in partnership with The Conversation. The article below was originally published at theconversation.com.

By Mike Summers, The Conversation

Science is hard and good science is harder — it takes persistence and tons of patience. When we began planning a mission to Pluto over 15 years ago, we knew it was going to be, as they say, a long haul. But we also knew it had a huge potential payoff. New Horizons would be the first closeup look at a world that we’d known about only distantly for 70 years. That kind of challenge is hard to pass by. And I didn’t.

The first serious discussion of a mission to Pluto occurred in the late 1980s. That’s when telescope observations of distant stars going behind Pluto (known as stellar occultations) showed that it had a methane atmosphere, probably rapidly evaporating to space. Considering Pluto’s small size, it was a surprise to see that its gravity was strong enough to hold on to an atmosphere at all.

Several planetary scientists began working on Pluto in earnest around that time. Throughout the 1990s, it was pretty obvious who the enthusiastic contributors to Pluto science were, and we naturally congregated at scientific meetings to speculate about a mission to the ninth planet. Several attempts at a Pluto mission were formulated by NASA, but for various reasons none came to fruition, usually because of insufficient funding. By the time NASA announced the opportunity for a Pluto mission in 2000, everyone was ready with some pretty clear plans for how to optimize the science that could be done via a flyby.

Pluto, in its full-color glory, taken by New Horizons from only 476,000 miles away.Courtesy of NASA

I became interested in Pluto as a graduate student at Caltech in 1984. So little was known about the atmosphere at the time that you could get a computer model to predict just about anything. But after those stellar occultations revealed its unexpected atmosphere, I was hooked on Pluto atmosphere research. I focused on the planet’s chemistry. When Alan Stern, the New Horizons principal investigator, started pulling together researchers to work on the mission, he asked me to join the atmosphere science team. Other mission members are focused on surface geology, interior structure, and formation of the Pluto-Charon system of five moons, among other things.

My main interest is understanding the chemistry and stability of Pluto’s atmosphere. How could Pluto hold onto its extended layer of gases over the 4.5 billion year age of the solar system? It should have long ago escaped to space because of tiny Pluto’s low gravity. But apparently it hasn’t.

Also, I’m interested to see whether the methane in its atmosphere produced complex hydrocarbons that would condense onto aerosols, settle downward, and be deposited on Pluto’s surface. Over the age of the solar system, these molecules should accumulate so that now we’d expect to see tens of meters of the stuff on Pluto’s surface.

And in fact, New Horizons does see large very dark regions on Pluto that might be made up of these photochemical products, generated when the methane in Pluto’s atmosphere absorbs ultraviolet sunlight. Similar types of chemically processed hydrocarbons are seen elsewhere in the outer solar system. They are generally known as “tholins” — a generic term to describe this reddish material. We have further observations planned that will probe Pluto’s atmosphere and map the distributions of hydrocarbon gases such as ethane, acetylene and ethylene that condense to form the aerosols.

The Alice ultraviolet imaging spectrometer is on NASA’s New Horizons spacecraft.Courtesy of NASA

The long haul behind a long-haul mission

Of course we had to do tons of prep work — deciding what scientific questions we’d try to tackle, which instruments to include, how to effectively steer and communicate with the probe over decades. And our work didn’t end with the launch nine-and-a-half years ago — there was still plenty left for us to do here on Earth.

Maybe it’s surprising, but this project has been exciting all the way through. The science team meetings were always interesting and animated, and at every step our conversations were laced with wild speculation about Pluto. Even the zillions of teleconferences usually had doses of humor sprinkled throughout.

While New Horizons was plugging away on its journey, my work mostly consisted of trying to prepare computer models of Pluto’s atmosphere to help us understand our eventual observations. This was much more difficult that I had thought it would be. We’d never encountered a planetary atmosphere like Pluto’s: gases escaping at supersonic speeds from such a frigid planet are a completely new situation. And that challenge continues to complicate interpreting the observations that are rolling in right now.

For the first time, NASA’s New Horizons spacecraft has photographed Kerberos and Styx — the smallest and faintest of Pluto’s five known moons.Courtesy of NASA

Pluto’s intrigue seemed only to increase, even after we launched New Horizons, when two more moons were discovered in addition to its known large moon Charon. And later two more were discovered! People were drawn to Pluto’s mysteries and each new revelation seemed to captivate more of their interest. And the International Astronomical Union’s demotion of Pluto from planet to dwarf planet status in 2006 seemed to make it even more interesting to the public. The political wrangling over Pluto’s status, the bizarre discoveries and New Horizons’ continuing quest worked via synergy to increase public interest in and support for our mission, which in turn energized the team.

This was truly a once-in-a-lifetime opportunity to be involved in such a history-making event. It’s gratifying to know that for decades to come, the New Horizons mission will be known as the endeavor that gave us our biggest leap forward in understanding Pluto, and that I was a part of it.

As I write, this it’s the day after the encounter. We are getting back results that are astonishing! Discoveries left and right. We’ll be working on understanding the brand new data for years. And this is nowhere near the end for the New Horizons team. We’ll stay together to plan an Extended Mission for New Horizons to fly by another dwarf ice planet — either the cryptically named PT1 or PT3 — hopefully in mid-2018.

Mike Summers is a Professor of Planetary Science and Astronomy at George Mason University.