A guide to doing business in Iran 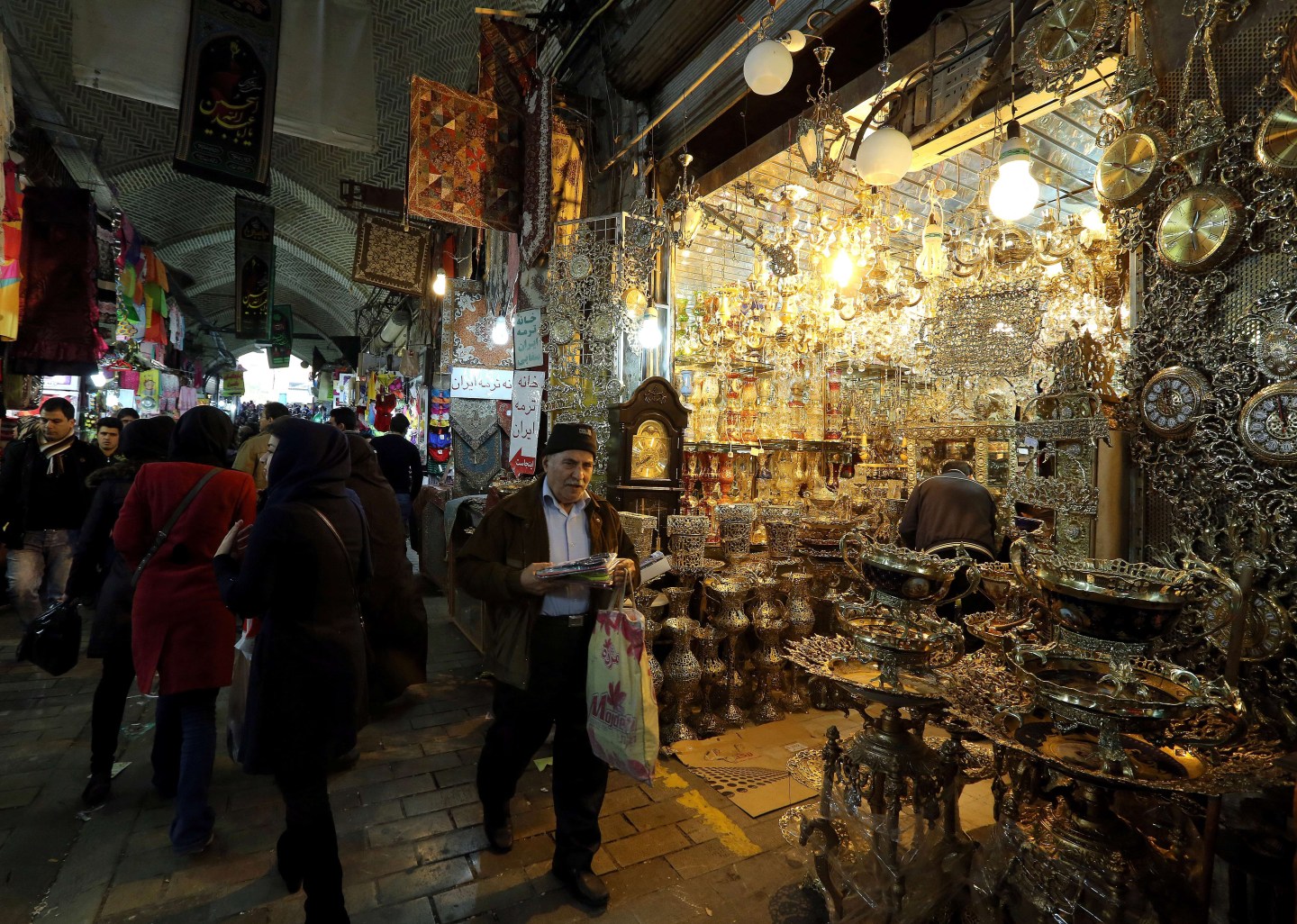 Iranians shop at the main bazaar in Tehran on December 18, 2014. Iran's inflation rate is currently between 17-18 percent, according to President Hassan Rouhani, having been above 40 percent when he took office in 2013. AFP PHOTO/ATTA KENARE (Photo credit should read ATTA KENARE/AFP/Getty Images)
Photograph by Atta Kenare — AFP/Getty Images

The Iran nuclear deal that the U.S., Iran and five other world powers struck earlier this week in Vienna may bring greater stability to the Middle East and for North America, but there’s an added layer of possibility – the prospect of new business. Iran’s newly opened market offers a multi-billion dollar opportunity.

In return for inspections of nuclear facilities, international business sanctions have been lifted on Iran, opening up pent-up demand to purchase airplanes, sell oil and import a range of products from cell phones to computers and much more.

Companies looking to enter markets throughout the entire Middle East will have to accept regional customs and traditions to achieve success. But understanding nuanced customs is no small feat; Middle Eastern ways of life vary from country to country. Businesses that pay attention to the nuanced concerns, beliefs, and values of partners in the Middle East will find themselves miles ahead of their competition.

For starters, Westerners hoping to build productive relationships will need to respect and incorporate a tribal-collectivist perspective within their business mindset. A general principle to remember is that throughout the Middle East, capitalism is combined with faith and culture (they are not mutually exclusive). Knowing the customs, traditions, laws and tribal characteristics of the region is central toward building trust. In considering the ethics of doing business, it is wise to:

Middle Easterners are renowned for their robust generosity and cordial welcoming. You’re likely to be showered with treats, gifts, and delightful experiences when visiting the region. Reciprocity is a human instinct; therefore, you will want to be equally thoughtful in kind. Know your corporate policies on gifts (receiving and giving) and understand the implications of the Foreign Corruption Practices Act and other compliance-based legal requirements and restrictions. Think ahead about how to show appreciation in accordance with corporate policies and U.S. regulations.

As a tribal people, the lines between community, personal relationships, and business are blurred. Understand that what is considered right (ethical) from a Western vantage point, may not necessarily be right, according to your Middle Eastern associate. Business ethics cannot be viewed through an ethnocentric lens. Understand too that decisions are not made in a vacuum. Family members might be consulted in business dealings. Even if family is not employed by the company, they may be viewed as consultants or extended associates.

Nepotism is rampant…proceed with caution.

These methods are likely a byproduct of the tribal-collectivist consciousness. If strings can be pulled, they will be in the Middle East. Do not assume that if a deal fails it cannot be resurrected with the right connections. But learning how to leverage connections ethically is not simple. Before engaging in action, be sure your plans are shared with your legal department.

Observe and respect cultural norms and religious practices.
For males, do not be surprised when kissed on the cheek as a greeting — this indicates a favorable partnership. Also, men, do not lean in to shake a woman’s hand unless she extends hers first. For females, shaking hands with anyone is acceptable. Be prepared to recognize and honor daily routines that may put religious practices ahead of business goals. As a predominantly Muslim population, religious practices are common in the Middle Eastern workplace. Prayer times must be observed and respected. Be sure to read about Middle Eastern customs before engaging in business; when in doubt, check with colleagues who have previously conducted successful ventures in the region.

Racing to achieve a business goal is a mistake.
Time moves differently in the Middle East. There is a “relax, it’ll get done” mentality. People who hail from more individualistic societies may expect or want things to happen instantly. It’s most likely that things will take longer than expected. Businesses have to be prepared for this, and factor it into their plans and strategic objectives.

The tribal vantage point sets precedent in business operations throughout the region.
Tribal inclusion in the Middle East transcends the immediate community and may even extend to business professionals, once good relations are established. In other words, business people can become “one of” the group, team, or even a family member. This is an honor, and doesn’t happen overnight. Once inclusion has been established, extended favors may be shared regularly. Again, be sure these benefits are ethically appropriate and in accordance with your corporate and government compliance requirements.

The Middle East’s rising Islamic capitalism offers many transnational business possibilities. To create productive business relations, however, it is crucial to understand regional cultural norms and embrace a tribal vantage point. Doing business anywhere in the Middle East involves building trust. Given the ongoing geopolitical strife in the region it is important to pursue thoughtful relations as a means of achieving peaceful business transactions.

Leslie E. Sekerka is a professor of management and director of the Ethics in Action Research & Education Center at Menlo College in Atherton, California. Marianne Marar Yacobian is an associate professor in social sciences at Menlo College.