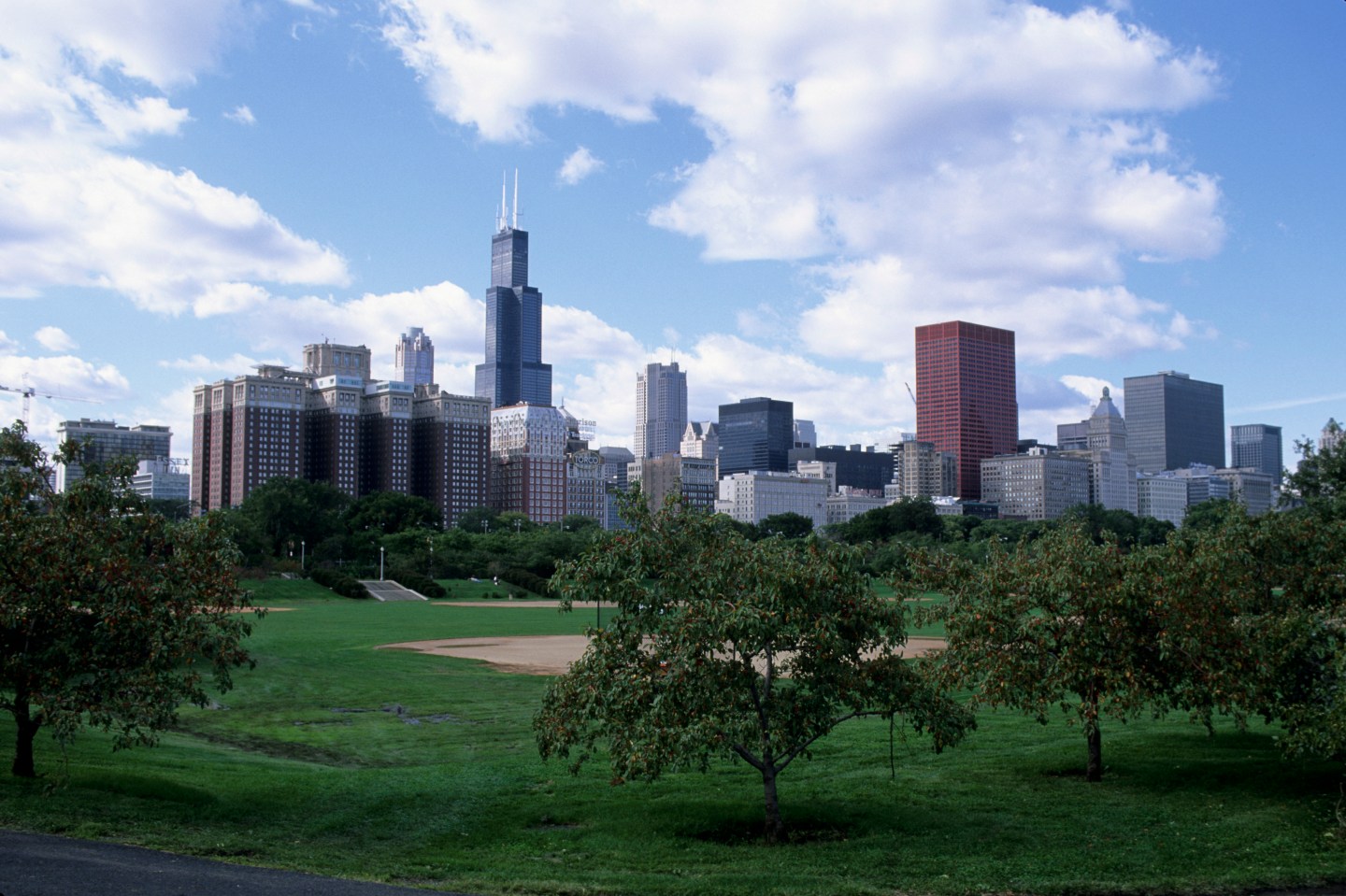 Chicago has long had a steep sales tax, but a vote by Cook County commissioners Wednesday night made the city’s rate the highest of any major city in the nation.

The commissioners approved a 1% hike, which bumped the sales tax rate in Cook County—where Chicago is located—from 9.25% to 10.25%. The increase passed with the minimum number of votes needed and is aimed at helping bail out the pension system for county workers.

Chicago’s 10.25% sales tax rate, which goes into effect January 1, 2016, surpasses four cities in Alabama—Birmingham, Montgomery, Macon, and Mobile—that previously captured the highest sales tax title, according to the Tax Foundation. They all have city sales tax rates of 10%. Other cities near the tip-top are Fayetteville, Ark. (9.75%) and Santa Monica, Seattle, and Tacoma, Wash., which all have sales tax rates of 9.5%.

Cook County Board President Toni Preckwinkle, who advocated for the hike, said the increase would generate an estimated $474 million more in sales tax per year and is necessary to ward off the “pension tsunami” that’s closing in on the county. The retirement fund has a shortfall of $6.5 billion—a figure that’s growing by $360 million per year.