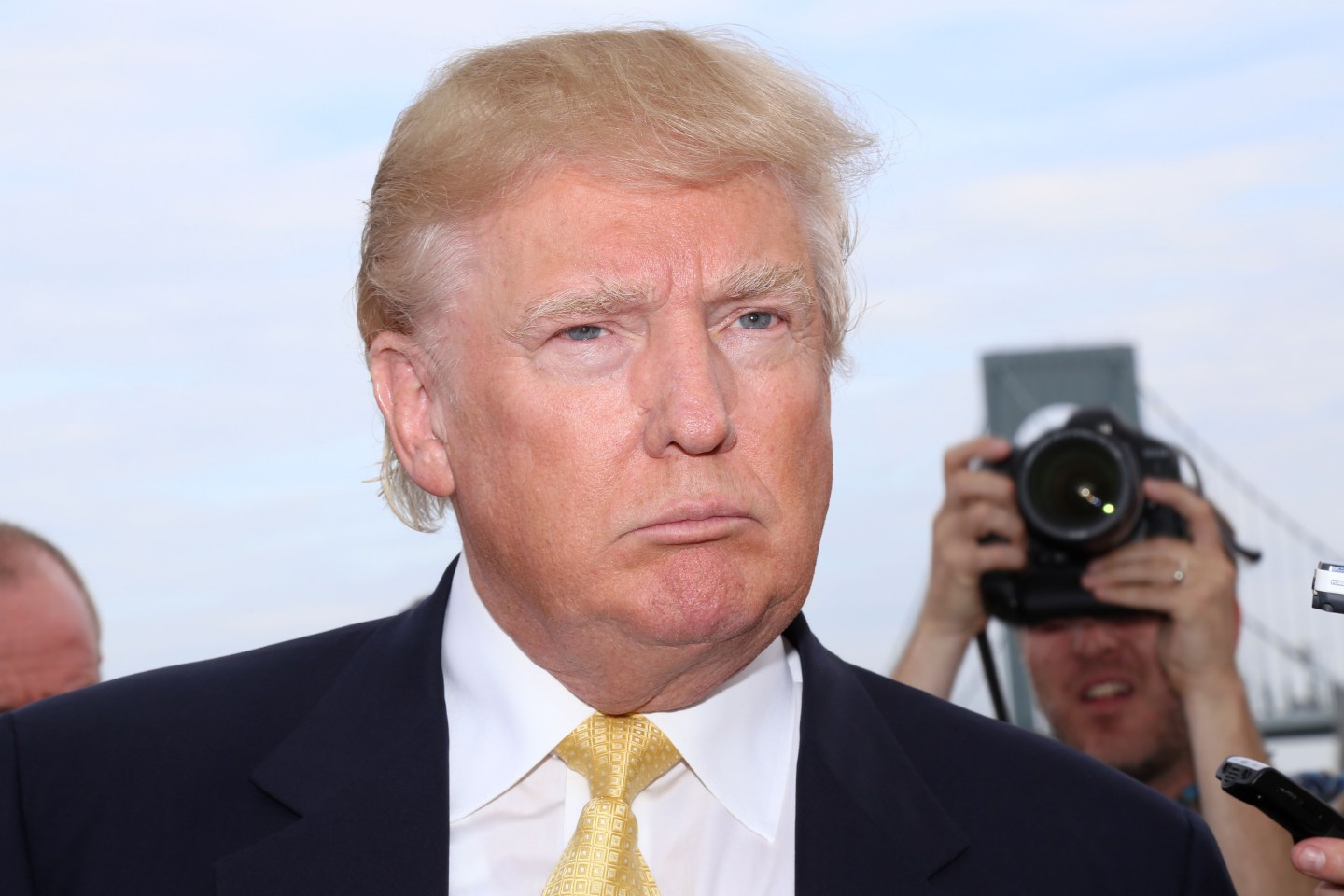 Donald Trump told Fortune in February that he has “the very best” golf courses in the world. But on Monday, a course in Puerto Rico that bears his name filed for bankruptcy. The property listed assets of just $9.2 million compared with debt of up to $78 million, Bloomberg reports.

Trump International Golf Club first opened in 2004 as Coco Beach Golf & Country Club, the name it still uses for legal purposes. It rebranded in 2008 when it paid for the license to use Trump’s name. In 2011, the club borrowed $26.4 million in municipal bonds for new construction, but defaulted on a payment of $119,814 to those bondholders last August, citing “financial difficulties.”

It’s not a surprise that the opulent property — home to a resort, a 46,000-square-foot clubhouse, and two 18-hole courses designed by golfer Tom Kite — was underperforming at a time when Puerto Rico’s economy is in major crisis. The island is unable to pay back $72 billion in public debt, and its New Progressive Party is supporting a bill to have Puerto Rico file for bankruptcy, much like Detroit did in 2013. (Governor Alejandro García Padilla has called the situation a “death spiral.”) Of course, Trump-owned and Trump-branded courses outside the U.S. largely depend more on vacationers than business from locals, but tourism to Puerto Rico has also fallen as a result of the crisis there. Meanwhile, local unemployment is high and poverty rates have risen.

Coco Beach Golf & Country Club aims to sell its assets to OHorizons Global Network, a consulting firm in Puerto Rico, which has offered nearly $2 million for the property.

To be clear, Donald Trump does not own this golf resort. It’s simply branded with his name. It’s unclear how much the club paid for that licensing, but it has also defaulted on payments to Trump. Because he doesn’t own the course, Trump is distancing himself from this bad news. His son Eric Trump, who runs much of his father’s golf business, told Bloomberg: “We have zero financial investment in this course… This has absolutely nothing to do with Trump [the corporation]. This is a separate owner. We purely manage the golf course.”

Nevertheless, this is not a good look for the Republican presidential candidate. Bankruptcy of any property bearing his name is not something Trump wants right now. And this property is hardly a no-name course: it played host to the 2008 Puerto Rico Open, an official PGA Tour event. It represents yet another fallen domino in a recent spate of bad news for Trump’s golf-related businesses.

The trouble began with Trump’s comments about Mexican immigrants last month. (His remarks to Fortune about what kind of people ought to play golf did not go over well either.) Since then, the PGA of America pulled its Grand Slam of Golf from Los Angeles’ Trump National Golf Club, issuing a statement criticizing his remarks; ESPN pulled its ESPY charity golf tournament from the same course and issued a similar statement; and the LPGA, which co-sanctions (but does not run) the RICOH Women’s British Open, issued a statement suggesting that it wished to pull that tournament from Trump Turnberry, in Scotland, but didn’t have enough time: “At the current time, plans are to continue to stage the RICOH Women’s British Open at Turnberry. With just three weeks until the championship, a change in venue for this prestigious major simply isn’t feasible without significantly diminishing the event. By no means, however, does this decision suggest support for Mr. Trump’s comments.”

Golf’s governing bodies are shifting away from Donald Trump. He owns or has licensed affiliation with 17 different golf properties and has long had hopes of hosting a Major at one, but the political controversy has, for now, weakened that prospect. The bankruptcy of a Trump-branded course in Puerto Rico is another ding against his golf empire—an empire with a valuation Trump has reportedly inflated by $1 billion.