Why disability rights is everyone’s business 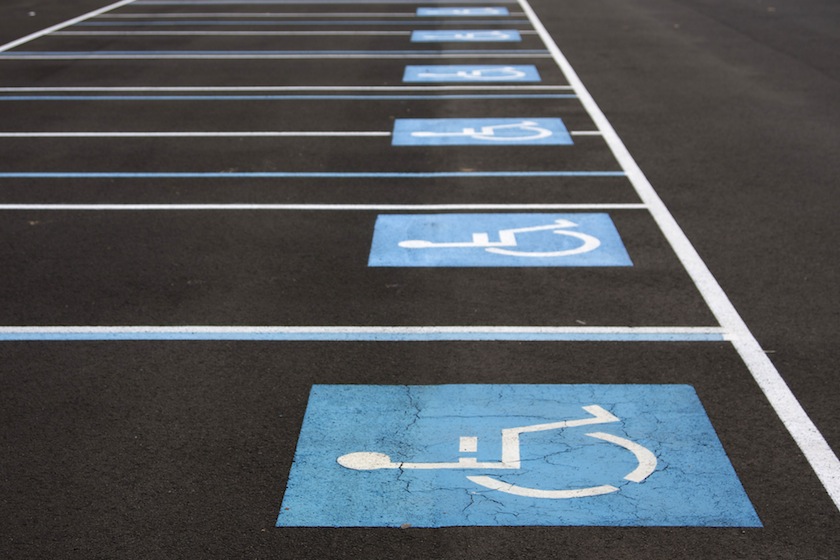 Last May, suffering from a back problem that would require surgery by early July, and facing the prospect of climbing up long and steep steps to board a British Airways 747 flight from London to San Francisco, I requested assistance. I didn’t get any help boarding the flight—not even someone to help me haul my carry-on up the stairs.

When I filed a complaint with the Civil Aviation Authority of the United Kingdom, I learned that I should have “pre-notified” the carrier that I needed assistance (assistance I did not foresee needing as I would have had no trouble had the flight boarded through a jetway like at a normal first-world airport). Heathrow Airport responded similarly—it was my fault for not anticipating a possible obstacle. Omniserv, the outsourced provider of transportation services for the physically challenged at Heathrow, sent me a nice e-mail that again invoked the requirement for pre-notification. But Omniserve went on to tell me that even if I had done everything I should have, “factors such as late or early flights, queues at Immigration or Security,” and the many other operational difficulties Heathrow Airport and BA face meant that accommodation and assistance is not assured.

A complaint to the U.S. Department of Transportation resulted in a finding that there was a violation of the Air Carrier Access Act. But that result wasn’t going to help me or anyone else in a similar situation. When the Americans with Disabilities Act was passed by Congress 25 years ago, the airlines got themselves exempted. Instead, airlines are covered by the Air Carrier Access Act of 1986. This law is much more lenient than the ADA, because airlines are freed from being subject to a law that permits wronged individuals or groups of individuals to file private lawsuits when their rights are violated.

My job at Stanford Business School has brought me into contact with some amazing people who have endured substantial challenges. Those experiences coupled with my own Heathrow-BA disaster caused me to ponder: how it could be that in the 21st century, with all of the various laws and regulations that are supposed to make it easier for people with physical challenges to avail themselves of as many domains of modern life, including air travel, as possible, could my experience occurred? Here’s what I found out, and more importantly, why everyone should care about the enforcement of disability rights.

It will eventually happen to you

If you or your parents and other loved ones have the good fortune or good genetics to live long enough, the odds of your facing some form of physical limitation will go up substantially. Disability is, unsurprisingly, age related. For the non-institutionalized population in the United States, just 5.5% of people aged 16-20 reported a disability in 2012, the most recent year for which data are available. For people 65 or older, the comparable percentage was 35.8%, and for people over 75, some 50% of individuals reported some degree of disability. Nor is this a finding unique to the United States. In a study of 59 countries, the data showed that while 8.9% of people in the 18-49 year old age group reported having a disability, the corresponding prevalence estimate was 38.1 percent for people over 60. Aging makes disability concerns almost universal.

Disability is not some rare condition that affects few people. As a press release from the U.S. Bureau of the Census noted, in 2010, “56.7 million people—18 percent of the population—had a disability.”

If you think that laws and regulations forbidding discrimination or the evolution of social values that advocate greater acceptance for people with disabilities have solved most of the issues concerning individuals’ rights, I have news for you: you are wrong.

Consider my example, air travel. In 2004, the Department of Transportation received 11,519 complaints covering all air carriers flying into the US. By 2012, less than a decade later, the number of complaints had soared, more than doubling to some 25,246.

While access to public places such as restaurants and stores has clearly gotten better, even 25 years after the passage of the ADA, access remains a problem for many, as evidenced by the growing number of suits filed. A Wall Street Journal article in October 2014 noted that the number of lawsuits filed under a provision of the ADA establishing “accessibility requirements for businesses and other public places” increased by some 55% between 2013 and 2014.

And no, the soaring number of suits is not from overzealous attorneys seeking individual enrichment. The complaints of the disabled are far from frivolous. For instance, Larry Paradis, executive director and co-founder of the public interest litigation firm Disability Rights Advocates, told me that just 15% of New York subway stations have elevators, thereby making it impossible for people in wheelchairs or, for that matter, anyone who can’t navigate steps to use 85% of the system’s stations. The Bay Area Rapid Transit System (BART), which carried its first passengers in the early 1970s, was originally designed without disability access. Although elevators were eventually added in all BART stations, many of them are not located in the center of the stations, so maintenance and cleanliness remain problematic.

Moreover, the growth of Uber, Lyft, and similar ride-sharing services has made transportation for the disabled even more problematic. While taxi companies, bus systems, and other common carriers face legal requirements to provide some access for people with limited mobility, so-called platform companies that merely connect drivers with passengers and whose terms of service specifically state that the companies are not in the transportation business have told Paradis and his legal colleagues that disability rights regulations do not apply to them.

Then consider the case of employment. Providing people with disabilities better access to jobs is something everyone should support. Conservatives should like providing more job opportunities, as it permits people to earn money to support themselves and thus diminishes their need for public assistance. Liberals should be in favor of more job opportunities, as work can provide people not just with money but with dignity and the sense of self-worth that comes from making valued contributions to society.

Unfortunately, barriers, stereotypes, and prejudice continue to confront people with physical challenges. As a consequence, only a small proportion of disabled individuals is able to participate in the workforce. According to an online disability statistics data search tool maintained by Cornell University, thirty years ago, 34.6% of people between the ages of 18 and 64 who had a work limitation reported having worked 52 hours or more in the prior calendar year. In 1990, the year the Americans with Disabilities Act passed, that proportion reached a high water mark, with 39.4% of people with some work-related limitation working more than 52 hours. But by 2013, the latest year for which data are available, just 21%, barely more than one out of five disabled people, worked as much as 52 hours (one hour a week) or more in the prior year. This means that the proportion of people with disabilities in the labor force has actually declined by almost 40% in less than 30 years.

Some argue that organizations that advocate for the disabled are powerful, but in 2013, the U.S. Senate failed to ratify the “United Nations Convention on the Rights of Persons with Disabilities.”

Is there any hope?

A United Kingdom task force on disability rights described the current situation well: “Disabled people are one of the most disadvantaged groups in society.” Although there are laws designed to provide people facing temporary or permanent physical challenges appropriate accommodations and assistance, “gaps and weaknesses leave disabled people without comprehensive and enforceable civil rights,” rendering many of them unable to fully participate in activities ranging from employment to air travel free of discrimination.

But this situation can be changed, as I have learned from watching Ben Foss over the years. Ben has dyslexia and has earned both an MBA and law degree from Stanford. Foss founded an organization, Headstrong Nation, to help parents and dyslexic children thrive in an educational system that has not offered legally required assistance. The motto of the organization is informative: “Dyslexia is not a disease. It’s a community.” Foss also wrote a book, The Dyslexic Empowerment Plan, that helps dyslexics and their family and friends understand their rights and what actions they can and should take to get the resources and assistance necessary to facilitate their education. While 15% of U.S. students are dyslexic, according to Foss, only 3% of people graduating from a four-year college are as many dyslexics fall by the wayside in the educational system. How unfortunate, as one-half of NASA employees are dyslexic and the ranks of the dyslexic include Charles Schwab, Richard Branson, the head of the Cleveland Clinic, and noted attorney David Boies, among many others.

Foss told me that private legal action has been essential to improving the lives of the disabled. Particularly in California, where disability lawsuits can provide not just injunctive relief to remedy conditions but also fines and legal fees, the private bar has been instrumental in encouraging companies to ensure the rights of the disabled. Organizations such as the National Federation of the Blind that forcefully advocate for the disabled have helped educate companies and influenced their policies to make their products more user-friendly. But as smartphones and tablets are increasingly prevalent and necessary for employment and commerce, upgrades to applications do not always ensure disability access gets retained.

As Ben Foss commented, it is ironic that, as a country, we send people to fly military missions overseas but, if they come back disabled, they are often unable to easily fly for business or to see family and friends back in the U.S.

With enough public pressure and understanding from people who recognize that someday they and their loves will face these challenges, maybe there’s hope for meaningful change. After all, offering help to those who need it is the humane and compassionate, as well as legally required, thing to do.