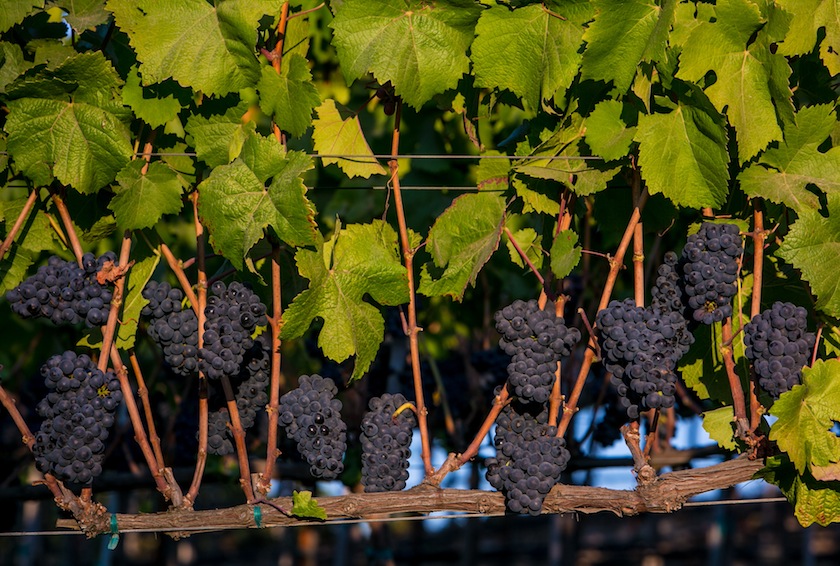 ANNAPOLIS, CA - AUGUST 26: Pinot noir grapes are ready to harvest in a vineyard on the "True Sonoma Coast" on August 26, 2014, near Annapolis, California. Warm sunny skies in Sonoma County Wine Country have made for excellent grape growing conditions. Despite the drought, the 2014 grape harvest is early and average in terms of tonnage. (Photo by George Rose/Getty Images)
Photograph by George Rose—Getty Images

The luxury market for grapes in Japan has gotten out of hand: a single bunch has sold for $8,200.

In a frenzy that harks to the famed tulip bulb craze of the 1600s, prices keep ticking higher for Japan’s Ruby Roman grapes, which are grown on the west coast of Japan. Those grapes are selectively bred to emphasize sweetness and low acidity, the Wall Street Journal reports, a breed developed over 14 years. The grapes first went on sale in 2008.

Since then, the prices just keep leaping higher. A bunch sold for a relatively modest $910 in 2008 and by 2011, commanded $6,400. For the record, even the most expensive bunch of grapes sold by New York-based online grocer FreshDirect only goes for $4.99 per pound.

For the latest record-setting sale of Ruby Roman grapes, WSJ reports the winner was a chef who plans to use the grapes for dessert over the next few days. The bunch sold had 26 grapes, meaning they sold for $315 apiece.

WSJ has an image of the grapes, which can be seen here:

In Japan, bunch of grapes sells for record $8,200 http://t.co/rOv0siIlRe pic.twitter.com/3xL7yAFyaE