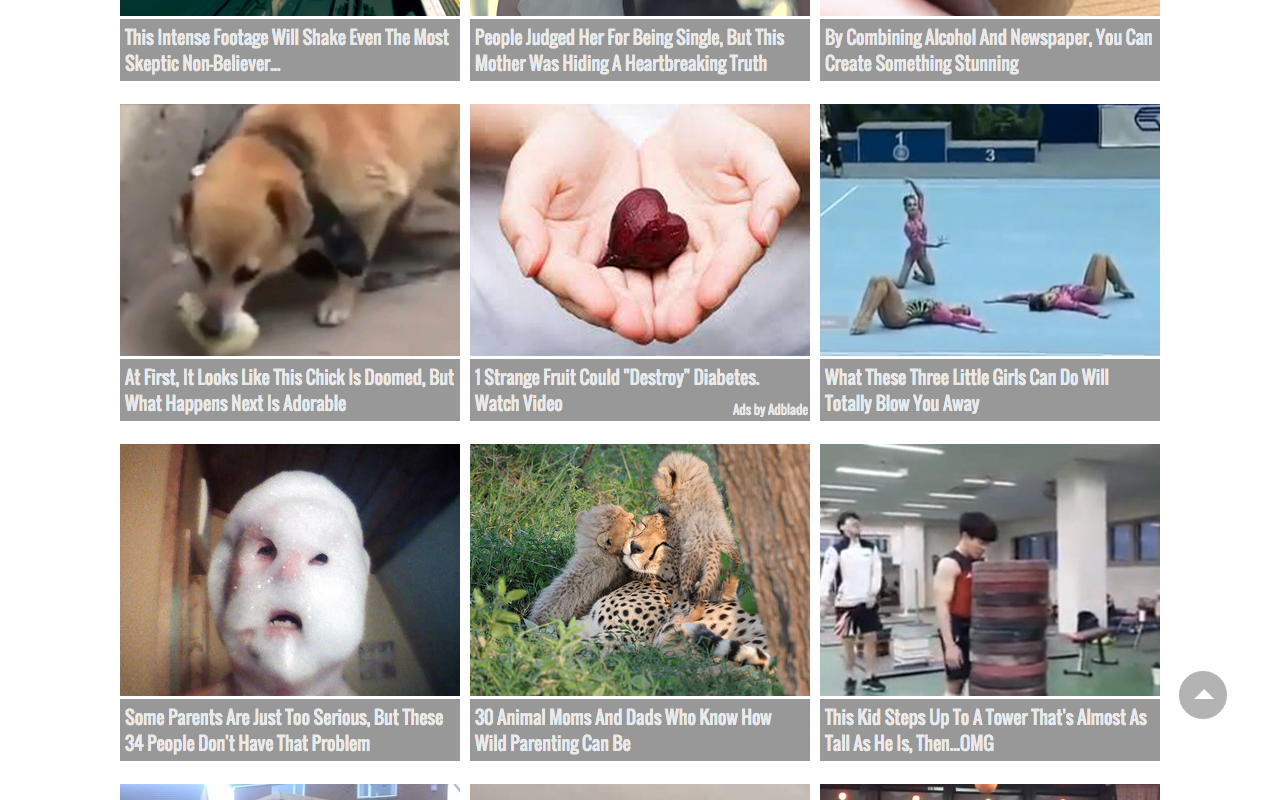 Danny Zappin is on a roll. Today he announces the 15th acquisition for his one-year-old startup, Zealot Networks.

But the latest deal values its well-known target, content factory ViralNova, at $100 million, according to a person familiar with the deal. It’s unclear whether that amount includes earn-outs.

ViralNova is a surprising acquisition, given that a few months ago, the company’s founder said it was no longer for sale. Beyond that, it’s unclear how a website known for its viral content fits into Zealot Networks’ hodgepodge of acquisitions. Zappin says the method behind his madness will become clearer as Zealot fully integrates its disparate parts.

“The long term vision is to be a media and entertainment company,” Zappin says. “We want to create original [intellectual property] on the content side and the technology side.”

With ViralNova, he got both. ViralNova has built a well-oiled content-producing machine with a large audience, as well as the technology that powers it to do things like A-B test headlines and optimize for various social networks. Zappin says he may look to bring other publishers onto ViralNova’s publishing platform.

“The tech component made it feel like a scalable platform play, versus just a website,” Zappin says.

Love it or hate it, ViralNova’s strategy of cynically appealing to peoples’ emotions to get them to click worked. It earned the company an audience of 100 million monthly unique visitors and $10 million in advertising revenue last year. (ViralNova has not raised venture capital.) The problem is, that style has a shelf life. ViralNova now cites a range of “70 million to 100 million” monthly visitors. Meanwhile Upworthy, a company that pioneered the “curiosity gap” headline, saw its traffic tank when Facebook changed its algorithm. It is currently undergoing a pivot.

Viralnova also pivoted, according to founder Scott Delong. Early this year the company moved from Ohio, where Delong started the site as a one-man operation in his house, to New York. There he hired 24 employees to churn out blog posts. The company diversified its sources of traffic to safeguard against a Facebook algorithm change. In addition, the company tried to evolve beyond clickbait to something I called “Internet mining,” or finding interesting artists or stories from user-generated websites like Reddit, Tumblr and YouTube. Lastly, ViralNova implemented a native advertising strategy ripped straight from BuzzFeed’s playbook.

The company had barely started on those changes when Zealot acquired it. Delong and his CEO, Sean Beckner, touted Zealot’s relationship with agencies and brands as a major reason for the sale.

“We’re venturing more and more into working with agencies and doing brand stuff with sponsored content,” Beckner says. “What we liked [about Zealot] is being able to offer a holistic package,” he says, referring to Zealot’s video and music studio acquisitions. He adds: “It makes a really compelling offering to brands.”

For Zappin, Zealot Media is a bit of a comeback story. On two occasions he sued the startup he previously co-founded, Maker Studios. In the first, he claimed he was fraudulently ousted as CEO; in the second, he sought to block the company’s sale to the Walt Disney Company (DIS). Video industry insiders don’t exactly know what to make of him — some say he’s a mad genius, others speculate he’ll be out of money in a year.

Despite his objections to Disney’s acquisition of Maker Studios, Zappin made around $25 million in the deal. He put approximately $15 million of it into Zealot Media. Zealot has raised $25 million in total funding, including from London TV network ITV, and Zappin says the company will soon announce another round of investment. Zealot Networks, which Zappin says is profitable, has grown quickly with its acquisitions, boasting more than 200 employees and monthly revenue of roughly $8 million, Zappin says.

Zealot’s acquisition streak will likely slow down as Zappin works to integrate the many moving pieces. He notes that the deals have all been a mix of cash and stock with earn-outs to incentivize his portfolio of acquisitions, which span Nashville, New York and Los Angeles, to work together.

Update: This story has been updated to say that Zealot Networks has acquired 15 companies, not 14.