How to spot a ‘cyberloafer’ in a job interview 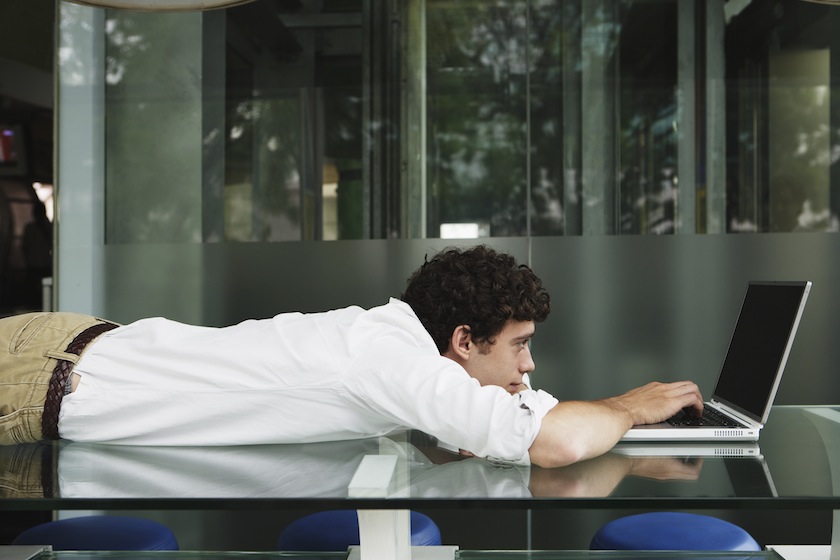 From booking your next vacation, to shopping, playing games, and sharing cat videos with Facebook friends, no question, the Internet offers limitless options for goofing off.

“The technology seems to be irresistible,” observes Maria Triana, who teaches management and human resources at the graduate business school at the University of Wisconsin-Madison. “Even the most conscientious employees admit they spend some time on non-work-related sites, especially between tasks.”

That’s fine in small doses. Taking a break now and then is a proven stress reliever that can improve concentration. But what Triana calls “cyberloafing,” or spending up to three hours a day surfing the web, is way too much of a good thing. So she, along with colleagues from three other universities, conducted a study to find out whether employers could spot potential cyberloafers ahead of time.

Based on the behavior of 283 white-collar professionals, half male and half female, the research suggests that hiring managers look for two personality traits: Conscientiousness and emotional stability.

Both are “strong predictors for job performance” that interviewers often look for anyway, Triana says, but they’re especially useful in predicting who will waste too much time on the Internet. People who score high in conscientiousness “seek to fulfill their obligations” and aren’t easily distracted from a task. And “emotionally stable people have less need to spend time and energy regulating their emotions … and are less likely to lose focus” and wander off into cyberspace.

As two of what psychologists regard as the Big Five personality traits, both attributes can be measured in short standardized tests, but “the answers are easy to fake,” notes Triana. “The best approach is to give a candidate a task or project similar to the job they’d be doing, and then look closely at how they handle it.” Conscientious and emotionally stable people will be calm, methodical, and logical under pressure.

A second deterrent to non-work web surfing, the study found, is treating employees fairly—and, just as important, making sure they know it. The researchers found that even highly conscientious, emotionally stable employees spend more time fooling around online if they perceive “a lack of justice in the office,” Triana says. “People need to feel that they’re being treated with respect, that management is being transparent about decisions that affect them, and that company policies—especially regarding pay and promotions—are applied in a consistent way.”