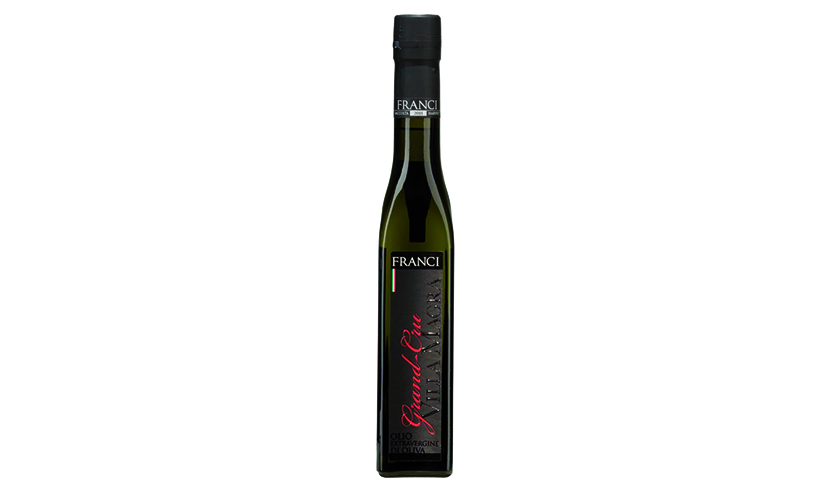 There’s everyday extra virgin olive oil. Then, there are the high-end varieties that can cost $50 or more for one bottle. Like wine, chocolate, and sea salt, this kitchen staple has joined the rarefied ranks of luxury food items.

“Unlike before where all extra virgin olive oil was regarded as one category, there’s now a sub-sect of premium ones which are taking a life of their own,” says Curtis Cord, publisher of the online web site Olive Oil Times and founder of the annual New York International Olive Oil Competition.

These oils are of another echelon according to Cord because of the superior way in which they are produced: the olives for them, called cultivars, are picked just before they are ripe making for a less acidic and more fruity and pungent end result. And, instead of lying around in sacks before being pressed, they are crushed and bottled immediately, minimizing exposure to air, light, and heat, which keeps them from going rancid and musty.

Interest in these pristine versions seems to be at an uptick. According to statistics from the Madrid-based International Olive Council, olive oil consumption in the U.S. has gone from around 90,000 tons in 1990 to 300,000 tons this year. High-quality extra virgin olive oils are taking up are a larger share of that market as consumers become more educated about their health benefits and taste.

These varieties aren’t meant just for mixing with balsamic and dumping on salads. Cord recommends drinking them from a spoon to fully appreciate their flavor and using them to elevate dishes, similar to a shaving of white truffles or a dollop of caviar.

Below are five oils from different regions around the world that are worth the investment.

Don’t let the affordable price of this oil take away from its superior quality— it’s one of the best to come out of Greece and is made with Koroneiki olives grown in the Kolymbari region of Crete on the western part of the island. Farmers from the family-run business collect the fruit from nets underneath the trees because they are less acidic when they don’t touch the ground, and though it’s not full-on peppery, the taste is bold, luscious and slightly spicy. Chef Maria Loi, who owns the NYC eatery Loi Estiatorio, is the spokesperson for the oil and says it’s incredibly versatile- use it to add flavor to anything from cooked vegetables and gazpacho to grilled steak. You can even substitute it for butter in baked desserts. Athena Oil, Crete, Greece, $17

From the Paris-based upscale olive oil brand Oliviers and Co., this bottle comes from a 1000-acre family-run farm in the Castilla de la Mancha region in southeastern Spain. Most extra-virgin kinds from the country tend to be full-bodied, but the Picual olives used in this variety give it a delicate and soft taste. In fact, it’s so smooth that it can do double duty as butter. It’s great to dip bread in and to toss with rice or pasta and works especially well on fruit to amp up the sweetness and bring in a layer of richness. There are only a 150 bottles for sale in the U.S. Finca de Penarrubia, Castilla de la Mancha, Spain, $30

Started in 2009 by two long time friends and farmers, Nena Talcott and Bonnie Storm, this oil is named after the year they were both born- 1945. Marketing gimmicks aside, this is serious stuff. It’s made with a blend of 300 Tuscany variety trees including Leccino and Frantoio and 200 Noccelara de Belice ones from Sicily. Storm imported them from Italy, and they grow on her 240-acre ranch in a remote area of Napa County. Their creation has a deep green color and medium robust taste with pepper at the finish and works beautifully on salads, pastas, grilled meat and even popcorn. The aluminum bottle it comes in keeps UV rays out so the oil won’t spoil. Grove 45, Napa Valley, California, $40

Extra virgin olive oil from France might be at its most decadent when it comes from this brand run out of a chateau in the heart of Provence where the 212 acres of trees grow on the southern slopes of the Alpilles hills. The label is known for its five single variety oils, and like the name indicates, bitter and spicy Béruguette olives are the ones used here. Similar to a fine wine, a complexity of flavors comes through at once: while the forefront is sharp and grassy, hints of raw almonds and hazelnuts linger in the background. Those new to the intricacies of olive cultivars might find the Béruguette overpowering for raw greens, but a drizzle over cooked fish, chicken and meat makes for a memorable meal. Le Chateau d’Estoublon Beruguette, Provence, France, $44.95

The gold standard for many well-known chefs who attest to its superior taste, this bottle comes from a Tuscan family-run producer. Frantoio olives – the only kind used – give it an intensely grassy aroma and flavor which only becomes more pronounced at the end. In fact, the spiciness persists in the mouth long after the oil is finished, and tastes of green almonds and cherries also shine through. Incredibly smooth and sumptuous, it’s excellent on fresh cheeses like burrata and transforms a bowl of pasta with parmesan slivers from rustic to refined. Frantoio Franci Villa Magra Gran Cru, Tuscany, Italy, $54.95