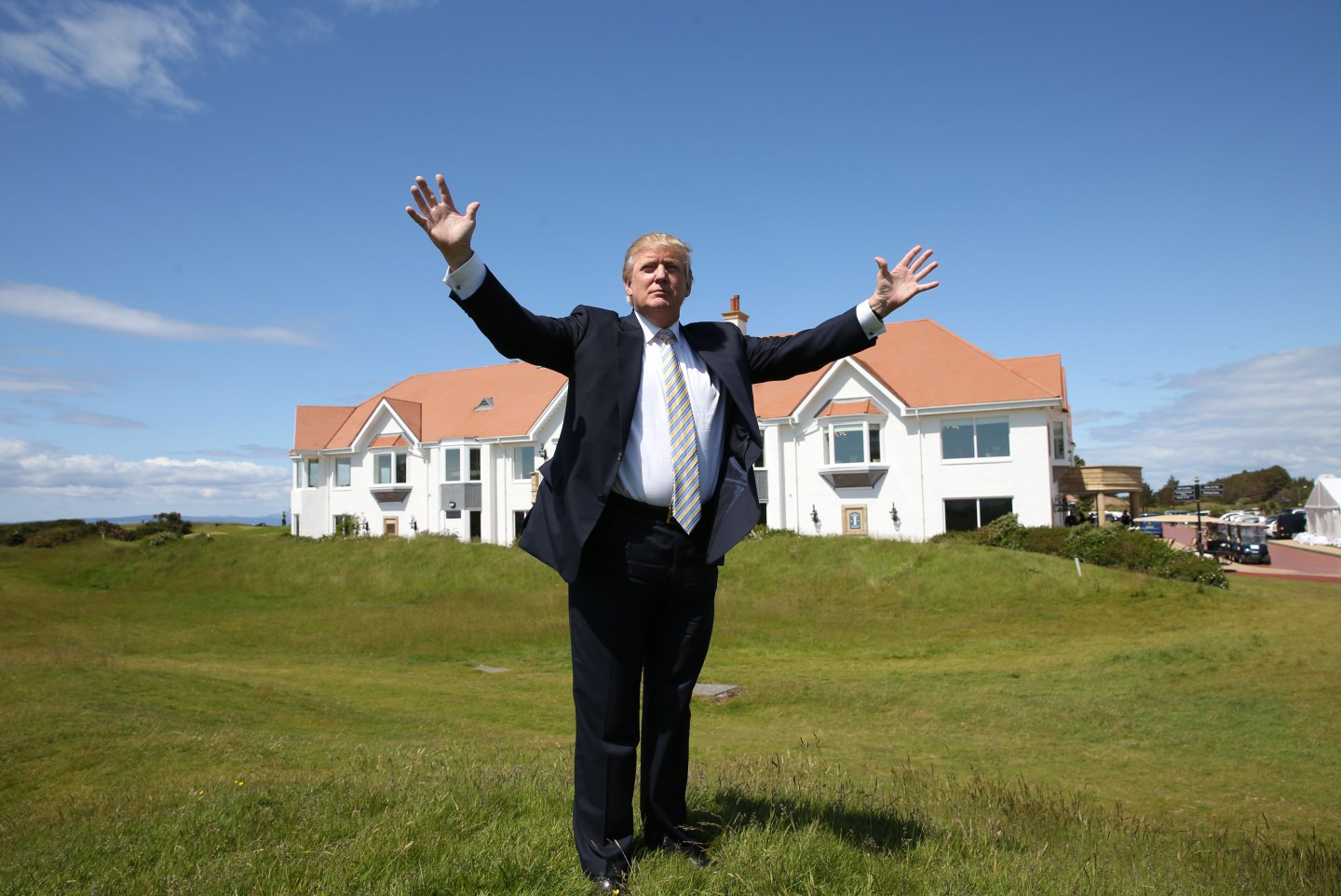 The PGA of America said on Tuesday that this year’s PGA Grand Slam of Golf tournament will not be played at the Los Angeles golf club owned by Donald Trump and his family.

Trump has some strong views on the type of people who should be playing golf, in general, but the billionaire real estate mogul and Republican presidential candidate is apparently on board with the PGA’s plans to find a new venue for this year’s Grand Slam. In a statement, the PGA said its representatives met with Trump on Monday and “the parties mutually agreed that it is in the best interest of all not to conduct the 2015 PGA Grand Slam of Golf at Trump National — Los Angeles,” the sprawling, $260 million golf course owned by the Trump Organization.

“The PGA of America is in the process of exploring options, including a venue for its annual PGA Junior League Golf Championship, and will comment further at the appropriate time,” the organization said in its statement.

Even with Trump’s apparent support, the decision shows that the golf association continues to publicly distance itself from “The Donald” amid the ongoing uproar over derogatory comments Trump made about Mexicans in a speech kicking off his presidential candidacy last month. In the speech, Trump called for stricter U.S. immigration laws and an enforced border with Mexico while accusing Mexican immigrants of rape, murder, and drug-dealing. Trump also reportedly recently deleted a tweet in which he claimed that rival Republican presidential candidate Jeb Bush would not take a strong stance on immigration because Bush’s wife is Mexican.

After making those derogatory comments, Trump actually went on to say his opinions had the backing of the golfing community, which prompted a joint statement from the PGA Tour, LPGA Tour, USGA, and PGA of America last week stating that Trump’s comments “do not reflect the views of [those] organizations.”

Last year, the PGA of America announced its partnership with Trump, which included this year’s Grand Slam as well as several future tournaments slated to take place at Trump golf clubs around the U.S. That partnership includes the PGA Championship being played at the Trump National Golf Club’s Bedminster, N.J., location in 2022.