What the new Greek drachma would be worth 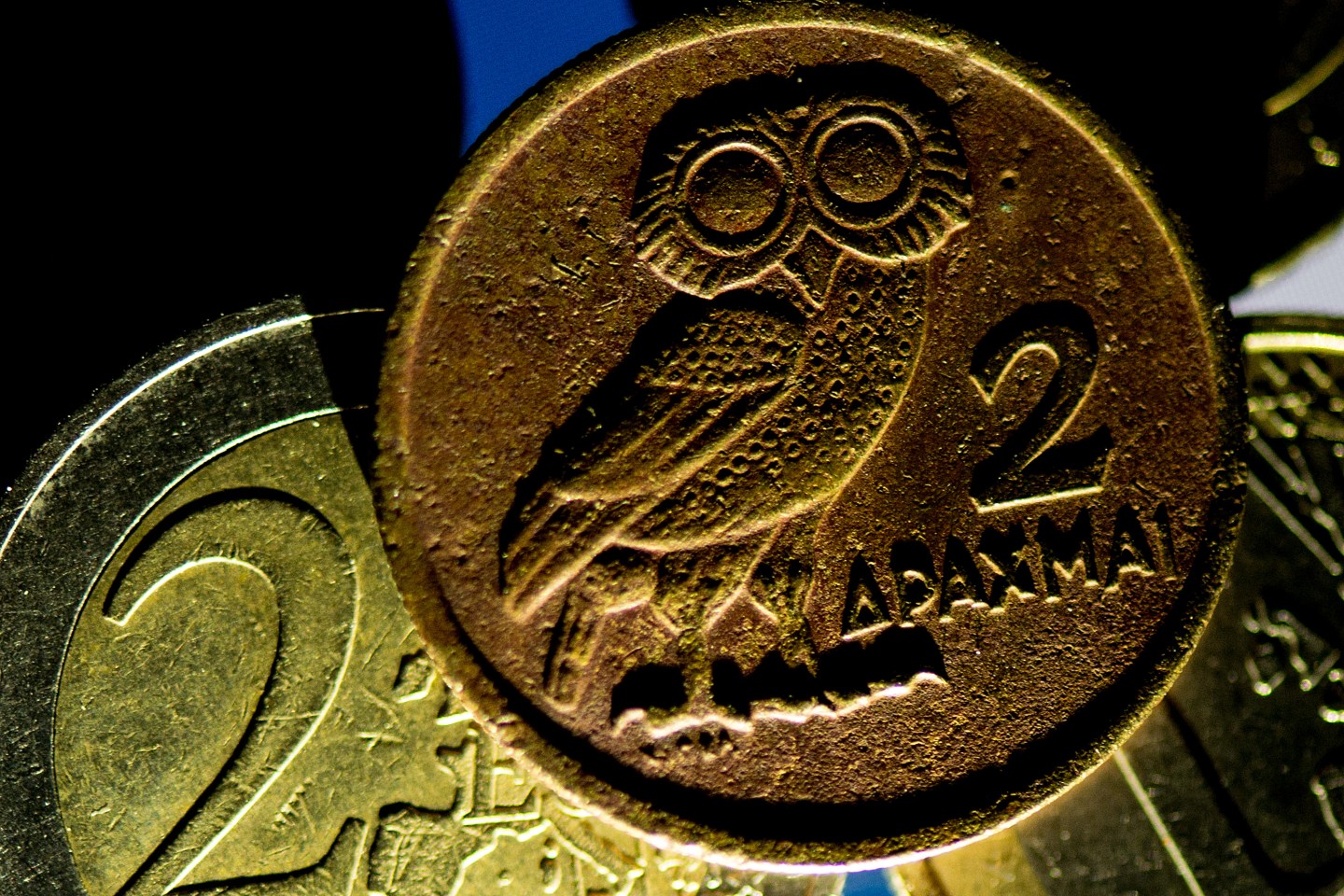 Greek drachma might not be as worthless as people think.

We may still be a ways from finding out. Even after Greeks voted “No” to a European bailout package that would have placed new restrictions on its economy, it’s not clear the country will leave the euro. Greek Prime Minister Alexis Tsipras says it won’t, and negotiations will continue on Tuesday.

But many others don’t see a way around it. European leaders are unlikely to forgive the country’s debt without new austerity measures. The vote suggests the Greek people don’t want that. So going it alone may be the only answer.

Drachmas, the Greek currency before it joined the euro, haven’t been around for a while. They were officially phased out in 2002, but the transition took time. And the last of the currency was not not officially converted until 2012. Presumably, if Greece were to leave the euro, all of the money in Greek banks would be converted back to drachma. Putting aside the difficulty of switching over a country’s currency, the big worry is that those new drachma would be worthless.

The value of the drachma would definitely fall, but perhaps not as much as people think. And it may not fall as much as it potentially would have if Greece had exited the euro a few years ago, when its recent debt problems surfaced.

Greece does tend to do a lot of importing. But there’s good news here. Nomura’s Jens Nordvig, one of Wall Street’s top currency strategists, says that if Greece had exited the euro in late 2011, when such a move seemed possible, the drachma would have likely plunged 30% based on its currency misalignment with other nations. Since then, Greece’s economy has plunged, which, from a currency perspective, is good news, at least in part. The Greek people can afford far fewer imports than they used to. So, Greece’s current account has swung from a deficit of nearly 10% of its GDP in 2011 to a current account surplus of just over 3%.

Meanwhile, the value of the euro has fallen in the past three-and-a-half years, by around 15%. Put those two factors together, and the result, at least according to Nordvig, is that based on its current account alone, Greece’s new drachma would only have to fall about 7% for it to be realigned with other nations. Not bad.

But the currency account is only half of the equation. The other half is expected inflation. And that doesn’t spell such good news for the drachma. It is assumed that, after Greece breaks out of the euro, the nation’s central bank will do what it can to boost its economy. That likely means driving down interest rates and printing lots of money. That will lead to a rise in inflation. The county is also likely to default on its international debts, which are priced in euros. That will hurt the value of the drachma as well. What’s more, Greece historically has had higher inflation than other European nations.

Add it all up and Nordvig puts the implied annual inflation of Greece at 8.6%. That’s not great. The U.S.’s inflation rate has been below 2% for a while, and it has been around zero for most of this year. Still, 8.6% is far from “wheelbarrows full of money” bad. Assume Greece gets its inflation problems under check in five years, which is a long time in the world of currency, then, based on inflation, the new drachma could plunge 43%.

So, if drachmas started at one drachma per euro, Nordvig predicts the conversion rate would quickly plunge to two to one. That could be generous, of course. Brazil, for instance, has a similar inflation rate to what we would likely see in Greece. Its currency trades for nearly 3.5 reals to one euro. But Brazil’s current account deficit was recently just over 4% of its GDP.

While a currency devaluation will certainly be painful for the Greeks, it will eventually give the country an economic boost, making its exports cheaper. For Greeks, local goods are also likely to be considerably cheaper than imports. Roger Bootle, the founder of London-based markets and economic analysis group Capital Economics, has estimated that a one off 30% devaluation in Greece’s currency will boost the nation’s economy by 20%. That’s likely to help Greek currency in the future. So, as long as Greek banks don’t fail, another lurking problem, the drachma could be better off than many think.