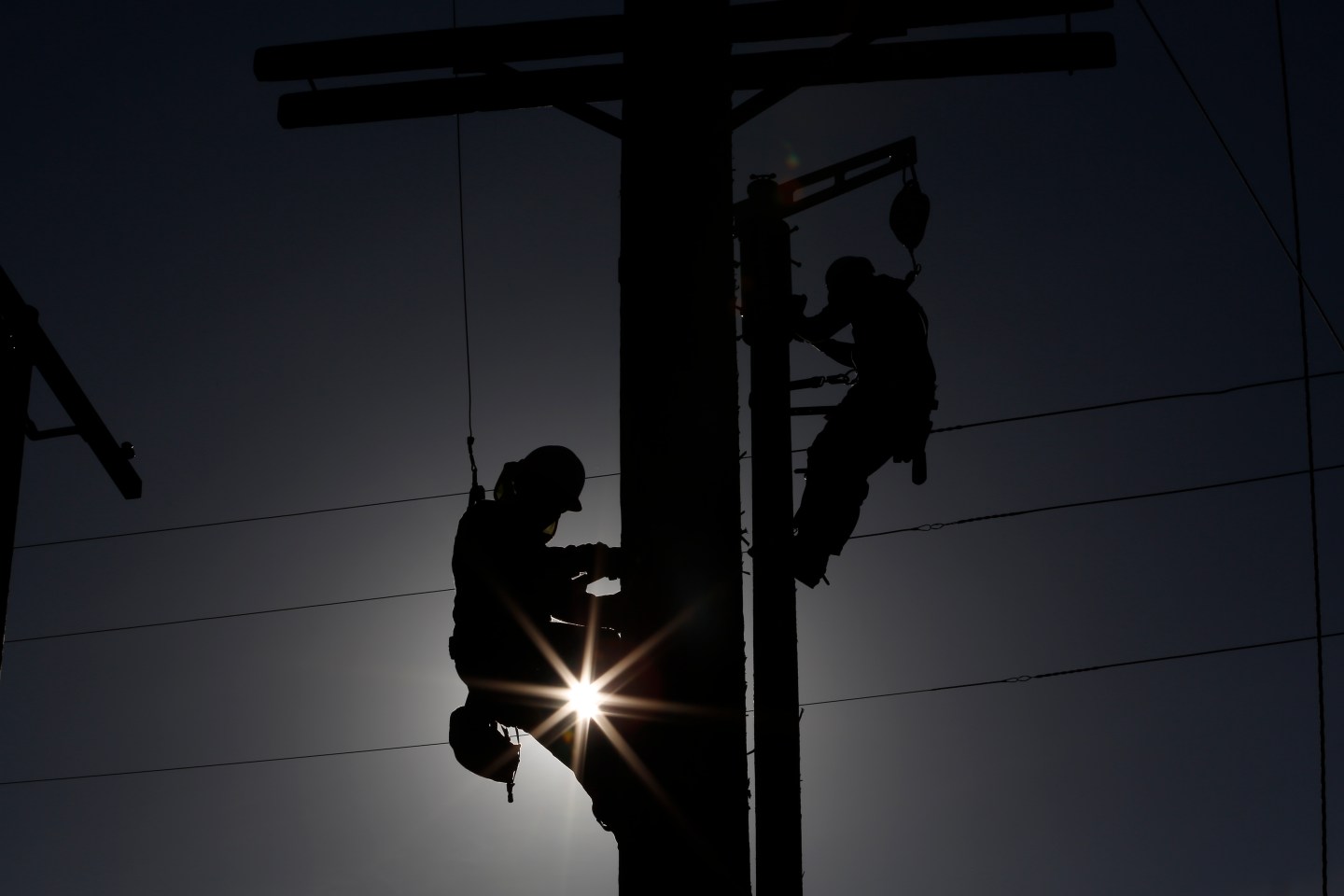 Here’s something unique about America not to celebrate on July 4th: Our shrinking workforce.

On Thursday, the government reported that the U.S. added 223,000 jobs last month. It’s a decent number, and it shows that the economy is still expanding, though not quite spectacularly. The jobs report also included a figure that suggests the labor market is perhaps a lot weaker than many think. The number of people in the workforce dropped by 432,000 in June, to just over 157 million. That translates to 62.6% of the overall population, the lowest the labor force participation rate has been since 1977.

Some have said that the drop in the labor force participation rate is largely about demographics and nothing to worry about. Aging baby boomers are retiring. Middle-aged women, who came roaring into the workforce in the 1970s and 1980s, are now opting out. More kids are staying in school. (Thanks Mr. T!) Indeed, a group of economists basically predicted the current drop in the labor force participation rate all the way back in 2006, well before the recession hit.

Last week, though, a study by the Federal Reserve Bank of St. Louis took on the notion that the drop is all about demographics and not a sign that the labor market is sicker than we think. The study looked at the labor force participation rate not just in the U.S. but in eight major developed countries, including Sweden, Japan, Canada, Germany, France, Spain, and the United Kingdom. Nearly all of those countries are facing the same demographic trends as the U.S. And Japan is currently dealing with an even more severe case of aging population. And yet, out of the eight nations, the U.S. is the only one where the participation in the labor force is declining.

The report doesn’t explain why this is the case, but it goes to great lengths to explain that this is not about demographics. The study looks at a number of segments of the population, besides near retirees, and finds that participation in the labor force is dropping in all segments, and faster in the U.S. than elsewhere. Here’s the drop in prime-age male workers:

Combine this persistent drop in the labor force participation rate with the fact that U.S. worker productivity is dropping as well and that could add up to a big problem for the long-term health of the economy. And it’s a problem for the Federal Reserve. The Fed wants to keep interest rates low for as long as possible to keep unemployment low and put people back to work. But if people continue to drop out of the workforce, that will translate to fewer workers and more consumers, which typically causes inflation, a worry for the Fed.

Now, we could be measuring all of this wrong. There are far more people in the freelance economy than there used to be, and there are soon to be more, given the rise of sharing economy startups like Uber and AirBnb. If you work for yourself, you are supposed to be captured in the government’s surveys. But if you are being paid in cash and not paying taxes, you may not report yourself as part of the workforce when a government surveyor calls to see if you are currently seeking work. So it could be that the underground economy, which some have measured as growing, makes up for the drop in the labor force participation.

That would of course mean that the underground economy is growing faster in the U.S. than elsewhere. Something to think about when you are buying fireworks with cash, illegally. Happy July 4th.