With billions at stake, ad agencies launch a massive battle for clients 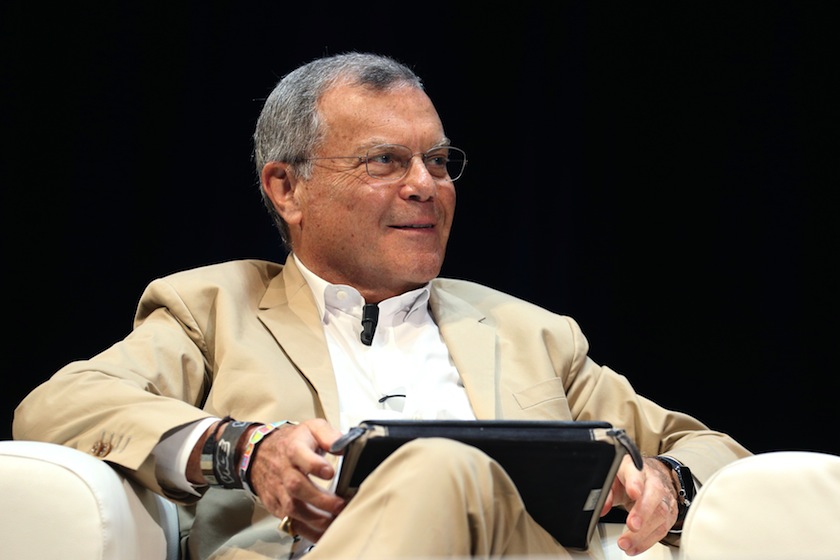 The ad industry is locked in a mad scramble, as the biggest players on Madison Avenue prepare to wage war over roughly $26 billion in ad spending.

That figure, which comes from a Morgan Stanley report last month, is larger than the size of all accounts under review over the previous three years combined. In other words, the volume of advertising accounts put up for review recently by some of the country’s biggest advertisers is unprecedented.

Some of the biggest marketers in the world, including Coca-Cola (KO), Johnson & Johnson (JNJ), Mondelez International (MDLZ), Procter & Gamble (PG), and Unilever (UN), have their accounts up for review and may very well switch advertising agencies this year.

Publicis Groupe (PUB) is one of several major advertising players facing an uncertain future with its roster of clients. The Paris-based agency is defending $7.2 billion worth of billings — an amount that, after costs, represents about 1.7% of the group’s annual revenue, according to the Morgan Stanley report. Its larger rival WPP (WPPGY) is defending $8.5 billion in billings, which, after costs, ultimately account for 1.1% of the British agency’s annual revenue.

The ensuing fracas, pitting rival agencies against one another in a battle for clients and billings, has been dubbed, alternatively, “Mediapalooza” or “Reviewageddon” by media and industry insiders.

Account reviews were a major topic of conversation last week among media and advertising bigwigs gathered at the annual Cannes Lions International Festival in France. WPP Chief Executive Martin Sorrell, who runs the world’s largest advertising agency by revenue, called the industry-wide reviews “a big opportunity for [WPP].” Indeed, his agency has the opportunity to win work from some of the biggest U.S. accounts, including Procter & Gamble, L’Oreal (OR), and Coke.

Indeed, several ad agencies stand to win big (or, at least, break even) from the melee by picking up some of the many accounts that could become available. Pivotal Research Group senior analyst Brian Wieser told Fortune in an email that Japanese agency Dentsu currently has a “hot hand” and that positive momentum could see Dentsu pick up more work through the current review process.

Other agencies may have to focus on defense. Publicis, which counts P&G as one of its biggest clients, appears to have the most to lose, based purely on billings up for grabs as a percentage of overall revenue. According to Wieser, agencies with a lot of big accounts under review may have to cut prices on existing services or offer additional services to hang on to those clients.

Why are so many large companies shaking up their advertising plans? Much of this has to do with the major push for cost-cutting that has been growing for years. When a company needs to sacrifice spending to boost profits, discretionary expenditures like the ad budget are often first to hit the chopping block. And ad clients have been tightening their purse strings recently. ZenithOptimedia, a research firm owned by Publicis, has lowered its growth forecast for global ad spending several times this year, most recently to 4.2% after starting the year predicting 4.9% growth.

“It’s simply their clients putting pressure on them to deliver,” said Paul Sweeney, a media analyst at Bloomberg Intelligence. “And, one of the ways you put pressure on your agency is to put that business up for review to make sure that you’re getting the best deal [and] the best execution out of Madison Avenue.”

Some speculate that the ad industry’s accelerating shift to digital advertising is also playing a role in the shakeup. Internet advertising comes with tools that make it easier for marketers to gauge the impact of every ad dollar spent and companies want to be sure they are getting all of the information they need to ensure that they get the best bang for their buck.

(Clients might be clamoring for more information from their ad firms in the wake of a recent rebate controversy in which media sellers paid kickbacks to ad agencies for placing ads, without any of the money making its way back to agency clients.)

As Wieser pointed out, big advertisers “consider agencies to be an extension of their marketing departments and generally want more clarity because they need to consider alternatives, whether across agencies or in terms of bringing work in house.” He added that the “trust factor” is important for clients who want to make sure their ad agency’s priorities are in line with their own.

The growing push from clients for lower costs and greater transparency has sparked an uptick in consolidation among ad agencies in recent years — a trend that Sweeney believes could only pick up steam in the wake of the current rush in account reviews. Ad agencies have an incentive merge so they can weather increased client pressure for cost-cutting and other market shifts. If an agency is big enough, the thinking goes, the loss of a few accounts might not be as painful.

Publicis’ attempt at a mega-merger with Omnicom Group (OMC) fell through last year due to cultural conflicts, but the former quickly brushed itself off and struck a $3.7 billion deal to buy U.S. digital ad company Sapient. A Publicis-Omnicom combination would have created a behemoth, vaulting the merged firm past WPP as the world’s largest ad agency. But future consolidation efforts will involve smaller agency pairings as well.

Sweeney says that he fully expects the consolidation trend to continue apace, even after the dust settles from the current wave of account reviews. Pivotal’s Wieser also believes that “consolidation is inevitable,” though, he is quick to point out that the reviews alone won’t drive mergers. He considers Dentsu a potential acquirer as it looks to compete against bigger rivals such as IPG (IPG), Publicis, and others. France’s Havas (HAV) could look to gobble up Dentsu or find a larger merger partner.

While these ad agencies may be busy courting each other, they can’t afford to lose focus on rolling out the red carpet for the many corporate clients that have suddenly gotten cold feet.