Meet the women shaping the future of the drone business 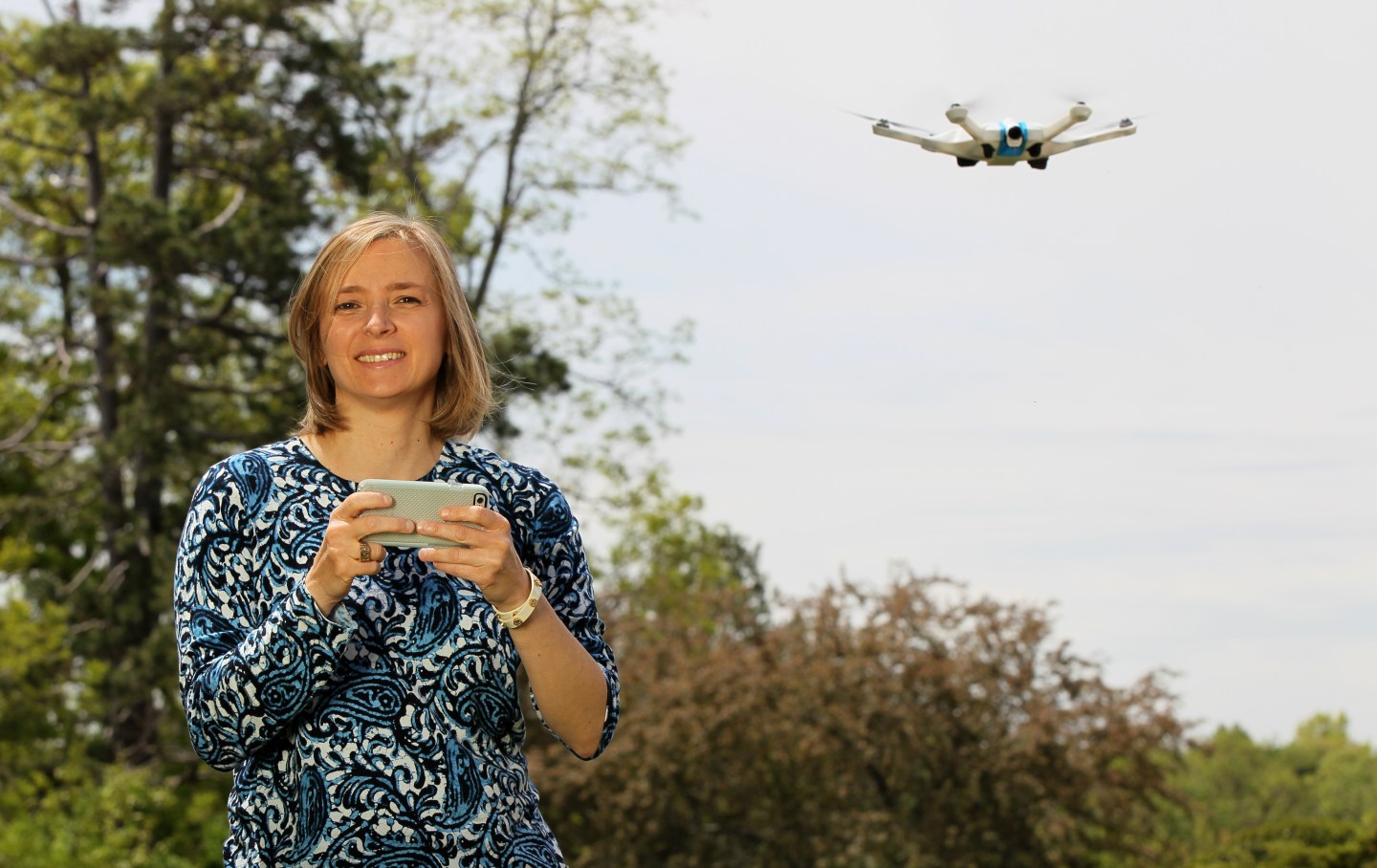 The drone industry appears to be—ahem—taking off. GoPro has announced it will release a consumer drone in 2016. China-based DJI, the early industry leader, raised funding at an $8 billion valuation in May. And then there’s Amazon, which plans to eventually deliver customers’ packages via the unmanned machines.

A VisionGain research report valued the small drone market at $1.33 billion in 2014 and projects that it will grow to $10.2 billion by 2025. According to the Association for Unmanned Vehicle Systems International (AUVSI), the industry is expected create 100,000 jobs between 2015 and 2025. Drones are a growing presence in a wide range of fields, including public safety, energy, media, agriculture and security.

The drone business closely mirrors the tech world in many ways—including, unfortunately, the dearth of women. While no group tracks the gender breakdown of the industry, a glance at the executive teams of the top companies tells a pretty clear story: All six top execs at 3D Robotics and Vires Aeronautics are men, while Skycatch and PrecisionHawk each have one woman on their executive teams.

Still, the industry does have its female power players. Here’s a look at four women who are shaping the future of the drone industry—and clearing a path for more.

Helen Greiner has been enamored with robots ever since she developed a crush on R2-D2 while watching Star Wars as a girl. In 1990, she co-founded the company iRobot and brought the Roomba to the masses. In 2008 she moved on to a new challenge, launching CyPhy Works, a company dedicated to building aerial robots.

CyPhy Works, which is located just outside of Boston, has raised $13.5 million in funding and is cooking up aerial projects for Fortune 1000 companies—including a public safety drone for Motorola Solutions. Earlier this month, the company completed a successful Kickstarter campaign that raised more than $880,000 to fund a consumer drone that can take pictures and post them to social media in real-time.

Greiner says she’s pushed to make sure women are well represented at CyPhy Works. “The pipeline [of workers coming into the industry] isn’t equal, but, when we have an executive team meeting at our company, women outnumber men,” she says. Greiner believes there’s plenty of potential to get women excited about drones. “We are encouraging young women to jump into these systems and make them how they want,” she says.

At Houston-based Trumbull Unmanned, Dyan Gibbens oversees a team of 10 people who give the oil industry access to eyes in the sky. “We map, monitor and inspect critical infrastructure in the energy sector,” she says. Due to non-disclosure agreements, Gibbens can’t name her clients other than to say they’re four of the largest oil companies in the world—not a bad for an 18-month-old start up.

Gibbens developed her love of aeronautics at the Air Force Academy where she was a pilot and part of the Air Force’s parachute team. (While she is now in the private sector, she still has a top-secret government clearance.) “Drones are the ideal STEM tool,” says Gibbens. “They encompass every engineering discipline and every other field.” To motivate future generations to enter the drone industry, Trumbull Unmanned is partnering with BP to hold a summer drone camp at Rice University for sixth, seventh and eight graders. “We want to get them excited about drones,” says Gibbens.

The laws surrounding drones are complex and evolving, but, in general, anyone flying a drone for business purposes needs special permission from the FAA. That’s where Lisa Ellman comes in. She helps businesses secure a Section 333 exemption that allows them to take flight. So far she has worked on “dozens” of exemptions for clients in the news broadcasting, agriculture, real estate and insurance fields.

Ellman, a former White House policy advisor, is now working with the Obama administration on policy efforts that will allow commercial drones to be flown in U.S. airspace. “The market has developed so quickly and the technology has taken off the point where the policy making has struggled to keep up,” say Ellman. Opening up the skies to commercial drones means asking tough questions: Should drones be allowed to fly out of eyesight of their controllers? Should drones be allowed in urban areas? “These are conversations that policymakers and innovators are having now, and they’re critical to moving the industry forward in a timely way,” says Ellman.

Sally French started flying drones because they allowed to her to capture the kinds of aerial images she couldn’t otherwise access. She got so hooked that she launched her own website, TheDroneGirl.com. “While more men have engineering degrees, that doesn’t mean that women aren’t capable of working at a drone company,” she says. “There are so many other uses for drones.”

On TheDroneGirl.com, French is spending this year highlighting the industry’s female trailblazers and continuing to call out drone companies and organizations for sexist behavior. Exhibit A: using scantily-clad women to work the booths at drone conferences and having women in bikinis shill drones in video ads. “That sends the wrong message to a girl who wants to get involved with drones, telling her that they don’t see her as a pilot, but rather some girl who can make this room seem sexy,” says French.

Her real mission, though, is to preach the gospel of drones. “I really just want to tell readers the story that drones, though they often have a negative connotation, do serve a good purpose!” says French.