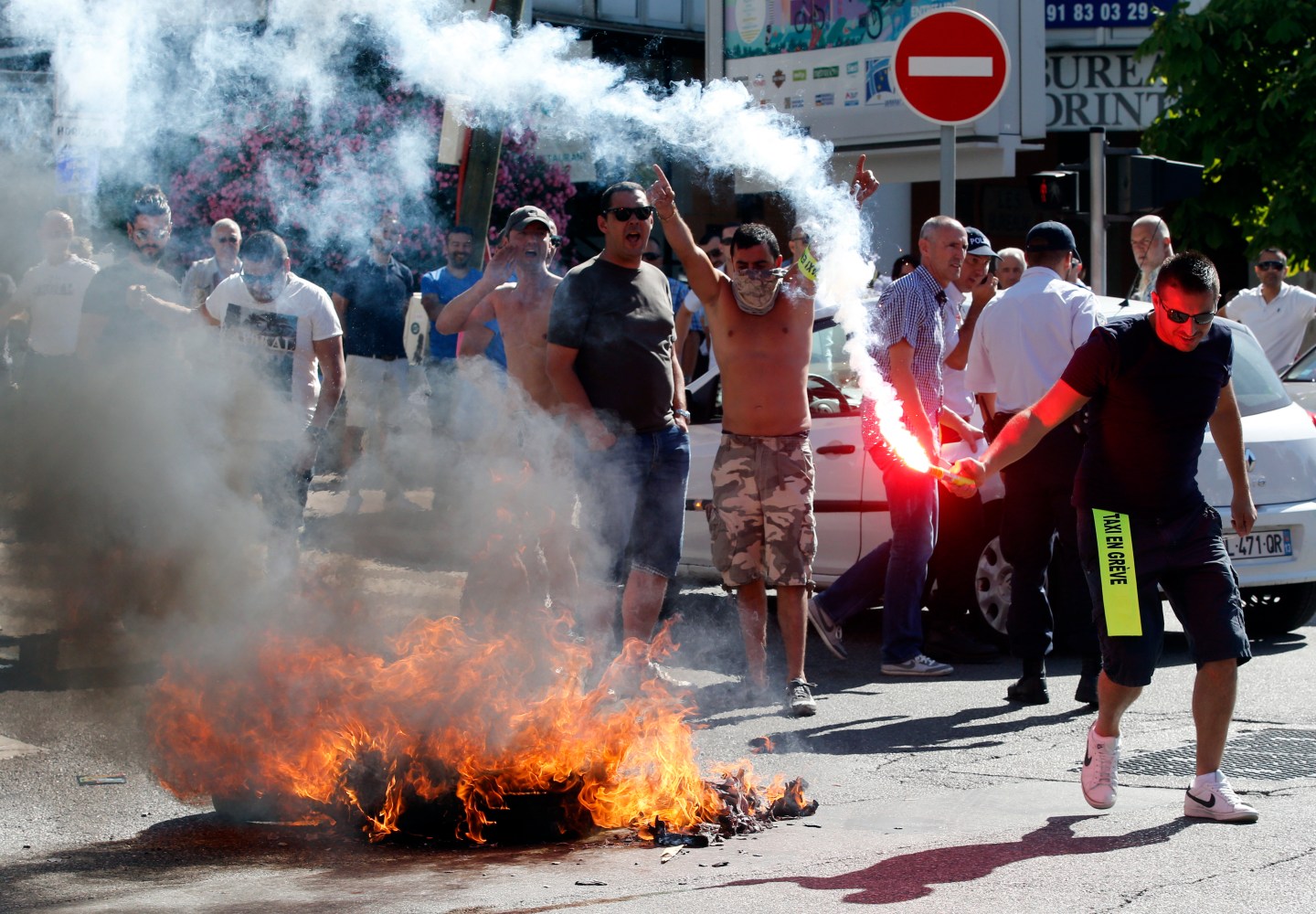 When French taxi drivers rioted last Thursday against Uber, I suggested that they were hurting their own cause.

Not because local politicians wouldn’t capitulate (they have), but because the lack of taxis would cause people in France to download Uber for the first time. Basically the difference between short-term and long-term strategic thinking.

So I decided to take a look at Uber downloads in France, to see what happened during the strike. Not surprisingly, they spiked. In fact, Uber last Thursday was the second-monst downloaded iPhone app in France, which was the first time that had ever happened. Then, on Friday, it hit the top spot.

Here is a chart showing the past year of Uber downloads for iPhone, thanks to App Annie:

Uber downloads in France fell back a bit over the weekend, but Uber remained the country’s most-downloaded travel app.