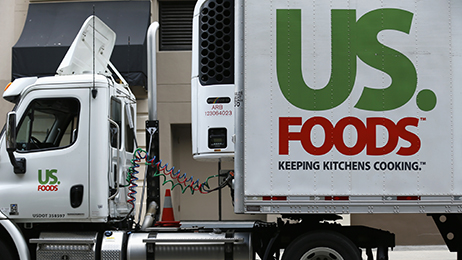 A $3.5 billion merger between two of the largest foodservice distributors has been called off, a win for regulators that had sought to kill the deal.

Sysco (SYY) on Monday said it would pay a $300 million break-up fee to walk away from its merger agreement with US Foods, a move that comes days after a U.S. District Court granted the federal government’s request for a preliminary injunction to block the proposed Sysco-US Foods merger. Sysco also needed to pay $12.5 million to Performance Food Group, which would have purchased some US Foods facilities as part of the deal.

“After reviewing our options, including whether to appeal the Court’s decision, we have concluded that it’s in the best interests of all our stakeholders to move on,” said Bill DeLaney, Sysco president and chief executive officer.

Regulator concerns were a top worry when Sysco first announced the deal in late 2013. The Federal Trade Commission ultimately filed a lawsuit earlier this year over concerns about the deal, which it said would have given the combined company 75% of the national market for distribution services. The FTC was worried that that would tilt the power too heavily in favor of the foodservice distribution service companies, hurting customers like restaurants, hospitals, hotels and schools, which could have faced higher prices.

When deals are killed by regulators, companies often try to ease the pain by announcing shareholder-friendly actions. That happened today, with Sysco announcing plans to spend an additional $3 billion to buy back shares over the next two years.