This is how to make money off your homebrewed craft beer 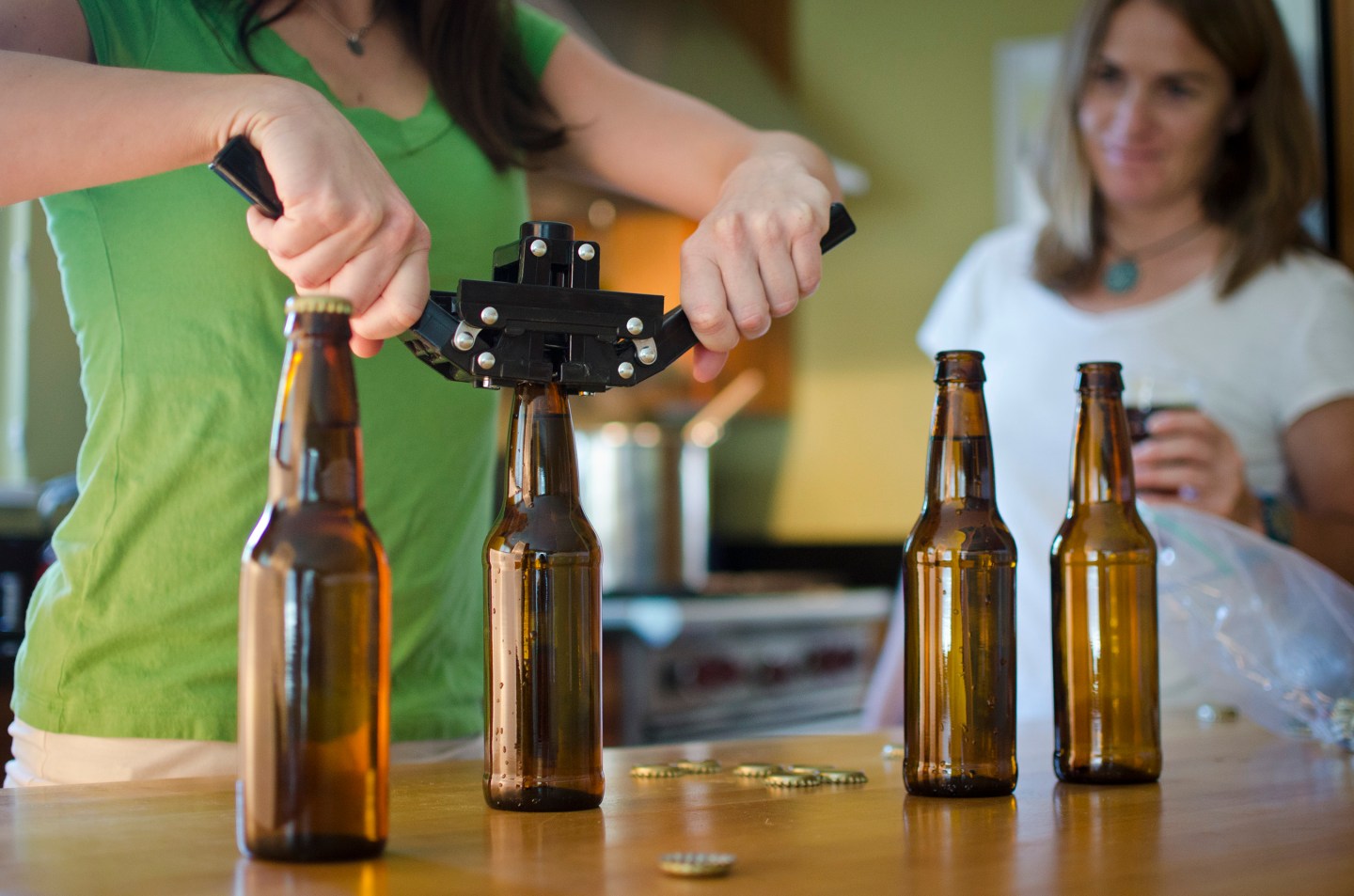 Most craft breweries started in the kitchen. Beer lovers, tired of bland macro tastes, decided to try their hand at making their own – and it became popular enough amongst friends that they rolled the dice and opened a brewery of their own.

Quitting your day job and trying to break into a competitive field is a tremendous gamble, though. Your friends are likely going to say good things about your beer regardless of its taste in comparison to others. So how do you know if you’ve really got what it takes?

Claude Burns wants to help you find out. His startup – Noble Brewer – lets home brewers distribute their product on a national level – and get feedback from people who have no bias. Best of all, home brewers can pocket a little money in the process.

That’s something that could perk up the ears of those who dabble in hops and grains at home, because federal law has been very clear historically: Selling a home brewed beer is illegal.

“In most states, it’s not even legal to serve home brew to the public,” says Gary Glass, director of the American Homebrewers Association, adding, “Although there are a few exceptions that do allow for home brewers to serve at a beer festival.”

To avoid the legal hurdles, Noble Brewer simply uses a home brewer’s recipe, contracting a professional craft brewer to make the beer in small batches when they have excess capacity. “We look for award-winning home brews – people who have some objective measure of quality,” says Burns. “We also look for people who are analytical in their brewing and have good metrics so we can get it to scale.”

Home brewers get a “couple hundred dollars” for licensing their recipe, but retain all rights to it, adds Burns. To date, the company has sent out two quarterly shipments – each containing four 22-ounce bottles from home brewers. (Customers pay between $54 and $60 per shipment.)

Tasting cards are included with each shipment at present (which are shared with the brewers), but long term, the company hopes to create an online community of home brew fans – and ultimately wants to start a Kickstarter-like service, where the community chooses which beers are put into production.

With an estimated 1.2 million home brewers in the U.S., there’s no scarcity of potential sources for Noble Brewer, so why just a quarterly shipment instead of monthly? Blame the legal system.

Beyond the time it takes to work out the agreement with the brewer, there’s a four to six week approval process for labels, says Burns. And following the same method as the home brewer sometimes means an longer brew cycle than most craft batches take. “It’s not going to be exactly the same beer,” says Burns. “But we do everything we can to source it and try to capture the essence of what the home brewers are doing.”

Home brewing, surprisingly, wasn’t legal nationwide until 2013. While President Carter lifted any federal restrictions in 1978, Alabama and Mississippi prohibited it until two years ago. Generally, you’re allowed to make up to 100 gallons of beer per person – with a cap of 200 gallons per household, regardless of the number of adults living there.

It’s something that has been on a dramatic rise for some time, but home brewing’s growth has actually started to slow recently, says Glass. Last year, for the first time since the AHA began tracking the category, home brewing posted growth in the single digits, rather than double. As those who make their own beers get more advanced in their methods, it takes more time to create the product – and that has cut back on the frequency of their trips to supply stores (which is how the AHA tracks the industry).

Interested in trying out a few of Noble Brewer’s offerings, but need something to quench your thirst before the next shipment (due in September)? Try a few of these professional alternatives.

Reformation Brewery’s Atlas – An east-coast IPA that tastes like it came from the west coast. The strong citrus and pine notes from the Cascade and Columbus hops pop as you take a sip, but the bitterness is mid-level, making this a wonderful summer drink. It’s only available at the brewery now, but hopefully will be bottled and available in the Atlanta area by mid-summer. (ABV: 6.8%)

The Kimmie, The Yink & The Holy Gose – Anderson Valley knows how to make a good Gose. Its Blood Orange seasonal is one of my favorites and The Kimmie is another can’t-miss offering. With hints of peach and lemon complimenting the sour-saltiness of the beer, it’s a wonderful tart treat that’s quite refreshing. (ABV: 4.2%)

Sixpoint Brewery Bengali – A nice, thick, hoppy IPA that still manages to be incredibly smooth. It’s not something you’d necessarily want on a blisteringly hot summer afternoon, but as the evening cools, it’s a wonderful choice. Bengali has a light bitterness that won’t scare away IPA newcomers and ends with a nice dry finish. (ABV: 6.5%)

Sierra Nevada Bigfoot Ale – This barleywine style ale is a bit hoppier than you might expect, but the sweetness is still there. You’ll pick up notes or raisins and plums along with the resin. It’s a fairly heavy beer, but one that goes down smooth, especially given its high alcohol content. And it all wraps up with a peppery, dry finish. (ABV: 9.6%)