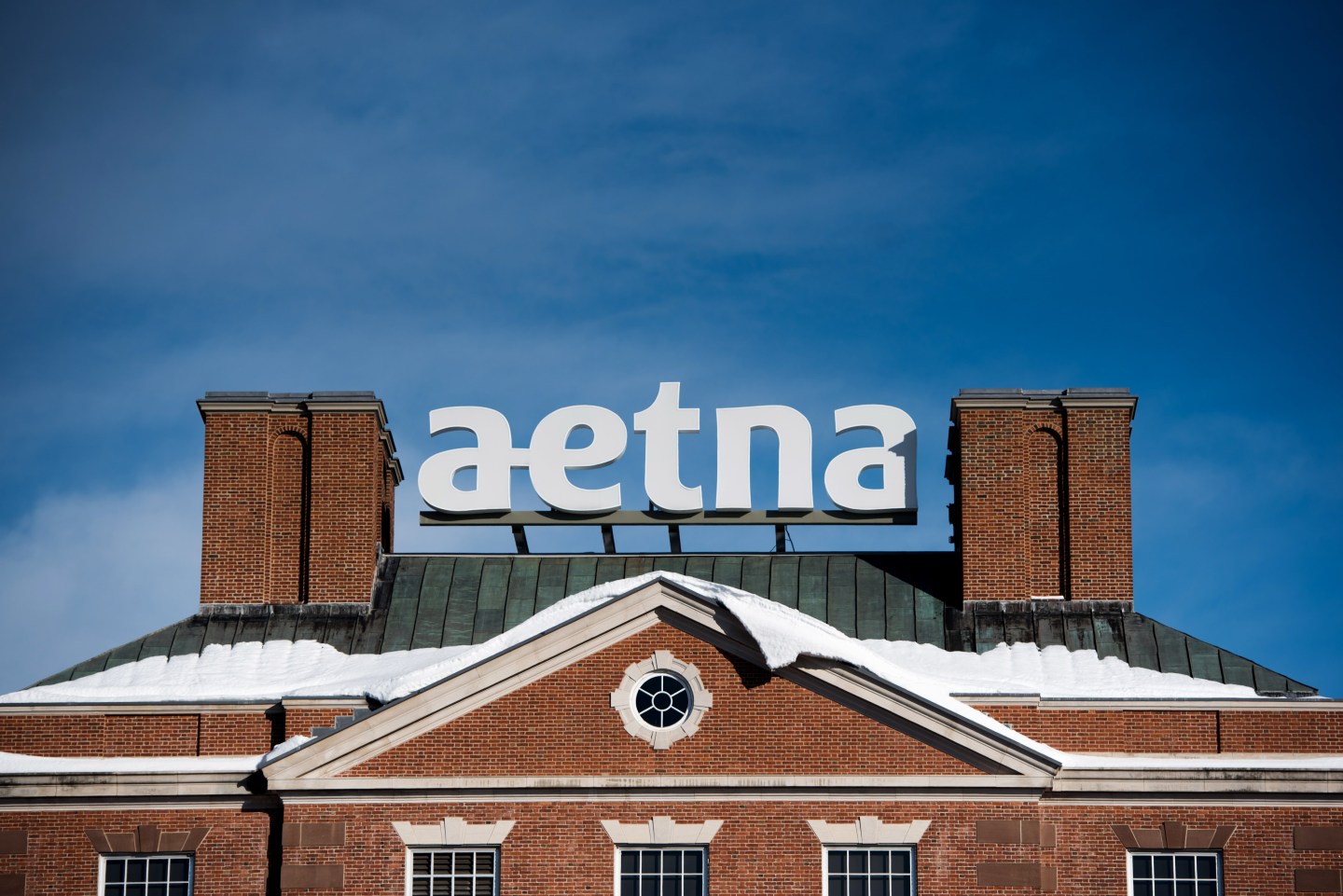 Snow covers the roof of Aetna Inc. corporate headquarters in Hartford, Connecticut, U.S., on Friday, Feb. 6, 2015. Obamacare's startup health insurance plans are flirting with financial distress, as all but five of the 23 nonprofit companies had negative cash flow from operations in the first three quarters of 2014, Standard & Poor's said in a report Tuesday. Photographer: Ron Antonelli/Bloomberg via Getty Images
Photograph by Ron Antonelli — Bloomberg via Getty Images

Now that the Supreme Court has ruled, it’s time to deal.

Following the U.S. highest court’s ruling backing Obamacare, shares of Humana (HUM) rose more than 8% on Thursday, the most of any health insurance company. Investors appear to be betting that the Louisville, Kentucky company will be the first to be bought in what looks to be a coming wave of consolidation in the healthcare market.

Aetna, the nation’s second-largest health insurer by market value, appears to be the mostly likely buyer of Humana, in a deal that set to top $29 billion. But Cigna is eyeing Humana as well. Both Aetna (AET) and Cigna have reportedly approached Humana about doing a deal.

Either offer could fall apart. Here’s where the current state of healthcare insurance dealmaking gets dizzying. According to Bloomberg, Humana’s board favors the Aetna deal. That’s because a large part of Cigna’s motivation for wanting to buy Humana is warding off Anthem, which has made a hostile offer for Cigna. Humana’s board may fear that if it were to go with Cigna, that company’s shareholders might still vote down the deal in favor of being bought by Anthem.

There’s more. UnitedHealthcare is rumored to be looking to make a bid for Aetna. If it did, that would probably nix Aetna’s deal for Humana.

The bigger question — which often gets lost during these deal-making frenzies — is if any of this makes sense. Humana is considered a prize target because of its lead in the Medicare Advantage market at a time when more Americans are crossing into the 65-and-above age bracket. The corporate insurance market, which has traditionally been the bread and butter of health insurers, has slowed. And more insurers are looking at the market for individual insurance plans, especially now that the Affordable Care Act seems safer than ever.

But all of these deals could make health insurers sick. Shares of Humana, the nation’s fifth largest health insurer, now trade at 25 times last year’s earnings. The other big four insurers trade closer to 20 times earnings. What’s more, even before the cost of the deal, Humana would add $4 billion to Aetna’s $9 billion in debt.