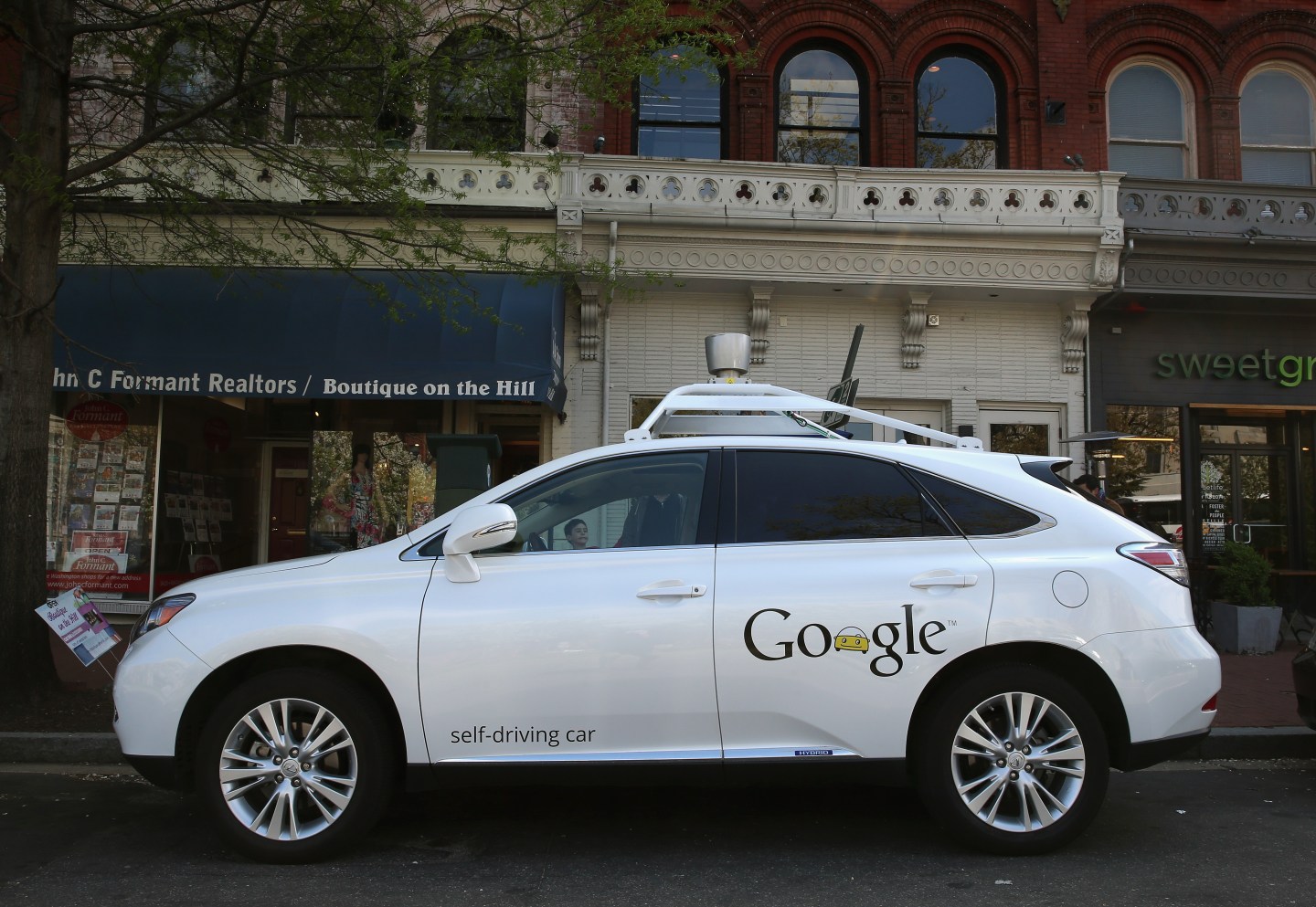 Somebody almost had to call a self-driving tow truck.

Two autonomous vehicles, one powered by Google and the other from Delphi Automotive, nearly collided this week in what’s thought to be the first close call between a pair of self-driving cars, Reuters reports.

The Google car, a modified Lexus, cut off Delphi’s modified Audi and forced it abort changing lanes to avoid a crash, Delphi’s John Absmeier told Reuters. Absmeier was a passenger in the Audi at the time of the incident; nobody was hurt in the event.

Delphi has two driverless Audi prototypes on California roads, while Google has 20 being tested.

The near collision raises important questions about self-driving cars, including who’s responsible when two are involved in an accident.

Update: A Delphi spokesperson emailed Fortune with the following statement: “During a demo drive of our automated vehicle, our expert used the interaction with the Google car as an example of the types of scenarios that the car can encounter in real-world driving. It was an anecdote of an interaction, not a ‘near miss’. Reuters completely misrepresented the facts.”