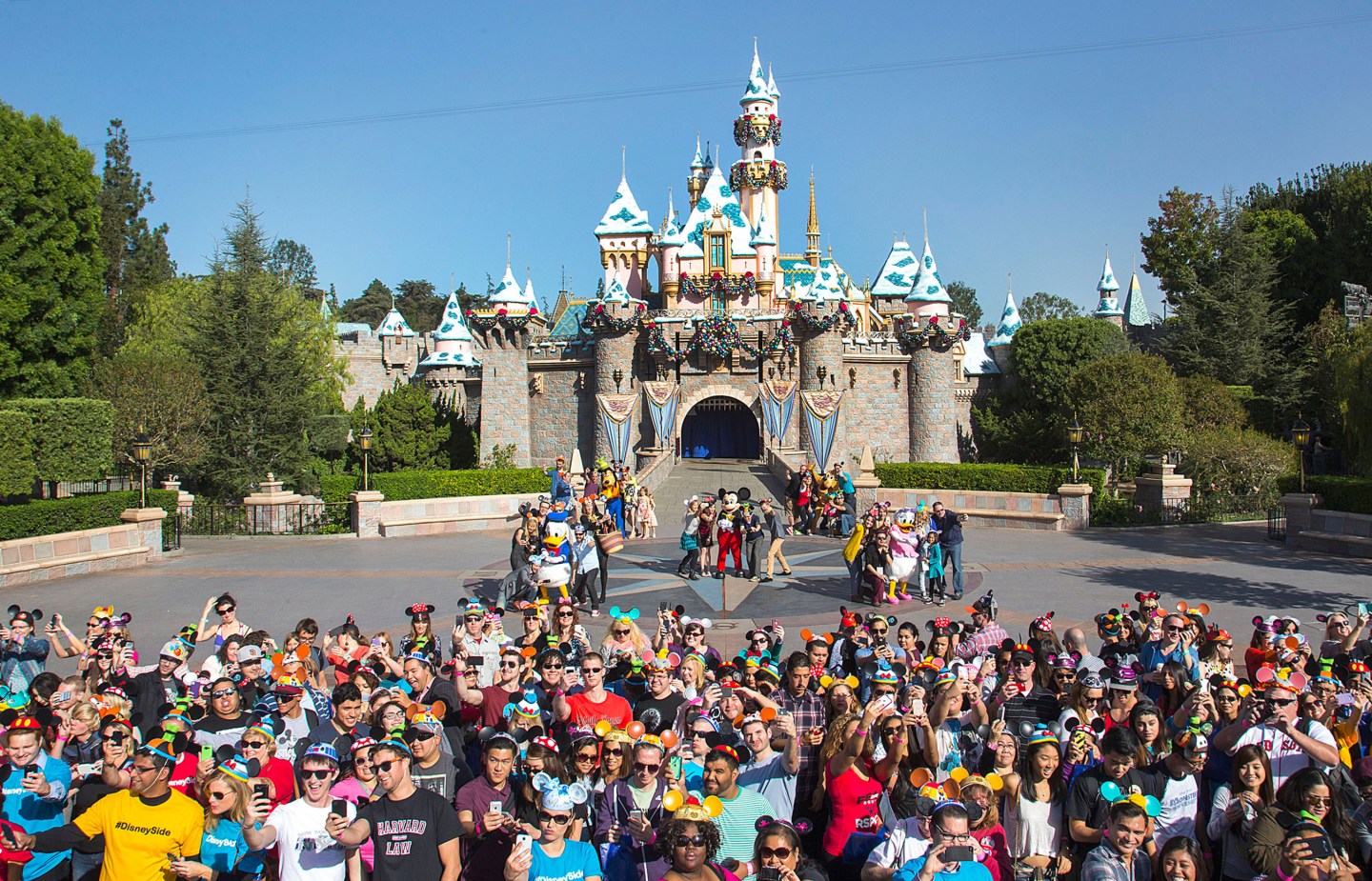 (November 5, 2013) More than 1,000 fans gathered for the ultimate 'selfie' photo at Disneyland park in Anaheim, Calif., where Disney Parks brought together some of the world's most well-known internet artists for a World Premiere event Tuesday. With combined content views exceeding 2 billion, and with more than 30 million online followers, these Social Media 'All-Stars' premiered their original, unique content, sharing their 'Disney Side,' for a world-wide audience. Today's premiere content can be searched using the hashtag #DisneySide. (Paul Hiffmeyer/Disney Parks). (PRNewsFoto/Disney Parks) THIS CONTENT IS PROVIDED BY PRNewsfoto and is for EDITORIAL USE ONLY**
Photograph provided by PRNewsfoto/AP

Disney is the latest company to ban selfie-sticks due to safety concerns, the company said in an announcement Friday.

The popular travel item will be banned from Disney (DIS) theme parks in Orlando starting Tuesday, and also in Disney water parks, the Associated Press reported.

“We strive to provide a great experience for the entire family, and unfortunately selfie-sticks have become a growing safety concern for both our guests and cast,” Disney World spokeswoman Kim Prunty told the Orlando Sentinel.

According to the publication, guests will have the option of checking the items near park entrances to pick them up later in the day.

This has been an ongoing issue at Disney:

Several incidents preceded the change, but officials have been discussing the rules for some time, Disney said. This week at Disney California Adventure park, a roller coaster was halted after a passenger pulled out a selfie-stick. The ride was closed for an hour.

Apple (AAPL) banned the item from its Worldwide Developers Conference earlier this year.