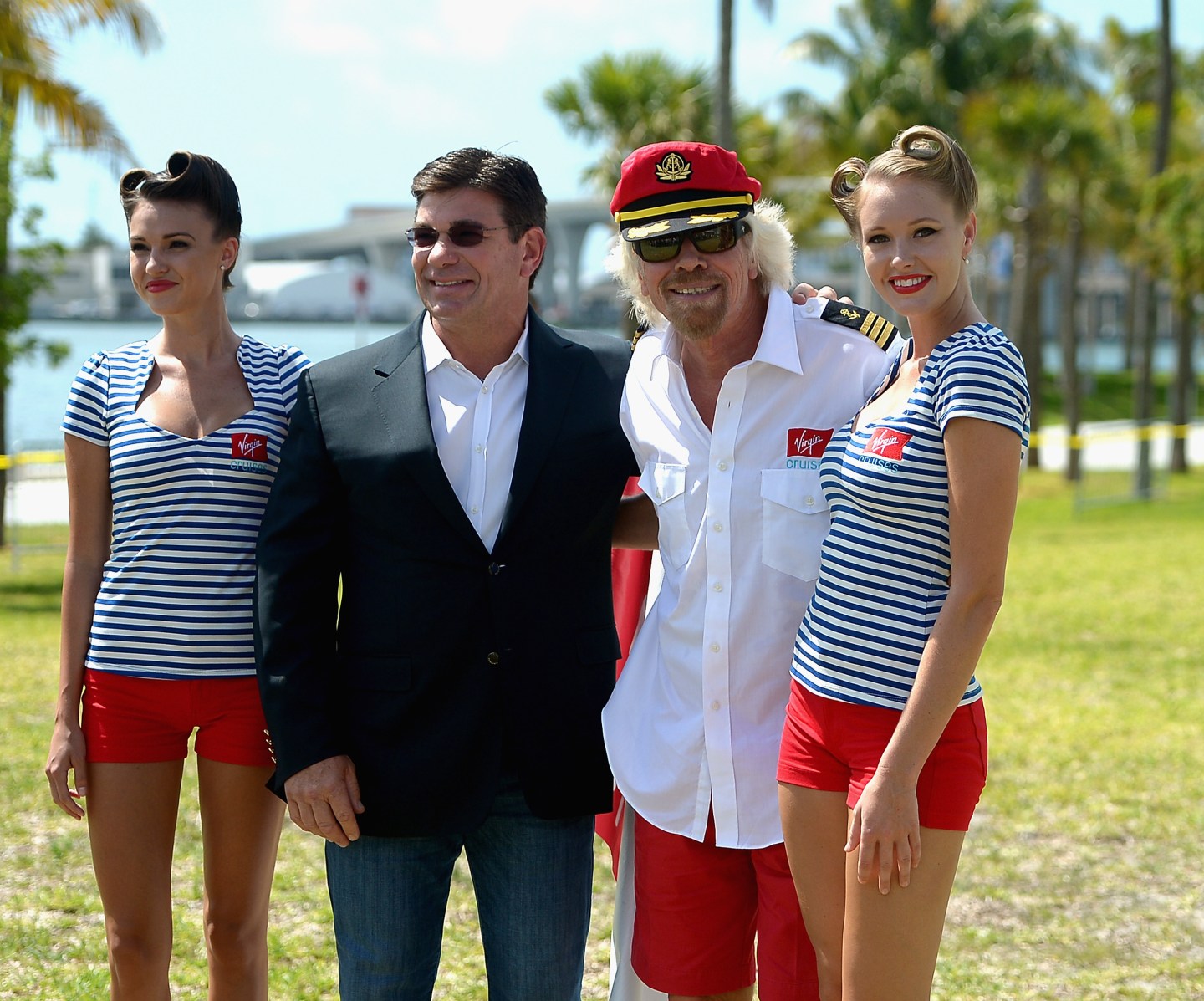 Richard Branson is expanding his business offerings to include a boutique cruise line based in Miami. He announced more details about the budding business at a press event Wednesday.

While news of the cruise line broke in December, the number of ships, and how many passengers each will hold, was announced Wednesday. In a press conference, the billionaire told reporters that there will be three ships setting saili from Miami starting in 2020, with each accommodating 2,800 passengers.

“Very happy to share that we’re full steam ahead,” he told by The Miami Herald.

Branson arrived at the Miami press conference in typically eccentric style — flanked by models and wearing a red captain’s hat and red shorts.

Virgin Cruises CEO Tom McAlphin said that Florida was “without a doubt the best fit” for the cruise line’s launch. He added that the destination is “vibrant, red-hot, sassy, sexy and obviously international,” according to the publication.

In other cruise news, the largest cruise ship in the world was recently launched into the waters of France. It’s expected to carry over 6,000 passengers.