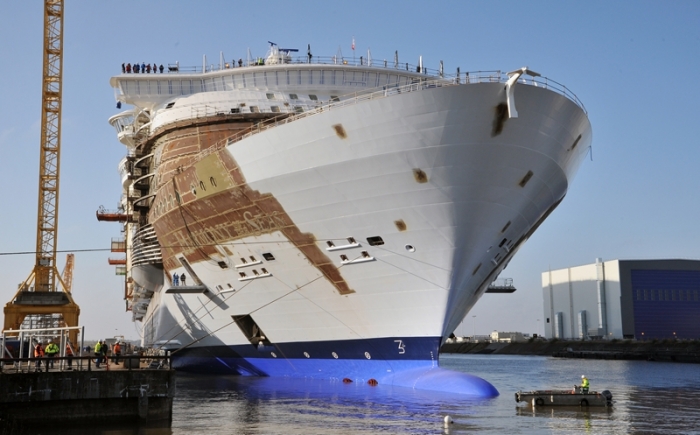 Royal Caribbean’s “Harmony of the Seas” — the world’s largest cruise ship — entered the water in France on Friday. It’s expected to take its maiden voyage in 2016.

The ship has been under construction since 2013, according to an Agence France-Presse report on Yahoo (YHOO). The ship will carry 6,360 passengers along with 2,100 staff. It weighs 227,000 tons and measures 1,187 feet — that’s 50 meters longer than the height of the Eiffel Tower.

The second biggest cruise ships are also owned by Royal Caribbean (RCL) and are named “Allure of the Seas” and “Oasis of the Seas.” Both weigh 225,000 tones.

Construction on the new Royal Caribbean ship has required over 2,5000 people.

The boat is expected to set sail in mid-February on test runs. The first voyage could take place in May and will be from the United Kingdom to Spain, according to AFP.