Crocs are in again, by (Prince) George! 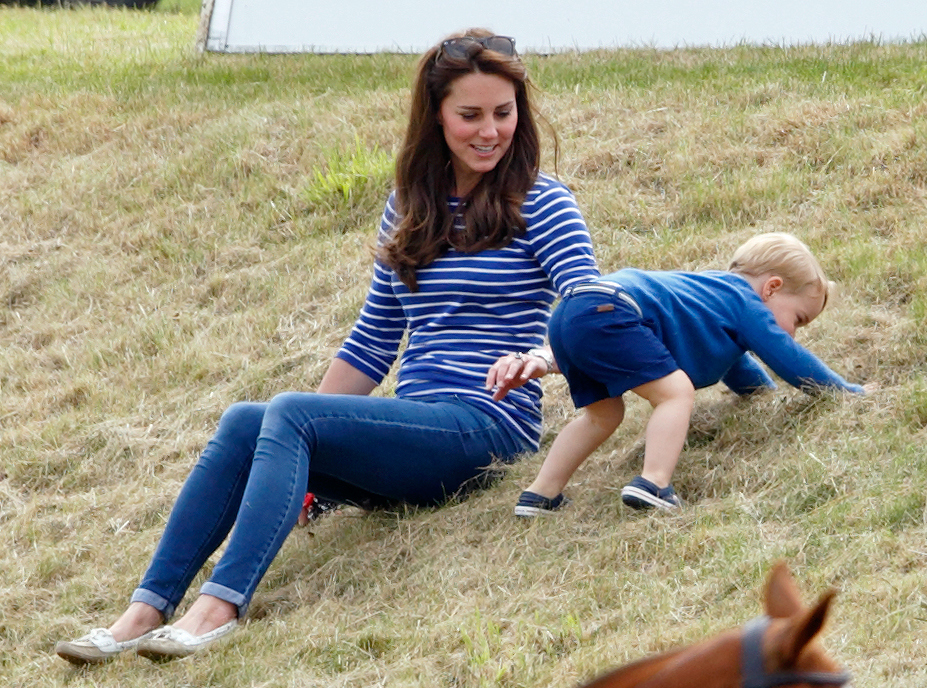 The royal son of Prince William and Kate Middleton has become a style icon for all toddler-kind, and he’s now sending sales of Crocs skyrocketing.

Thanks to pictures of Prince George sporting navy blue Crocband clogs at a charity polo match on June 14, Amazon.co.uk has reported a “1,500%” rise in sales of the roughly-$50 shoe. “Once again, Prince George proves there’s no age limit on being a fashion icon,” Daniel Silverfield, Amazon’s head of vendor management, shoes, told Women’s Wear Daily.

Call it the “Prince George effect”: every item of clothing the son of the Duke and Duchess of Cambridge touches has, so far, turned into brand gold. Last December, U.K. home retailer Cath Kidston had to restock their tank-tops after Prince George wore them for his official Christmas photographs. Those sold-out tops appeared on eBay soon after at twice the price. The website for New York based-aden and anais crashed twice after a newborn Prince George was photographed in their swaddle cloths, and the company saw a 600% increase in sales on that item.

Then again, the royal baby has singlehandedly contributed around $392 million to the British economy, as estimated by the Centre for Retail Research in a Fortune story last year. The little prince looks to be following in the footsteps of her mother, who sprinkles her own magic dust on fashion labels she loves and adopts.

He could even revive the buzz around the sandals everyone loves to hate. In the meantime, you can head over to Amazon for a look at the Crocs Prince George has made famous.