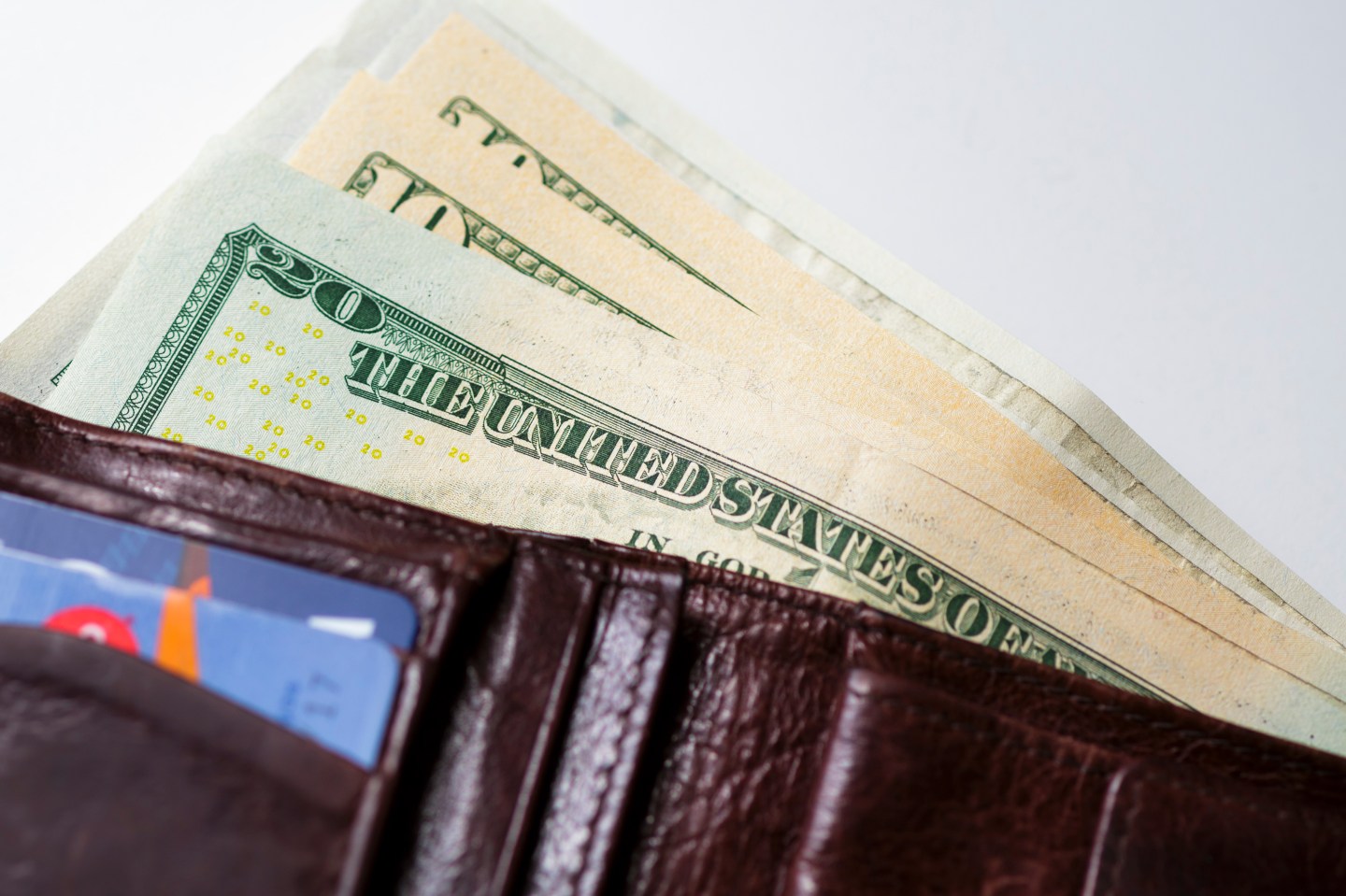 Here’s the good news: Millennials—both men and women—are putting money away for retirement, an average of 8% of their annual salaries, according to a new survey by T. Rowe Price. Now for the not-so-good news: Millennial women are already trailing their male counterparts when it comes to 401(k) savings. For women ages 18 to 33 participating in a 401(k), the median 401(k) balance is $11,000—but for men in that cohort it’s twice as much: $22,000.

“I can’t say that we’re surprised,” says Anne Coveney, T. Rowe Price’s senior manager of Retirement Thought Leadership. “I think it’s pretty well established in this country that there is a pay gap. A key contributing factor is that women tend to work in different professions, so I think we’re seeing some of that come through in our study.”

There are certainly work differences between genders in T. Rowe Price’s sample. For instance, 16% of the women surveyed work part-time, compared to 11% of the men. And 20% of women are in their first year at their current job, versus 15% for Millennial males.

Millennial women are also deeper in debt, carrying $20,000 in student loan debt versus $14,000 for men. That alone may make it tougher to sock money away for retirement. “Women are saving a bit less, but we know that they are making a bit less than men,” Coveney says. “And we also know they’re dealing with debt. When you look at how people are saving, it seems to be quite linked to their circumstances overall.”

Last year, a study by Wells Fargo found that only half of Millennial women have started saving for retirement, compared to 61% of Millennial men. And they’re not happy about it—six out of ten women said they weren’t satisfied with their savings level. Although the same number of men and women in the research reported living paycheck to paycheck—so both genders were equally strapped—it may be that women are less certain about how to proceed financially.

“Women are overall less confident in their ability to save for their future than men are, so that influences the way they think about their finances going forward, and starting from a very young age,” says Elli Dai, Wells Fargo’s senior VP of Participant Services.

For instance, a recent FINRA study found that only 18% of Millennial females demonstrated high financial literacy, compared to 29% of males. And in the Wells Fargo study, 70% of men said the stock market is the best place to save for retirement, while only half of women said the same thing. “That’s pretty significant when you’re talking about a young generation that has a long time horizon,” Dai says.

Ironically, although women are making less, they’re more educated than ever. About 36% of women ages 25 to 34 hold a bachelor’s degree or higher, according to data from the Institute for Women’s Policy Research. For men in the same age range, the number is 28%. “The trend seems to be that younger women are considerably more likely than younger men to go to college and get a degree,” says Cynthia Hess, IWPR’s study director. But in every state except for one (New York), younger women earn less than younger men.

One thing to remember, of course, is that where there are women, there are often children. One of the things IWPR researchers noticed was that although Millennial women are more highly educated than men, they also have a much higher poverty rate. “That is likely due to the fact that Millennial women are of childbearing age, and some are supporting children on their own,” Hess says. “So that makes it more difficult to achieve economic security.”

It could also be that women taking time off to have children aren’t able to save as much money to their 401(k)s as men who work straight through and enjoy years of compounding. According to the IWPR, the percentage of Millennial women in the labor force is 68%, compared to 73% for men. “Five percentage points is still pretty substantial,” Hess says.

On the whole, Millennial women’s 401(k) balances aren’t suffering for one reason—but a handful of them. “More Millennial men are saving for retirement than women, and those that are saving are saving at a higher rate,” Dai says. “When you add that men are earning more than women and you put all of that together, it really sets the stage for that significant difference in savings overall.”