How this MBA racked up an incredible $350,000 in student debt 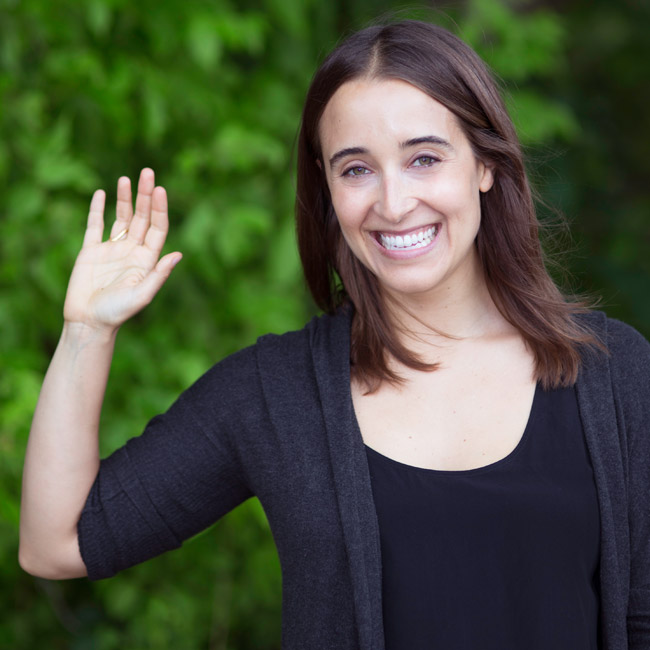 (Poets&Quants) — For Kellogg MBA Cacky Calderon, far more is at stake than money when it comes to paying off her staggering student debt. And staggering it is: Calderon earned an MBA and a law degree simultaneously from Northwestern University. Both the Kellogg School of Management and law school are among the most highly selective schools in the nation.

She was paying tuition of around $70,000 a year and came out of school with $350,000 in student loans–more than triple the average debt piled up by Kellogg MBAs. The sooner she’s out of debt, the sooner she can launch her startup, an enterprise rooted in profound personal loss, and focused on improving the lives of cancer victims and their loved ones.

After graduating last year, Calderon has been paying down her debt with all she can save, plus her bonuses from TripAdvisor, where she’s a product manager. “I just put every penny into paying back these loans as fast as possible,” says Calderon, 31, who had spent four-and-a-half years at Amazon after receiving a bachelor’s degree in economics and marketing at the University of Pennsylvania’s Wharton School in 2005. “I’ve lived the most frugal life in order to get this thing paid off fast.”

Calderon had taken out federal Graduate PLUS and Stafford student loans for her Northwestern education, then refinanced with SoFi, a disruptive San Francisco firm founded in 2011 that’s approaching $2.5 billion in refinanced loans. The refinancing gave her an interest rate of 6.4% on a fixed-rate, 15-year term, delivering significant interest savings over her federal loans, which ranged from around 5% to 7.9%, but were compounding.

And now, thanks to a contest SoFi announced to celebrate reaching $2 billion in refinancing, Calderon has a chance to have her entire loan paid off at once. The firm’s #2BillionTogether contest for SoFi clients required a short essay for entry, describing how refinancing affected the contestant’s life, and how the grand prize—total payoff of their SoFi student debt—would allow them to achieve their career dreams. More than 2,400 entries came in. SoFi staff and management narrowed the list down, based on the essays, to 20 semifinalists, including Calderon.

Public voting, which closes at 11:59 p.m. on June 23, will determine the winner. “There’s a guy with an incredible network in first place,” Calderon says. “It’s a heated race, we’re all trying to catch up to him, or at least crack the top five.”

SoFi’s management has been “blown away” by the response to the #2BillionTogether contest, says chief marketing officer Aimee Young. The essays submitted by the 2,400 entrants were both touching and revelatory, she says. “What we found was how crippling student debt can be even for folks who graduate with their MBAs or from law school,” Young says. “They said things like, ‘I haven’t gotten married yet’ or ‘My spouse and I are waiting to have kids until we don’t have this tremendous burden.’”

Because the contest produced such strong participation among SoFi borrowers, the company decided to add four runner-up prizes, the substance of which will remain secret until the grand prize winner and runners up are announced on July 1, Young says.

For Calderon, the SoFi prize would allow her to launch a startup, an idea that was born after her mother Wanda died of stomach cancer in 2007. Calderon had been a primary caretaker for her mother when she was sick. “I tried to feed her. You have this sick mom, and she’s going to chemo, and she has to eat something, and everything tastes terrible. She just couldn’t eat, wouldn’t eat,” Calderon says.

The loss of appetite and the subsequent deterioration of the body’s muscle mass have a powerful impact on cancer patients’ condition and length of life. But the clinical relevance is often overlooked, according to a 2005 report in the journal Nature Clinical Practice Oncology, which also notes that optimal therapy should combine dietary changes with drug therapy.

From watching her mother rapidly weaken and diminish until her death at age 58, Calderon grew determined to find a solution to cancer patients’ food and nutrition problems.

“The issue is that you know how to feed your family, now. You know what their preferences are. When someone has chemotherapy, everything changes,” Calderon says. “Not only is their appetite dramatically lower, but the way food should or could taste … is completely different. Imagine if you ate some pasta and it tasted like metal.”

Calderon teamed up with her best friend from growing in Seattle, Paige Stoll, founder of a company that prepares and delivers organic baby food. For Calderon’s budding enterprise, Palate Love Care, she and Stoll are delivering meals to a few cancer patients in Seattle. Through research and consultation with nutritionists, they develop dishes, and test them and re-test them with patients. So far, Stoll’s spinach souffle is a winner.

But Calderon is aiming to turn the venture into a nationwide company, shipping flash-frozen nutritious meals to cancer patients via online ordering; a cancer-care version of Plated or HelloFresh, but with ready-made meals instead of assemble-yourself sets of recipe ingredients, she says.

“I want to scale this,” Calderon says. “You can’t really do that with $3,000 a month in student loan payments.”

Calderon obtained a law degree “to learn how to think,” and an MBA to learn how to run a company, she says. At Kellogg, a class in pitching to venture capitalists provided important information to use in the future, and validated her belief that she could raise startup funds. “I really realized, ‘Yeah, I could do this,’” she says. She also made good use of Kellogg’s introductory strategy class. “There’s just a lot of great thinking that goes on in that class,” she says. “I had a business undergraduate degree, so it was really nice to think about applying what I knew.”

The cost, and debt, of a dual-degree education at Northwestern didn’t scare her off, she says. “I figured I would pay it back the way everybody else is paying it back: work really hard and save every penny.”

Calderon plans to officially launch Palate Love Care and devote herself to it full time as soon as she unburdens herself from her student loans, whether that happens this year, with a SoFi contest win, or later, after she pays the debt off herself. She wants to give families across the country the ability to do what she tried so hard to do for her mother.

“I would give the world to have the opportunity to feed her now.”

How Much Will You Have To Borrow For That MBA