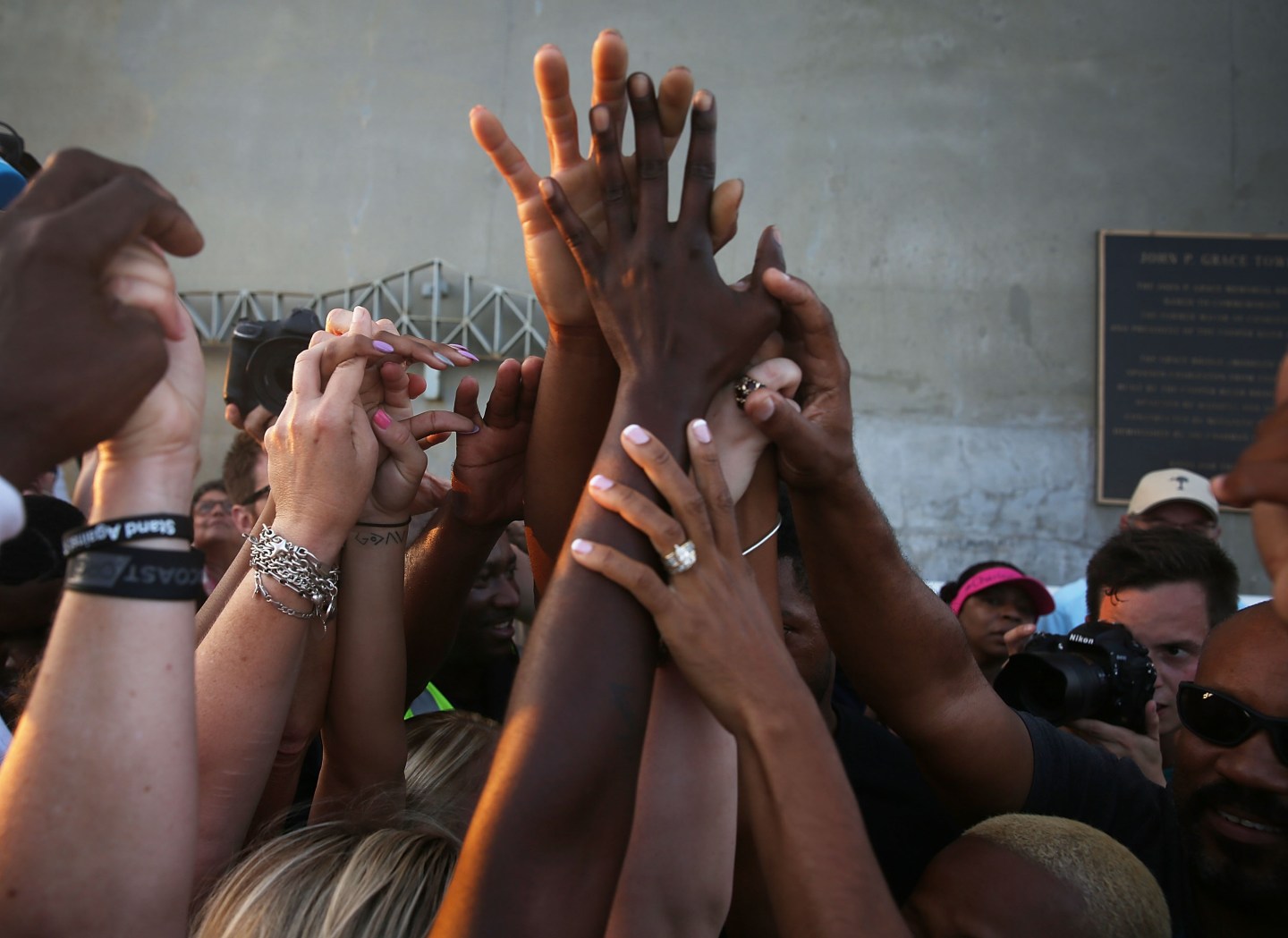 In the wake of last week’s shooting at a church in Charleston, S.C., that left nine dead, some voices that rarely pipe up on national issues resounded across social media: those of Silicon Valley CEOs.

Over the weekend, executives from Salesforce (CRM), Apple (AAPL), Microsoft (MSFT), and other tech companies took to Twitter (TWTR) to express condolences for the victims’ families. And some took it even further, joining some politicians to call for South Carolina to take down the Confederate flag that flies on the grounds of the state capitol.

My thoughts are with the victim’s families in SC.Let us honor their lives by eradicating racism & removing the symbols & words that feed it.

My hope is that together we can convert hate & racism to peace & understanding around the globe. https://t.co/eaFa3jwuAV

Too often in America the legacy ideas and beliefs of the past are holding us back from the promise of the future.

I agree @MittRomney: Take down the #ConfederateFlag at the SC Capitol. To many, it is a symbol of racial hatred. Remove to honor victims.

Mark Zuckerberg, of course, took to Facebook (FB) to express solidarity with Charleston. “Hope can overcome hate,” he wrote. But Slack’s CEO Stewart Butterfield certainly takes the cake for being the most outspoken in the Silicon Valley bubble. Butterfield took issue with a Wall Street Journal editorial on the tragedy, which said that the shooting was not rooted in racism. This is Butterfield’s first tweet, and the rest is here.

🕛 So! I’ve had a day to let it sink in, but this preposterous @wsj editorial! http://t.co/olnPohiYgH “a problem that defies explanation”