Foreign B-school grads left out in the cold in U.S. job market 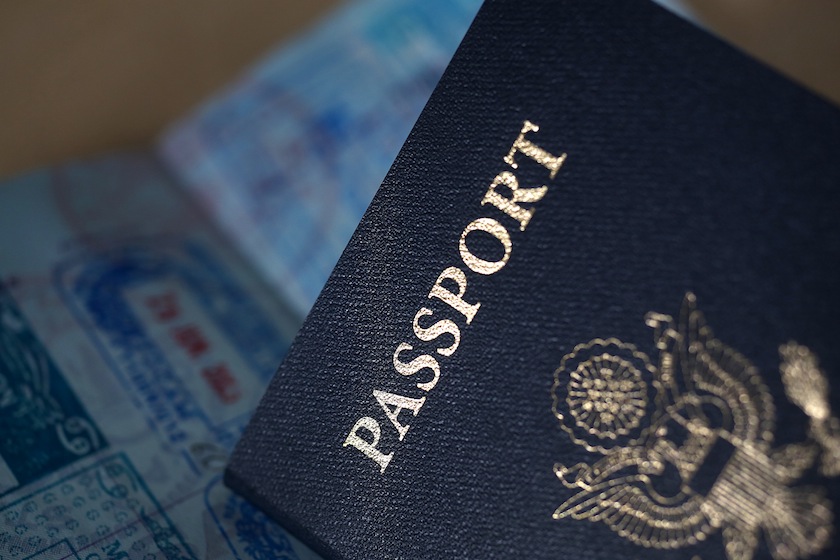 (Poets&Quants) — No question, Sudhanshu Shekhar was an all-star student at Northwestern University’s Kellogg School of Management. He was on the dean’s list. He was elected partner in the school’s consulting club, selected as vice president of the operations management club, and held membership in four other student groups. He won a Best Buy marketing strategy challenge and presented his recommendations to the firm’s C-suite. He leveraged a summer internship with Booz & Company into a post-graduation job with Pricewaterhouse Coopers after PwC acquired Booz and turned it into Strategy&.

The 28-year-old Shekhar had come to the U.S. from India to obtain an MBA from a top school, secure a high-level consulting job, and make an impact on global business practices. “If you work in India, you can only influence India. That’s not what I came here for,” says Shekhar. “I came here … to maybe influence the strategy of the whole world.”

Until this spring, it appeared he was well on his way. But now, Shekhar, who graduated from Kellogg with an MBA last year, is about to leave the U.S. in frustration, the victim of a controversial, lottery-based work-visa program that puts international MBAs in the same category as foreign mid-level IT workers accused of taking jobs from Americans.

Like many international students who come to an American school for an MBA, Shekhar had hoped to land a job that would allow him to stay and work in the U.S. But Shekhar did not win the H-1B visa lottery that this year saw 233,000 applications for only 85,000 of the “specialty occupation” visas for foreign nationals with bachelor’s degrees or higher. Instead, Shekhar will be leaving for Amsterdam to start work for Strategy&, as soon as his Dutch work permit comes through.

“It’s been frustrating, I will be honest,” he concedes.“I learned everything in the U.S. I should add value to the economy of the U.S.” His student work visa, which allows 12 months of employment during or after schooling, has just expired. “I can only stay in the U.S. for 60 days and then I cannot even stay, I have to go out. It’s two months of no work, which is not great.”

American business schools don’t tend to highlight potential visa problems for international MBAs, but applicants should do the research on the odds, Shekhar says. “If anybody comes to the U.S. thinking it’s a 100% surety that they’re going to get an H-1B, they’re stupid and they shouldn’t have been admitted in the first place. You can get unlucky, and you have to prepare for that.”

Friends of Shekhar’s who had graduated from Harvard Business School and the University of Chicago Booth School of Business also failed to obtain an H-1B, he says. “None of those guys ever planned on not getting it, and some of them are in a bigger soup than I am,” Shekhar says.

It’s difficult to say what percentage of international students who want to work and live in the U.S. with their MBAs are unable to do so, but a recent Graduate Management Admission Council (GMAC) report of MBA employers suggests it is a significant problem.

Only 28% of the employers who plan to hire MBAs in the U.S. this year expect to hire international candidates, according to a study released last month by GMAC. Another 25% said they have no objection to foreign hires but had no specific plans to make an offer to anyone from outside the U.S. Worse, 47% of the companies hiring MBAs this year in the U.S. said flatly they would not employ international graduates.

Many of the companies that refuse to consider foreign-born MBAs told GMAC that international hires cost too much, require time-consuming paperwork and documentation, face a limited supply of visas, and often pose language barriers and an additional investment of time in the hiring process. Companies also cited concerns related to security clearances and cultural differences to explain their refusal to hire international MBAs.

An oversubscribed path to employment

The H-1B is the work visa used by the vast majority of international MBA graduates from U.S. schools. The visa provides work authorization for up to three years, and after three years can be renewed for another three. Employers apply on behalf of employees, and applications have risen sharply over the past three years, but the number of available visas has remained the same.

When American business schools enrolled fewer international students, it was less of a problem. But as U.S. MBA programs have admitted larger and larger numbers of students from outside the U.S. to increase diversity and bring more of a global mindset into the classroom, getting jobs for those graduates has become a more troublesome issue.

The vast majority of international students apply to U.S. schools because they hope and want a job in the U.S. GMAC research shows that 87% of all foreign students studying in American graduate management programs intend to seek work in the U.S. after graduation.

However, the H-1B visa has become a political hot potato, with critics alleging massive abuse by firms seeking to replace American workers with lower-paid foreign employees, and two prominent companies—Disney and Southern California Edison—this year reported to have forced U.S. workers to train their foreign replacements before American workers were laid off.

For foreign nationals wishing to work in the U.S., getting an American MBA comes with a severe risk: those who fail to get work visas may end up back in their native countries, earning a much lower salary than they would have in the U.S. and owing a lot of money in student debt.

At Vanderbilt University’s Owen Graduate School of Management, for example, the visa problem has prevented a “considerable” percentage of foreign MBA graduates from pursuing their aspirations of working in the U.S., says Read McNamara, managing director of the school’s careers center.

This year’s lotteries were a win-lose-lose for two Stanford MBA entrepreneurs. Belgian Pierre-Jean “PJ” Cobut and Israeli Elad Ferber started a medical device company while at Stanford’s business school. They’ve raised $1.6 million in seed funding, have fully functioning prototypes, and are eyeing several attractive markets. But their next stop may be Canada—Cobut received an H-1B visa in this year’s lottery but Ferber did not.

“It makes zero sense,” Cobut says. “Every economist will tell you that economic growth comes from small companies. We’re growing the company, we’re paying taxes, what’s there not to like?”

Cobut and Ferber met at Stanford and developed Echo Labs with considerable help from the school’s entrepreneurship programs and the Stanford-linked startup accelerator StartX. Echo Labs will produce wearable health care devices that use light-based sensors to analyze an individual’s vital signs such as blood pressure and heart rate, and body states such as levels of oxygen and CO2 in the blood. Applications include athletic training and remote health and body monitoring. Potential clients include carmakers seeking systems that identify driver drowsiness, medical care providers who want to be able to assess patients from a distance, and insurance companies aiming to base premiums on real-time health indicators.

Ferber will soon apply for two other U.S. visas, the 0-1 and EB-1, which are issued to people with proven “extraordinary” potential—not necessarily a verifiable quality for a new entrepreneur, no matter how bright and talented. Ferber’s student visa runs out at the end of June. If he doesn’t get a work visa, he and Cobut will have to move the company outside the U.S., possibly to Canada, because it wouldn’t be possible for the company to operate effectively with the founders in different nations, Cobut says.

Canada has put in place a “startup visa” and has aggressively promoted it to failed U.S. H-1B applicants—most dramatically by putting up a billboard ad along the freeway between the San Francisco airport and Silicon Valley in 2013. “H-1B Problems?” the billboard read. “PIVOT to CANADA.”

For many who come to the U.S. with dreams of earning an MBA, long-term employment in America is at least a struggle, if not an impossibility. Kellogg’s Shekhar is a prime example. He had worked as an intern in the U.S. in 2007, researching enzymatic biofuel cells at Saint Louis University for a summer while getting a bachelor’s degree in chemical engineering from the Indian Institute of Technology in Kharagpur.

Straight out of his undergraduate program, he landed at Procter & Gamble in India as an associate manager for product supply, was promoted to manager after two years, and worked for the company for another two years, in India and at corporate headquarters in Cincinnati.

Set on a future career in consulting, he began applying to elite U.S. MBA programs. “Harvard and Stanford I applied to because everybody applies,” he says. He also completed applications for the Tuck School of Business at Dartmouth College and Kellogg. Shekhar built a spreadsheet showing how long it would take to pay off student loans from each school, which helped narrow his first and second choices to Harvard and Kellogg, both known for preparing students well for high-level consulting careers.

Shekhar was accepted to both Stanford and Kellogg. He chose Kellogg, partly because he wasn’t interested in the heavy tech focus at Stanford and also because Kellogg staff were extremely helpful and responsive, he says. “I knew that Stanford had a better ranking, but I didn’t get that love,” Shekhar says.

At Kellogg, Shekhar’s class was composed of 36% international students. When the H-1B lottery results began to come in, he was left out in the cold. “Everybody from Kellogg who graduated with me, they were like, ‘I got my H-1B, I got my H-1B.’ I still hadn’t heard back. That’s when you start getting nervous. That’s when I started networking for the possibility that I would not get it.”

To be sure, Shekhar sees a silver lining around the dark cloud the H-1B lottery has cast over his budding consulting career. His employer has agreed to bring him back to the U.S. after a year in Amsterdam, and a year of overseas work for a U.S. company will mean he can come back essentially on a rubber-stamp visa.”It will be, in the long-term, helpful,” he says. “I will have a year of European experience … and a year of U.S. experience. It will be a great addition to my resume, but the process of getting it is frustrating.”

Ranking The MBA Programs That Get The Best Student Talent

Top MBAs Name Their Favorite Professors In The Classroom