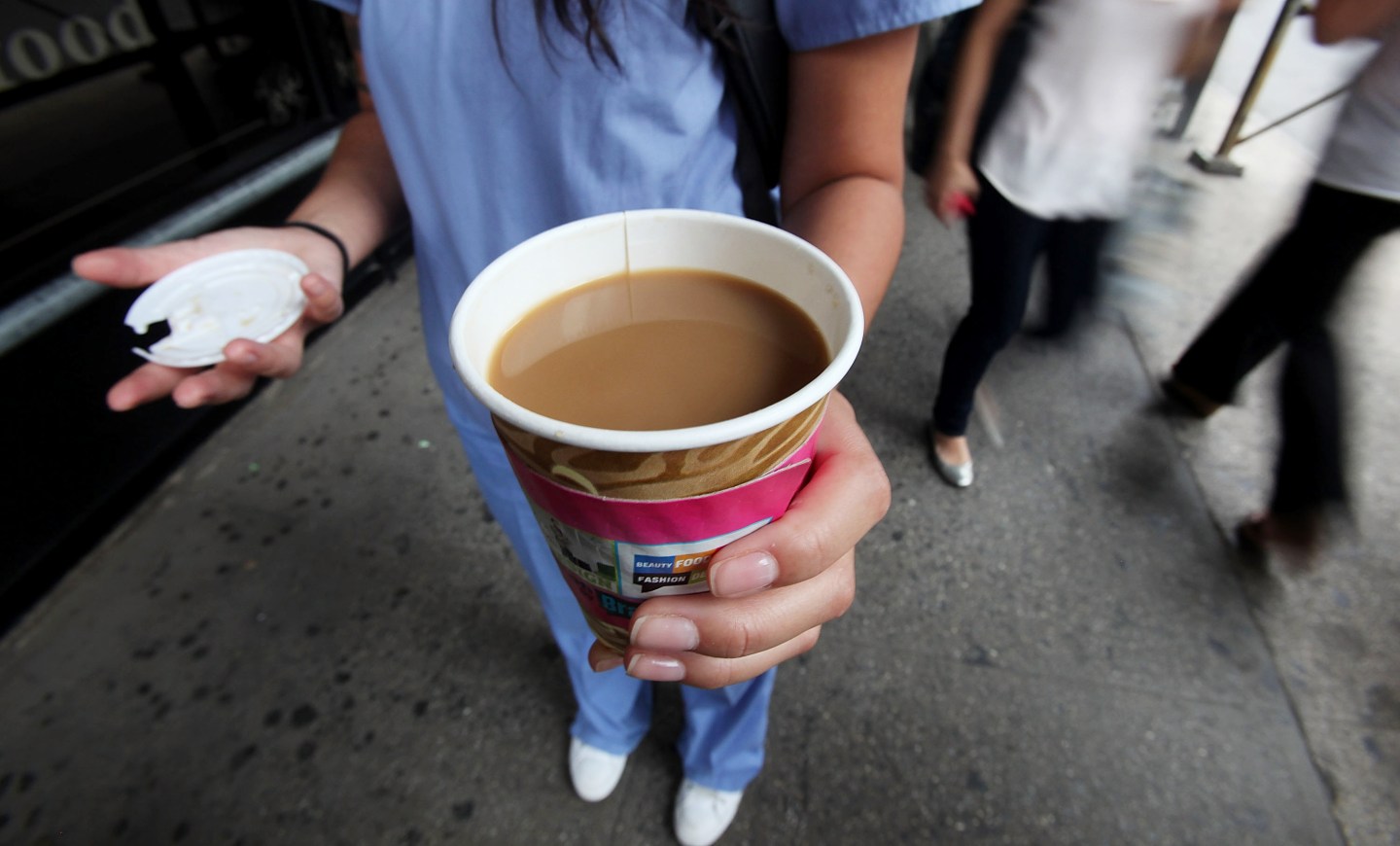 In this Photo Illustration, a woman holds a cup of coffee on the street August 3, 2010 in New York City.
Photograph by Mario Tama — Getty Images

Keurig Green Mountain’s K-Cups have gotten plenty of flak for being wasteful. In 2014, the company sold enough non-recyclable containers to circle the earth 10.5 times. The cups almost always end up in landfills. But Keurig machines might also be creating less waste, in a manner of speaking.

According to a biannual report on coffee released Friday by the USDA, coffee consumption is declining in the United States for the first time since 2009-2010. The reason? The rise of Keurig machines means fewer Americans are pouring their extra drip coffee down the drain.

According to the report, coffee consumption will drop in 2015-16 from 24 million 60kg bags to 23.7 million. While the decline is slight, it makes the United States the only top coffee-drinking country to see demand fall after steady growth.

Meanwhile, spending on coffee is up. Reuters reports that while Americans spent a record $11.9 billion on coffee in 2014, they’ll be spending $13.6 billion by 2016. Almost a quarter of American homes now own Keurig-style machines. But since the brewers generally only make one cup at a time, Americans who used to make a pot of drip coffee for themselves each morning no longer have to pour half their coffee down the drain. Says one roaster to Reuters: “We’re losing the sink as a consumer.”