China’s traders scale back on margin accounts after epic rally 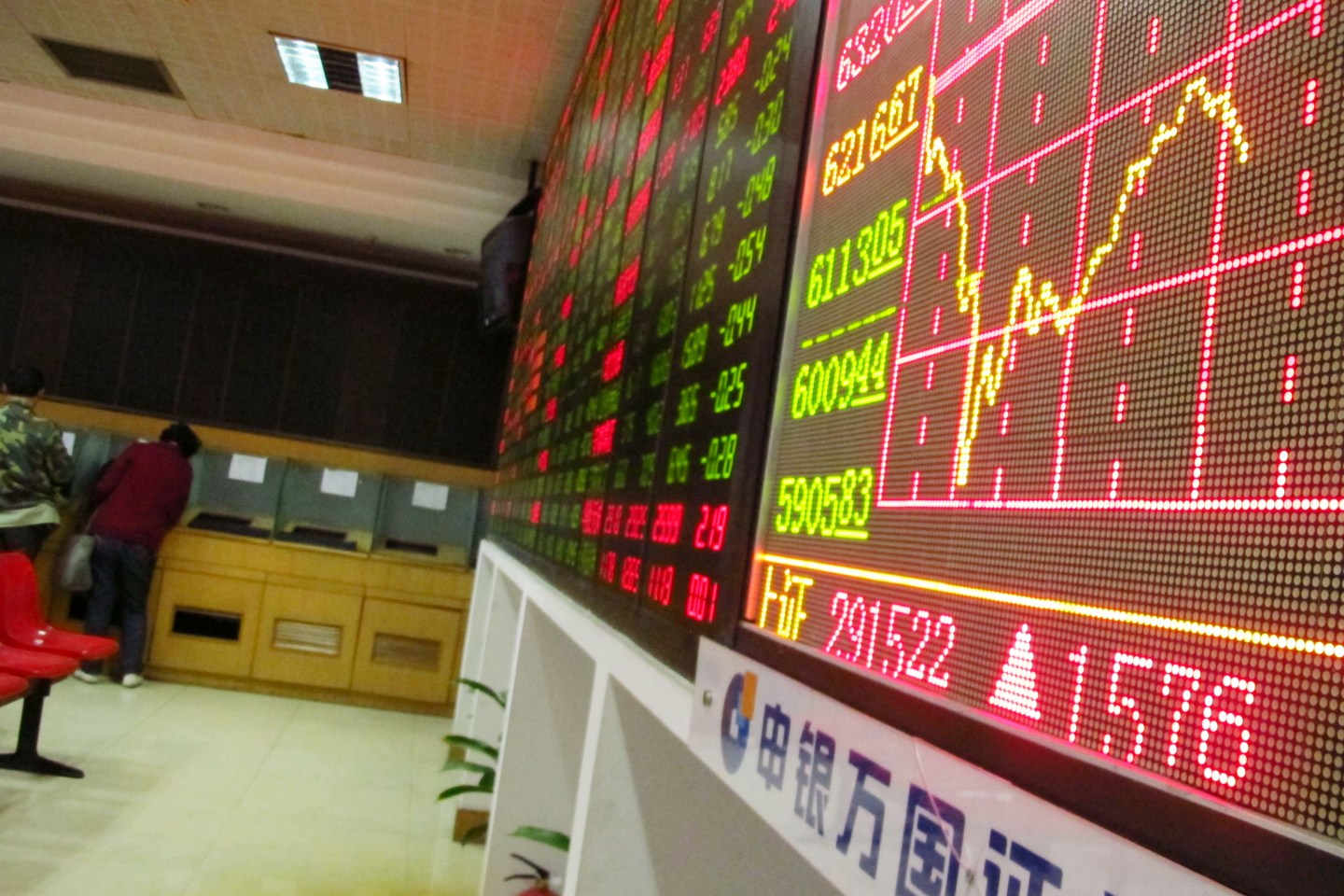 HAIKOU, CHINA - DECEMBER 05: (CHINA OUT) Investors watch the electronic board at a stock exchange hall on December 5, 2014 in Haikou, China. Chinese shares close higher Friday with the benchmark Shanghai Composite Index up 1.32 percent, or 38.19 points, to end at 2,937.65. The Shenzhen Component Index finished at 10,067.28 points, up 37.45 points, or 0.37 percent. (Photo by ChinaFotoPress/ChinaFotoPress via Getty Images)
Photograph by ChinaFotoPress via Getty Images

China’s markets are closed today for Dragon Boat Festival, an annual holiday ostensibly about celebrating an ancient poet named Qu Yuan but which has transformed into a day of drinking and eating glutinous rice treats with friends.

The rest is probably welcome: last week Shanghai stocks fell by 14% and more selling could be in store.

Margin debt, or borrowed money, used by Chinese stock investors on the Shanghai exchange fell on Friday for the first time in a month, according to Bloomberg data. Another data set including China’s other stock exchange in Shenzhen also shows a slowdown.

The otherworldly rise of Chinese stocks—more than 120% in the past year in Shanghai—can be attributed in part to the rise of margin lending, which doubled in the last half of 2014 and which allows Chinese investors, four-fifths of whom are small-time traders, to boost their bullish bets without needing much more cash.

But more importantly, the largest traders, with accounts of $1 million or more, have taken out margin loans and could be apt to quickly pull out amid last week’s slide. In the past year, Chinese stocks have fallen dramatically whenever the China’s stock regulator discusses cutting margin lending at the county’s brokerages.

According to analysts at the brokerage Reorient, it may have been market factors that triggered the wave of selling last week: Reorient estimates that 23 IPOs are currently in their subscription periods, locking up a staggering 7 trillion yuan ($1.13 trillion) of liquidity as bidders are forced to keep money on their accounts until the allocations are divvied up. Massive oversubscription of IPOs is a perennial trait of frothy stockmarkets, as investors bid for a multiple of what they really want, in anticipation of the available shares being rationed. No wonder money was tight for short-term speculative loans.

In recent months, temporary squeezes on liquidity have been more than outweighed by the measures taken by the People’s Bank of China to keep the economy’s financial wheels greased. Cuts in interest rates and reserve requirements on banks have all helped to keep the market plates spinning, even as the economy slows. Most expect it to do so again.

But the regulator has already warned about the market getting too frothy, and is clearly aware of the need to ensure that some “two-way risk” remains. The coming week will tell the world a lot more about how many small-time speculators it’s prepared to sacrifice for the greater good.