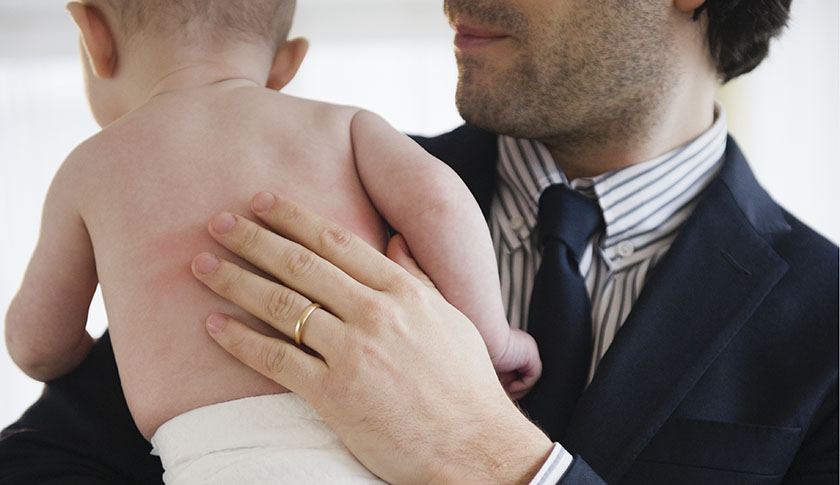 With Father’s Day almost upon us, what better time to give a shout-out to companies that have recently taken a giant step toward supporting working dads: extending their paternity leave polices.

Giving fathers paid time off to care for their newborns has been linked to a host of benefits: narrowing the wage gap, improving workplace culture and even a decreased rate of postpartum depression. Nevertheless, only 14% of companies with more than 50 employees provide paid leave for dads, according to the Families and Work Institute.

President Obama brought the issue of paid maternity leave into the spotlight when he pledged to make it a priority during his final years in office, and that attention may be starting to benefit dads as well. “We are now seeing another wave of expansions [of leave policies], prompted by what seems to be a new sense of corporate responsibility on the part of some employers,” says Jane Waldfogel, a professor of social work and public affairs at Columbia University School of Social Work. Tech firms have long been the leaders in this area, but it’s gratifying to see that players in other industries, including finance, consumer products and consulting, are beginning to improve their policies, too.

In the hopes of encouraging more companies to follow in their footsteps, a salute to a few of the firms that have made paternity leave strides since Father’s Day 2014:

The banking giant doubled its paid paternity leave to four weeks for new fathers and other “non-primary caregivers” for a birth or adoption this June. The policy applies to same-sex couples, too. “We understand that it is important for both parents to have time at home and share responsibilities after the birth or adoption of a child,” says a spokeswoman. While four weeks isn’t exactly jaw-dropping, it’s worth noting that, historically, the banking industry has been less flexible than other sectors when it comes to time off for new dads.

As of May 1st, Johnson & Johnson gave all new parents—maternal, paternal, and adoptive—an additional eight additional weeks of paid leave during the first year of their child’s birth or adoption, bringing the total length of the company’s paternity leave to nine weeks. An extra perk: J&J made the policy retroactive, so any employee who became a parent in the last year could claim the extra days.

Insurance company MetLife amended its policy last October to acknowledge that fathers may be primary caregivers. The new policy offers eight weeks of paid leave to anyone who shoulders more than half of the responsibility caring for a newborn. “With this new policy, we are no longer assuming the primary caregiver is only the birth mother and are no longer using ‘maternity leave’ and ‘paternity leave’ to describe this benefit,” the company announced at the time.

Earlier this month, Virgin Group’s investment division announced that it will offer up to one year of paid leave to be shared between new parents. (The U.K. introduced new legislation in April that allows parents to share a portion of their maternity or adoption leave with their partner.) Virgin Management’s policy only applies to workers based in the U.K. and Geneva who have been with the company for four years, but there’s speculation that it could be expanded. A company spokesperson told ABCNews: “We are in the process of working hard on making this happen in the U.S. and hope to have an update in the coming months.” In a blog post on the new policy, Virgin Group founder Richard Branson wrote: “If you take care of your employees they will take care of your business.”

Last fall, the petition website announced that it would begin offering 18 weeks of fully-paid parental leave to every employee who becomes a new parent. At the time, Change.org president and COO Jennifer Dulski told Fortune that the expanded program would be the most generous equal leave policy among all U.S. tech companies. While not dad-specific, the policy was created to level the playing field for all parents, said Dulski: “What you don’t want to do is create a set of policies that generate a set of behaviors that perpetuate inequalities among different types of parents.”

Facebook is known for providing one of the most generous paternity packages in the U.S. (indeed, it’s relatively similar to the Change.org policy), but the company made headlines in May when it said it would require contractors to provide workers who don’t have paid family leave $4,000 to spend on their newborns. Facebook provides full-time employees with the same stipend, as well as 17 weeks of paid leave.