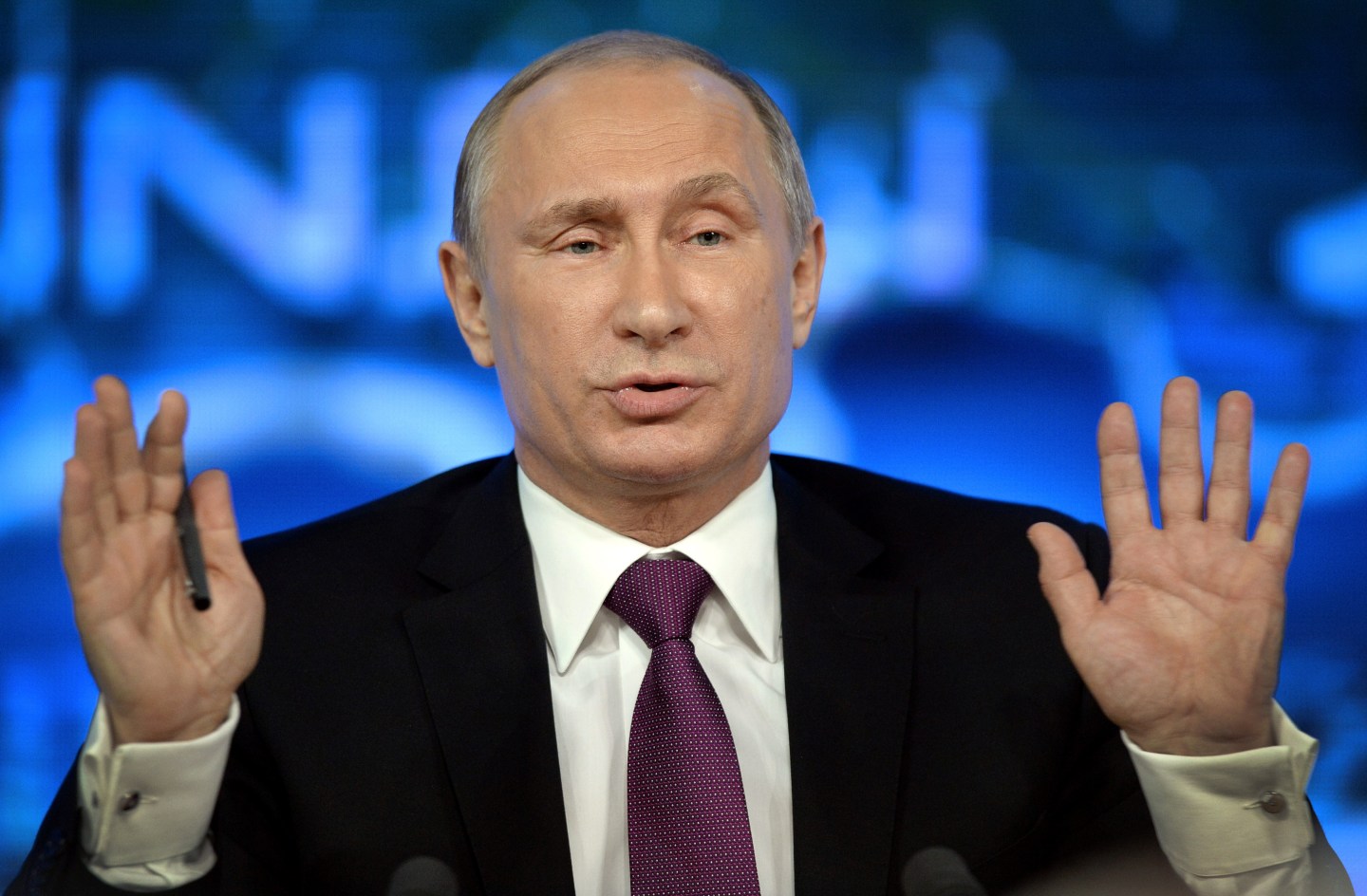 Call it a case of the broke leading the broke.

On Friday, Vladimir Putin’s spokesman Dmitry Peskov told The Associated Press that Russia would be willing to lend Greece the money it needs to survive its debt crisis.

“If the Greeks ask for a loan then we will consider it, but they have not yet asked,” Peskov told the AP. “We would do this because they are our partners and this is a normal practice between countries who are partners.”

Time is running out for Greece. Euro zone finance ministers and leaders are due to meet on Monday for emergency talks to find a way out of the negotiations deadlock between Athens and its creditors. If there is a Greek default, it could precipitate the debt-laden country’s exit from the euro zone.

Though some analysts have worried that the intransigence of European lenders would force Greece into Russia’s sphere of influence, it’s not clear just what Russia could do for the Greeks, given Russia’s own economic troubles amid low oil prices and Western sanctions.

Though talk of loans might just be talk, Russia and Greece did come to an agreement Thursday to build a pipeline through Greece that would deliver Russian gas to the European market. According to the AP:

Russia promised Greece hundreds of millions of dollars in transit payments yearly if it agreed to build the pipeline. Construction of the pipeline is expected to start next year and be completed in 2019.

Russian Energy Minister Alexander Novak said Russia and Greece would be equal partners in the project, with Russia’s half owned by the state bank VEB.