These Fortune 500 companies leapfrogged the rest 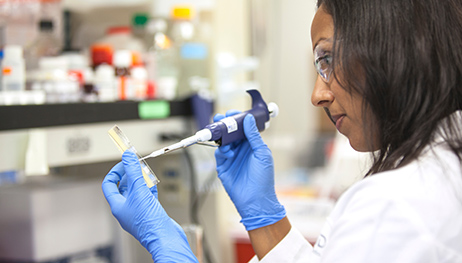 Gilead Sciences (GILD) had a banner 2014. Its revenue more than doubled from the previous year while its profits nearly tripled.

The nearly three decade-old biotech company was the biggest gainer on the annual list, largely because of the strong financial performance of some of its drugs. It had some tough competition for the title, particularly from oil companies, which enjoyed a flush first half of the year before taking a hit from falling oil prices.

Much of Gilead’s gain came from its new hepatitis C drug, Sovaldi, which rung up $10.3 billion in sales and almost singled-handedly doubled the company’s revenue. Overall, Gilead saw a 122% increase in annual sales to $24 billion.

MORE: Read about Apple on the Fortune 500

But 2014 was also the year Gilead took a break from acquisitions, much to the displeasure of investors. Coupled with fears that its hepatitis C drug sales may be plateauing, Gilead’s shares hit a wall. They rose more than 30% from January to September, and then flatlined the rest of the year. Under pressures from investors, the company recently said that it’s “taking suggestions” about which companies it should acquire.

Nevertheless, Gilead’s revenue and profit continues to grow. Sales of its hepatitis C drugs Sovaldi and Harvoni are on track to generate $15 billion in sales for 2015, despite the steeper discounts the company promised to insurance companies.

Gilead is, of course, just one of many companies that managed to leapfrog over the others on the Fortune 500. Energy companies, fueled by the oil boom, also saw impressive jumps in rankings

Murphy Oil (MUR), an oil and gas producer with operations in the U.S., Canada, Malaysia, and the Republic of the Congo, gained 120 spots in the ranking to end up at No. 350. The company attributed much of its gains to its Eagle Ford Shore operations in south Texas.

To be sure, Murphy Oil has had a bumpy ride in the Fortune 500 prior. After spinning out its gas station and convenience store business, the company plummeted to No. 470 on last year’s list. Murphy Oil spent 2014 balancing its assets and growing its oil production. It paid off, at least for 2014, although lower oil prices this year won’t help much going forward.

In third place for the biggest gainer on the Fortune 500 is Devon Energy (DVN), another oil and gas producer. The 44-year-old company rose 118 spots to No. 152. Devon’s revenue grew 88% last year to $19.6 billion, much of it from its $6 billion acquisition of assets from GeoSouthern Energy. The company also attributed some of the revenue hike to growth in its Devon’s Eagle Ford and Delaware Basin operations.