Gilead CEO: “We are taking suggestions” on companies to buy 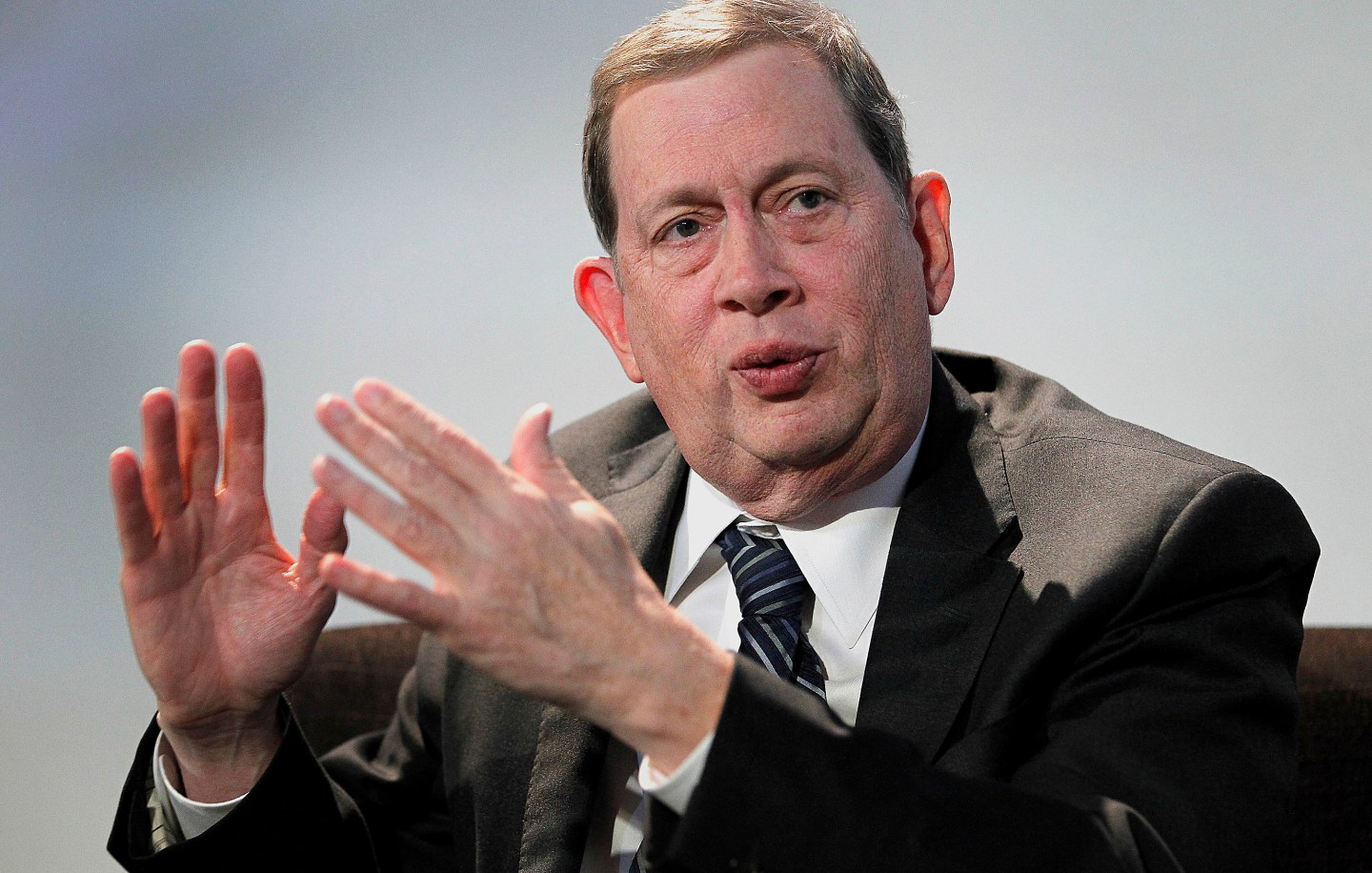 In the weeks leading up to Gilead Sciences’ first-quarter earnings Thursday, investors had one burning question on their minds: Who would the biotech company buy next?

While other biopharmaceutical firms had been snatching each other up in a hurry, Gilead, with a market value of $149 billion, had remained immune from the M&A fever. It hasn’t struck a major deal since its 2011 purchase of rival drug maker Pharmasset. And investors were getting impatient for a new acquisition to reinvigorate the company. Without one, they worried that Gilead’s drug pipeline could dwindle and the stock would run out of steam.

Indeed, despite the fact that Gilead (GILD) more than doubled its sales and nearly quadrupled its profits last year, it was trading at just 10 times expected 2015 earnings as of market close Thursday. That’s the cheapest valuation among major biotech companies and about half as expensive as the average Nasdaq stock. Analysts have recently suggested takeover targets for Gilead ranging from Vertex (VRTX), which is valued at $29.5 billion, to $6 billion Intercept Pharmaceuticals (ICPT).

But Gilead surprised investors Thursday with higher-than-expected sales, soaring profits and a fresh appetite for mergers and acquisitions. Evercore ISI biopharma analyst Mark Schoenebaum summed up his reaction to the results with a single word: “Wowza.”

In the first quarter of 2015, Gilead’s revenues grew 52% year over year to $7.6 billion. Profits, meanwhile, nearly doubled to $4.3 billion. The company reported diluted earnings per share of $2.76, clobbering Wall Street’s consensus estimate of $2.21. It also raised its expectations for 2015 product sales by $2 billion, to as much as $29 billion—a move that “speaks volumes,” given that Gilead generally offers conservative guidance, Schoenebaum wrote in a note to clients.

With that hefty cash flow, CEO John Martin said he was ready to spend some of that money on significant acquisitions—whether large or small. “We are open to suggestions,” he said during Thursday’s earnings call in a nod to the rampant speculation on possible targets.

Martin, who was recently named CEO of the year for 2014 by investment research firm Morningstar, added that he’d look to buy treatments for diseases in which the company already specializes. Gilead’s hepatitis C drugs Sovaldi and Harvoni, along with its portfolio of HIV therapies, make up the vast majority of its revenues.

While Martin had previously shied away from making acquisitions to focus on the recent launches of Sovaldi (approved by the FDA in 2013) and its successor Harvoni (approved in late 2014), he told investors on the earnings call Thursday that Gilead is increasingly interested in doing deals. “With our appetite to continue to do more things for more patients around the world, it would be a good time for Gilead to consider a wide range of things,” he said. (Earlier on the call, Gilead’s head of research and development Norbert Bischofberger said that there were “myriad external possibilities” for the company to enhance its drug pipeline.)

After sliding nearly 2% during market hours Thursday, Gilead’s shares traded up as much as 3% after-hours following the earnings release.

Investors’ reaction was much more positive than it was the previous quarter, when Gilead announced steeper discounts on Sovaldi and Harvoni to some insurers and government programs like Medicare. Wall Street reacted by selling off Gilead stock over worries that the rebates would slash sales.

The price cuts, however, did little to win over patient advocates, who have criticized the company for the high cost of its drugs. Without discounts, a full course of treatment can still cost nearly $95,000.

So far, though, investors’ fears appear unfounded. Sales of the hepatitis C drugs totaled more than $4.5 billion in the first quarter, surpassing analysts’ expectations by a long shot. At that rate, Sovaldi and Harvoni are on track to exceed $15 billion in combined sales for all of 2015—shattering previous records for annual drug sales and making them even more successful than mega blockbusters such as Lipitor.

For more about the pharma industry, watch this Fortune video: