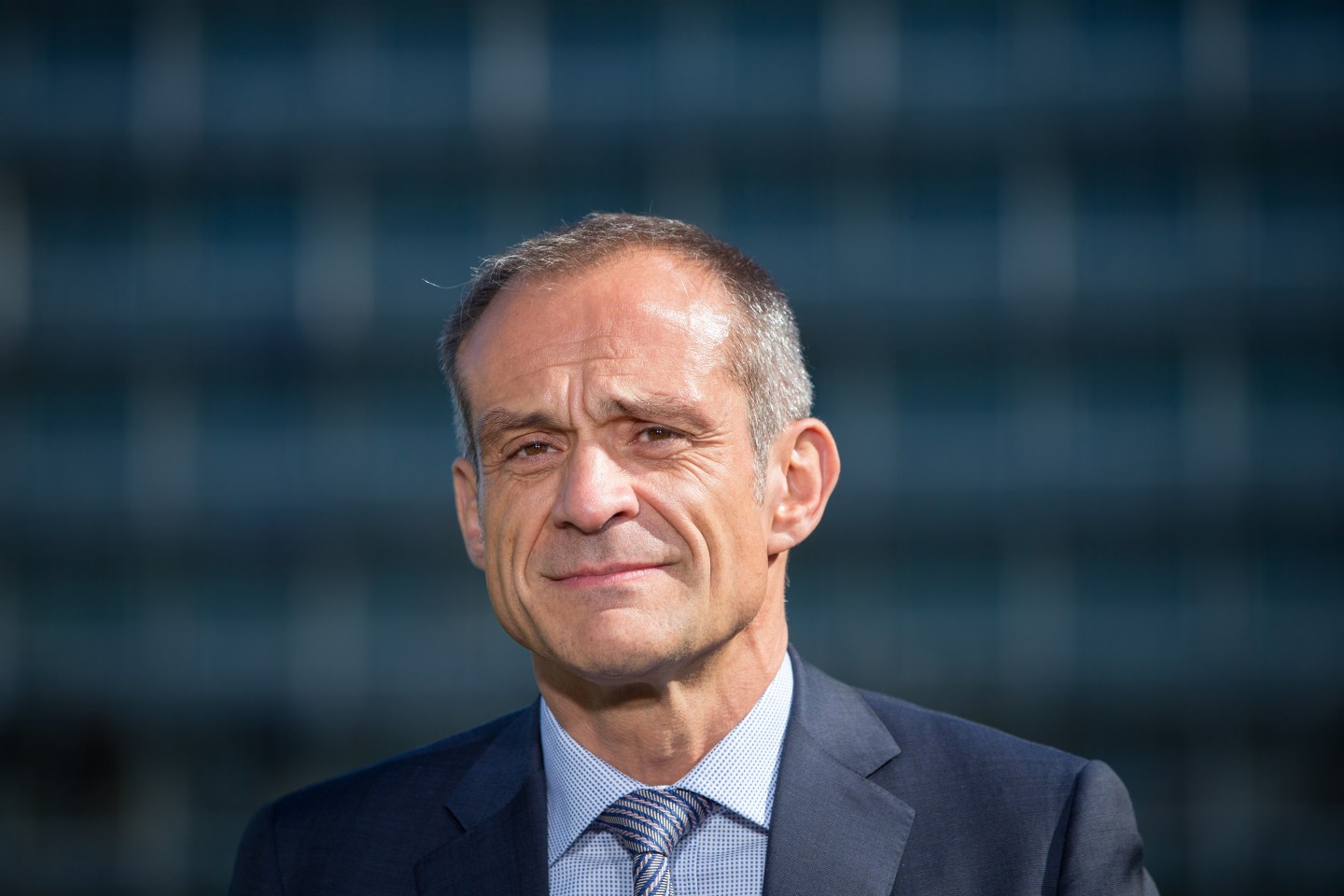 Jean-Pascal Tricoire, chief executive officer of Schneider Electric SE, poses for a photograph ahead of a Bloomberg Television interview during the Business Climate Summit outside the Organisation for Economic Co-operation and Development (OECD) headquarters in Paris, France, on Thursday, May 21, 2015. Executives of companies including Areva SA, Total SA and L'Oreal SA are due to present their carbon reduction targets at the summit, ahead of major international climate conference COP21 in Paris in December. Photographer: Jasper Juinen/Bloomberg via Getty Images
Photograph by Jasper Juinen — Bloomberg via Getty Images

Could creating an army of “Gender Equality Technicians” or prompting companies to do annual, firm-wide salary gap surveys bring about real gender equality?

We’ll see. UN Women has announced the latest powerful men to join its HeForShe quest to enlist male leaders in the push for equality—and the some of the pledges involved go far beyond the typical gender equity initiatives. This round of commitments comes from top executives of five big companies, eight world leaders and five university heads. It follows the first pledges, which were announced in May at the World Economic Forum in Davos.

Elizabeth Nyamayaro, Senior Advisor to Under Secretary-General UN Women and head of HeForShe, says the campaign focused on soliciting pledges that would have clear, measurable results. “We’ve been talking about gender equality for a long time, now we want to make it a reality,” she says. “The process has been very selective, we’re set the bar very high….We focused on very tangible, concrete deliverables, within the shortest timeline possible.”

Nyamayaro also notes that HeForShe will be releasing annual reports on each of the participants, measuring their progress and tracking which goals have been met. The first of these interim reports should be out this December.

While all the pledges lay out impressive goals, a few stand out as particularly interesting or unexpected.

Jean-Pascal Tricoire, CEO of Schneider Electric, says his company will eliminate the gender pay gap for 150,000 employees by 2017. While this goal isn’t as sweeping as some of those laid out by other firms, the company’s plan to fulfill it is unusually detailed. The company reports that it already has a salary equity program in place in its France office, where HR compares the pay of 20,000 employees each year, looking for gaps. When unfair disparities are discovered, they are rectified using funds from a dedicated budget. Schneider Electric plans to expand this proven process to its offices around the world.

Among the heads of state, the plan announced by Klaus Werner Iohannis, President of Romania, is particularly notable. Iohannis says his country is in the midst of creating two new professions: Expert in Gender Equality and Gender Equality Technician. The roles will help with the implementation of strategies for achieving gender equity and stopping domestic violence. Iohannis pledges that country will finalize the training required to do these jobs this year, and that by 2020, 1,680 public institutions will employ an “Expert” or “Technician.”

Here’s the rundown of the other CEOs, heads of state and university leaders participating, and the highlight of the commitments made by each:

Anthony Jenkins, CEO, Barclays: Reach 2.5 million women with financial inclusion programs. Jenkins pledges to include women of every age and economic group with these initiatives, which will expand access to credit and banking, teach financial literacy and remove barriers to business ownership.

Dominic Barton, Managing Director, McKinsey & Company: Increase the representation of women in consulting roles to 40% and bring the percentage of women hired at the undergrad level in North America to 50% by 2020.

Sauli Niinisto, Prime Minister of Finland: Decrease violence against women by 5% by 2020.

Ir H. Joko Widodo, President of the Republic of Indonesia: Reach at least 30% representation of women in parliament.

Andrew Hamilton, vice chancellor, University of Oxford: Put women in one third of leadership roles by 2020.

Samuel Stanley, J. president, Stony Brook University: Close the gap between men and women from matriculation to graduation by 2020.