Hotel chains that get the most hate on social media 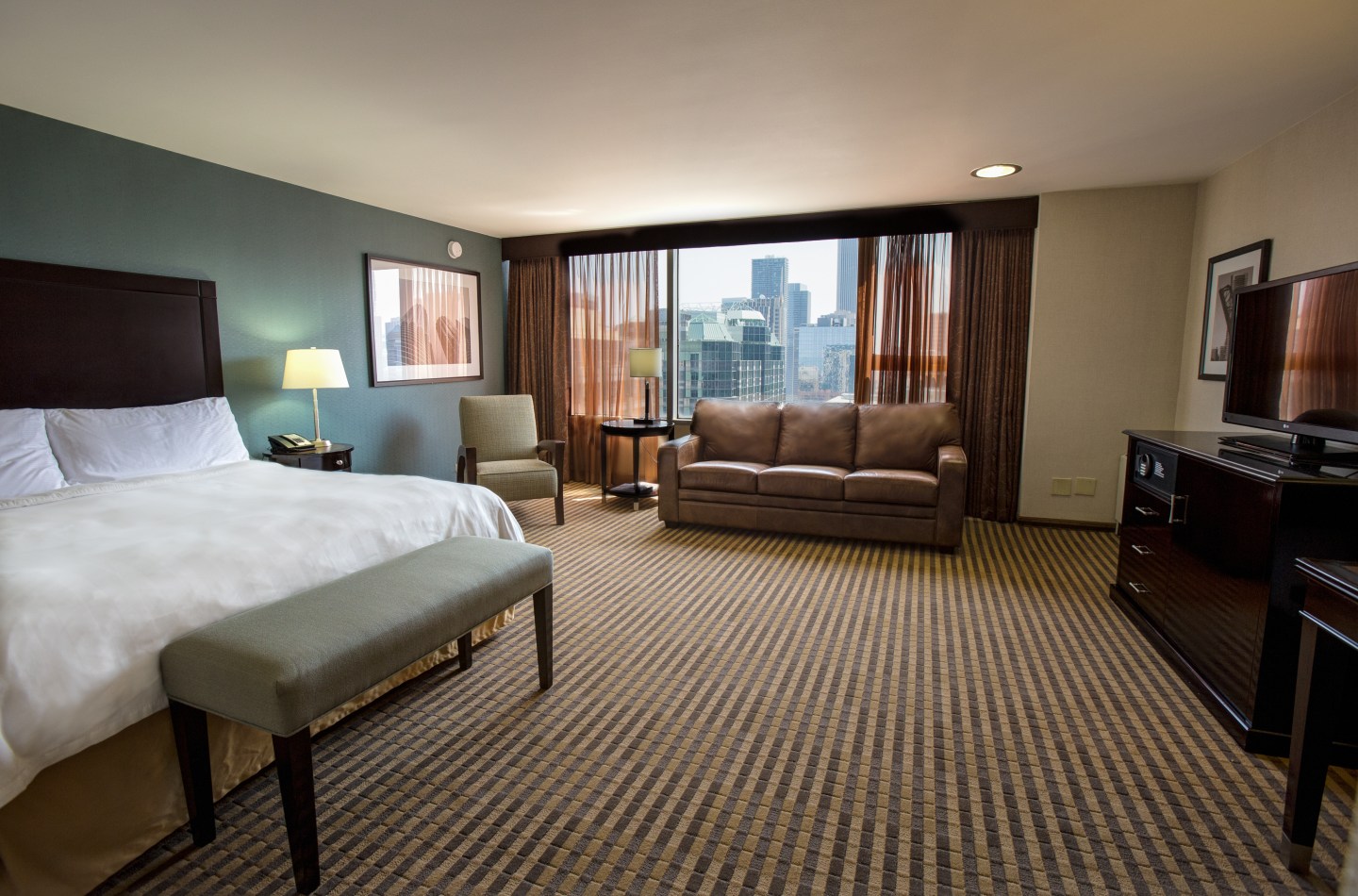 When it comes to getting beat up on social media, the Hilton chain is a standout, a new survey by Crimson Hexagon finds.

The research analyzed Twitter posts over an almost six-month period. Hilton had a 17% negative rating; customers complained about charging for Wi-Fi, connection speeds, poor customer service, getting spammy phone calls and billing problems, according to the survey.

But compared to the airlines, the American hotel industry are relative angels. Three airlines — American, Delta and United — had negative ratings that exceeded 50%. The most popular carrier, Southwest Airlines, had a negative rating of 38%, more than double Hilton’s rating.

Put differently, the worst hotel is twice as good as the best airline.

Let that sink in for a minute.

For hotels, success is measured in large part, by positive ratings on social media. Radisson (62%) and Best Western (57%) — two brands that don’t win a lot of customer-service awards — led the pack, followed by a familiar name, Marriott (45%). Interestingly, Radisson also has the lowest negative sentiment, at just 4%. The reason? Loyalty, says John Donnelly, the senior vice president of global sales and marketing at Crimson Hexagon.

“In the hotel industry, customer loyalty is paramount,” he says. “Social media gives hotel brands the opportunity to deepen engagement with their customers, build an emotional connection and amplify loyalty initiatives to new platforms.”

Take DoubleTree’s cookies, which are parceled out to guests when they arrive. They’re delicious. “The fact that there are more than 1,000 happy tweets about your free cookies is a good sign — and might inspire other brands to try something similar,” says Donnelly. “Insights like these can help hotel brands make smarter decisions about their loyalty programs and customer experience initiatives.”

As Clayton Barrett tweeted, “Shout out to the DoubleTree in Cincy for the free cookie at check in. Now that’s how you earn my services.” (But let’s be honest, any one of us could have written that.)

Radisson generated a lot of good will with its sweepstakes.

“Our first giveaway is 2 FREE NIGHTS! Tweet @Radisson & use hashtag #24HrsOfRadissonSweeps to enter,” it tweeted earlier this year.

“@Radisson AMAZING giveaway! Thank you so much for the chance! =D #24HrsOfRadissonSweeps,” replied Twitter user Erika.

How can Crimson Hexagon determine if a tweet is positive? The company says it uses human-guided machine learning capabilities to analyze unstructured text from websites, blogs and social networks. It selected the hotel chains based on variables such as number of rooms, employees and number of hotels owned.

When it comes to customer service and social media, hotels get some hate, but mostly love. The top performers are recognized for giving away “free” cookies and room nights, but not necessarily for having the best facilities, food and beverages, or service. Still, it’s a lesson the airline industry could take to heart.

Yeah, you miss those cookies on Midwest Airlines. Me too. They were so tasty.