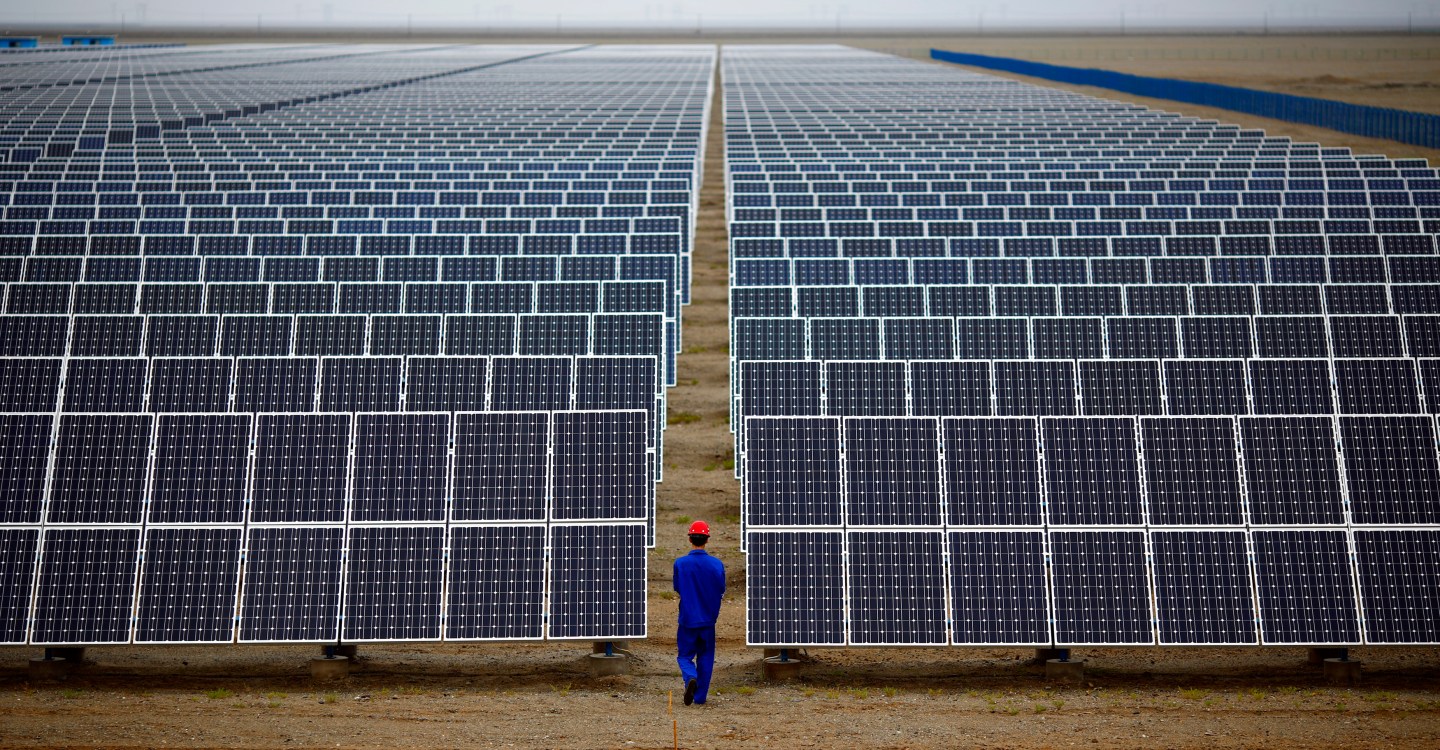 China has emerged as the world’s largest market for solar panels and in 2015 is expected to be home to a quarter of the planet’s new energy capacity from solar panels, according to a new report from GTM Research. China is rapidly adding as much power generation as possible, and solar is just one source of new energy generation in the country.

China is expected to install 14 gigawatts of solar panels in 2015 out of a total 55 gigawatts worth of solar panels installed worldwide. In addition to China, countries in the Asia Pacific region are supposed to count for more than half of the world’s new solar panel capacity this year, including many new solar installations in Japan (a huge market following the reduction of nuclear in the wake of the Fukushima crisis), and an emerging potentially huge market in India. One gigawatt is around the size of a large natural gas or nuclear plant.

Usually when people think about solar panels they picture panels installed on the rooftops of homes or buildings. And while that market is growing in some countries, the vast majority of solar panels being installed in China are mounted on the ground, organized into big solar farms, installed in remote areas and sold to utilities. China’s National Energy Administration says that out of the 28.05 gigawatts of solar panels that were connected to the country’s grid by the end of 2014, 23.38 gigawatts came from the ground-mounted type of solar panels.

The solar panel farms in China are getting massive, particularly in the Gobi desert. This NASA satellite shows images of a sprawling solar panel farm in Dunhuang, in north west China’s Gansu Province, that has tripled in size between 2012 and today. Gansu Province alone had a total installed solar panel capacity in 2014 of 5.2 gigawatts, and it’s supposed to add another 0.5 gigawatts this year.

GTM Research analyst Adam James says the new growth in solar panels in China is being pushed by a new feed-in tariff program in the country (solar generators can be paid a fixed competitive price for the energy created), and the Chinese government’s ambitious “Five Year Plan,” which calls for a certain amount of solar installed in the next few years.

China needs as much electricity it can get, and because the country has more recently started to tackle its massive air pollution crisis, solar is seen as a cleaner way than coal to boost the electricity supply. Three gigawatts worth of coal power-producing plants were actually closed in 2014, and 18 gigawatts have been closed to date in the country. China pledges to eliminate 20 gigawatts of coal capacity over the next five years to help with air pollution.

But now China is buying a lot of its own panels, helping give the country dominance in the global solar economy. About a third of the total solar module output (modules make up a panel) from China in 2014 went to solar panel farms installed in China, according to China’s National Energy Administration.

The U.S. is expected to install 8 gigawatts of solar panels in 2015, about 14% of the total global market. Unlike in the developing markets, the U.S. is seeing a growing percentage of its solar panels being installed on the rooftops of homes and businesses.