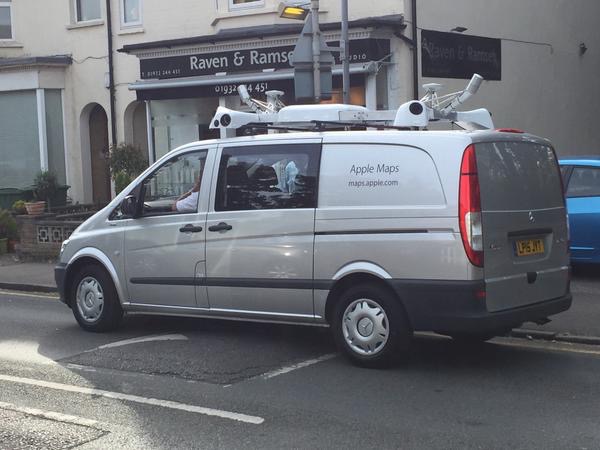 Showing an ostentatious concern for privacy not shared by all its competitors (ahem, Google), Apple issued a warning last week that it was sending a fleet of data-collecting minivans into several dozen cities in England, Ireland and the U.S.

The mission: To improve Apple Maps.

This week the first wave of these vans have been spotted—and photographed—in the wild.

They look a lot like the experimental minivans Apple leased last year, but are painted gray and clearly labeled Apple Maps. They are believed to be gathering detailed data with cameras and lasers.

The first image here was shot near London Thursday by Stuart Bunyan and posted on Twitter.

This one was spotted June 9 in Chicago by Patrick Latuszek:

This one on July 9 near Coney Island in Brooklyn by Christopher Martin:

If you see one in your neighborhood, do me a favor: Snap a photo and post it with a link to my Twitter handle: @philiped.