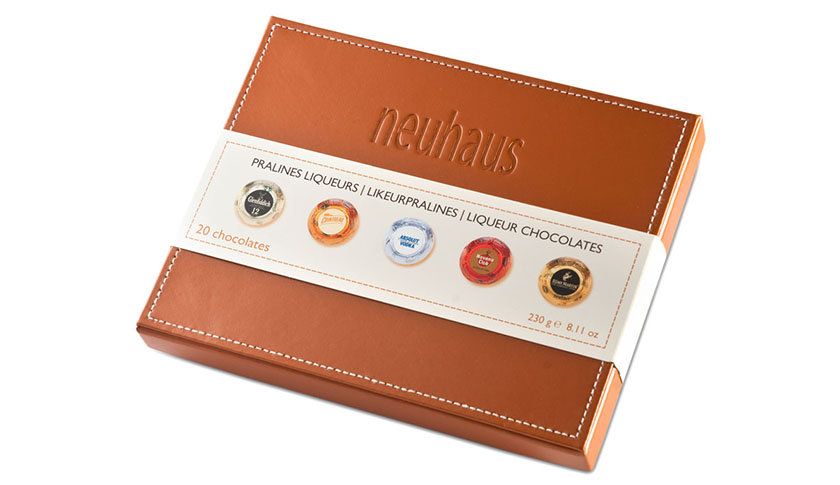 Good alcohol shouldn’t be saved just for drinking. A handful of high-end chocolatiers have confections with top quality booze as part of their collections, and though Clay Gordon, the author of the book “Discover Chocolate,” says that these usually aren’t top sellers compared to other flavors, they should still be appreciated.

“Chocolates with spirits generally aren’t super popular in the United States, but well made ones have finesse and sophistication,” he said.

Liqueur chocolates traditionally come in either a ganache style or in an intense filled form which gush out upon biting. The latter are like edible shots according to Mr. Gordon because they are made with more alcohol than their comparatively understated counterparts.

Whether you’re into a buzz or just want a taste of booze from your chocolate, below are six upscale varieties worth the expense—and the calories.

Handmade daily in the Italy-based company’s headquarters in the middle of the Tuscan countryside, more than half the confections in this 12-piece assortment have alcohol: there’s a marsala wine from Sicily coated in milk chocolate, a grappa in white, a rum with dark and a vin santo that’s also dark but has an extra kick of sweetness because of the powdered sugar coating. The creamy texture comes from whole milk powder and cocoa powder instead of the standard heavy cream. The company's boutique in New York City sells a custom-made, all-alcohol box. $33

Considered the premium chocolate brand in Belgium, this more than century-old company prides itself on using only top shelf ingredients, and this 20-piece collection is no exception. The five dark praline flavors have liquid liquor fillings made with Glenfiddich Whisky, Cointreau, Smirnoff Vodka, Pampero Rum and Remy Martin Cognac. If you like a heavy hit of alcohol, these bold confections are made for you. The leather box they come in is a keepsake too. $39

The eponymous chocolatier, who makes her own bean-to-bark chocolate using cocoa pods from her native Honduras, hand-rolls these unbelievably decadent and rich truffles in her Brooklyn facility with just four ingredients: 65 percent dark chocolate, organic and non-homogenized heavy cream from a small farm in Vermont, a touch of grass-fed butter and a generous pour of The Macallan 10-year scotch. Though they have only a three-week shelf life, the bite-sizes pieces won’t last that long, and who would have thought that her biggest orders for these come all the way from Japan? $32

From a Chicago brand known for its unusual chocolate renditions, this bar sticks to that out-of-the box theme. The slightly smoky, not-too-sweet interior is an inebriating mix of rich dark chocolate stout from Rogue’s, an Oregon brewery known for handcrafted ales, burnt sugar caramel and Alderwood smoked salt. The combination is covered in a crunchy chocolate shell of 70 percent cocoa, but the gooey inside oozes out with every bite. $7.50

Your standard cordials these aren’t: former commercial banker Joan Coukos Todd handcrafts the bonbons in her Chelsea workshop by taking the plumpest and juiciest Italian Amarena cherries and soaking them in a house-made sour cherry syrup infused with Absolut vodka. She then encases the fruit in a thin layer of 65 percent Valrhona chocolate and finishes them with a shimmery powder which gives them an attractive ruby luster. The 24 pieces rest temptingly in a flat coral box. $69

Infused with a type of cognac called Fine Champagne, these truffles go back more than three decades to when Robert Linxe founded the tony French brand. In line with the tradition of La Maison, they have a delicate flavor and silky texture. A team of artisans hand makes them several times a week in the company’s Willy Wonka like chocolate workshop in the Paris suburbs using dark chocolate, a splash of the spirit and crème fleurette, which is lighter than heavy cream. The mixture is whipped twice to give it a mousse like consistency, hand rolled in more dark chocolate and dusted with cocoa powder. 50 pieces for $96.