From Chanel to Elie Tahari: Fashion greats embroiled in controversies 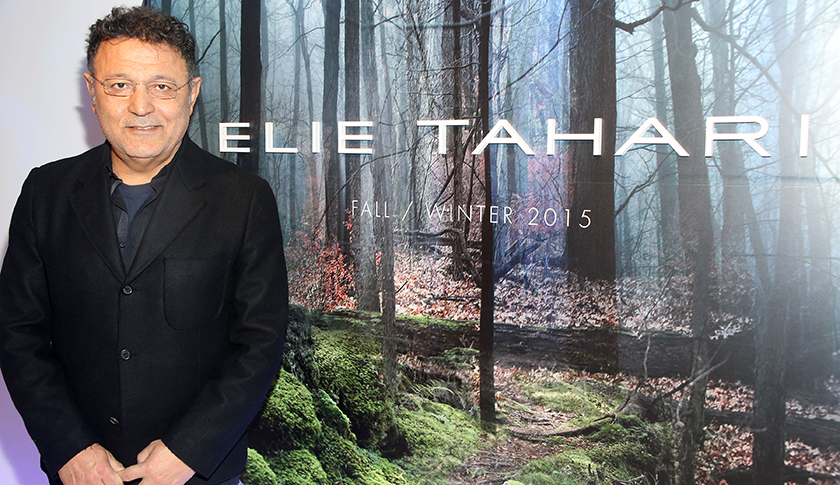 Elie Tahari, Ltd. is a fashion company founded by Israeli immigrant Elie Tahari in 1974. His philosophy is simple: “Clothing should be quieter than the woman so that her true beauty can shine through.”

Speaking of quiet women, Tahari may be wishing that fashion consultant Marcy Castelgrande were one right about now. On Friday, The New York Daily News reported that she filed a $12 million sexual harassment lawsuit against him.

The suit alleges that in an incident that occurred in December 2011, he touched her inappropriately in front of “at least ten people,” then fired her when she complained about it. The New York Daily News contacted both Tahari’s attorney and a spokesperson for the company, and both declined to comment.

This comes less than two months after designer Catherine Malandrino sued him for $15 million. According to her attorney, Tahari and his partner bought a 75 percent interest in her eponymous brand in 2011 for $5 million and a five-year compensation deal. But rather than expand it, he sold it to the brand management company Bluestar Alliance and allegedly cut her out of the $7 million deal.

“We are surprised that she has chosen this course of action and sure that the courts will agree that the lawsuit is completely baseless and without merit,” a Tahari spokesman said to The New York Post.

If there’s a there there, then Tahari joins the very long line of scandal-plagued fashion industry figures. This begs the question, is there something about this industry that causes high degrees of melodrama? Or are its personalities simply mercurial types who inspire gossip because they’re more famous than the rest of us?

Whatever the case, Tahari is not alone when it comes to fashion figures who made headlines for more than just their silhouettes. Some just made thoughtless remarks, while others engaged in behavior that was truly heinous.

If harsh, gratuitous trash-talking were a crime, Chanel creative director and head designer Karl Lagerfeld would be serving multiple life sentences in a maximum-security prison. The people at the Paris office of Metro surely understood this and invited him in to speak about a variety of topics. He started off with international affairs.

“If I was a woman in Russia I would be a lesbian, as the men are very ugly,” he said. “There are a few handsome ones, like Naomi Campbell's boyfriend, but there you see the most beautiful women and the most horrible men.” He then moved on to the state of print journalism. “People in magazines are 50 percent bimbo and 50 percent pregnant women.” Then he described singer Adele as “a little too fat,” and faced fierce backlash.

He eventually took to CNN to massage the comment, saying that he had only described her as “a little roundish.” He could have left it right there, but he chose instead to make the observation that because she had lost some weight since then, maybe he was right to say it after all. He then went on to finesse a remark that Pippa Middleton should "only ever show her back" by saying, "I think that her sister looks better."

FILE - In this June 22, 2011 file photo, former Dior designer John Galliano leaves a Paris court house. Designer Galliano returned with a debut fashion show to a select invited audience for fashion house Maison Martin Margiela, in central London Monday Jan. 12, 2015. The event marks the designer's return to the world of fashion after he made anti-Semitic comments in a Paris bar in 2011, resulting in being dismissed from Christian Dior, and was convicted by a French court on complaints of anti-Semitic behavior. (AP Photo/Thibault Camus, File)

In February 2011, Christian Dior head designer John Galliano was in a drunken stupor at a Paris café, expressing great admiration for Adolf Hitler to everyone within earshot. The entire spectacle was captured on video, which led Dior to fire him and the French justice system to find him guilty of uttering "public insults based on origin, religious affiliation, race or ethnicity."

To his credit, he used the opportunity to clean up his act. In 2013, after a stay in rehab, he was invited to help prepare for New York Fashion Week by Oscar de la Renta, a move that received the blessing of the Anti-Defamation League.

“Mr. Galliano has worked arduously in changing his worldview and dedicated a significant amount of time to researching, reading, and learning about the evils of anti-Semitism and bigotry,” ADL National Director Abraham H. Foxman said in a statement. “He has accepted full responsibility for his previous remarks and understands that hurtful comments have no place in our society.” He joined Maison Martin Margiela in 2014.

“The Company’s employment practices liability insurance retention has grown to $1 million from $350,000, causing an unacceptable level of risk for the Company, and the premiums for this insurance are well outside of industry standards,” the letter said. “The resources American Apparel had to dedicate to defend the numerous lawsuits resulting from your conduct, and the loss of critical, qualified Company employees as a result of your misconduct are also costs that cannot be overlooked.” Charney was fired from the company in December 2014.

Mike Jeffries is the former CEO of Abercrombie & Fitch(ANF). Under his leadership, it was promoted by bare-chested male models and transformed into an upscale retailer for dudes in their early 20s with $148 to spend on a pair of jeans. He planted the seeds of his own undoing in a 2006 interview with Salon that would come back to haunt him years later.

If the company had the sales to back it up, it might not have mattered, but according to SEC filings, its net income had dropped from $237 million in 2012 to $55 million in 2013. After a 77 percent drop in profits and 11 straight quarters of sales declines, Jeffries left the company in December 2014. According to Bloomberg Business News, when the news was announced that Jeffries had left, share prices immediately rose by eight percent.

French designer Coco Chanel was the founder of the brand that bears her name. If she had done nothing with her life but invent Chanel No. 5 perfume, she would still be one of the fashion industry’s greatest figures. However, information has come to light in recent years that, if true, would be extremely damaging to her legacy.

“Sleeping With The Enemy: Coco Chanel’s Secret War,” a 2011 book by historian Hal Vaughan, uses what were at the time newly declassified documents from French and German authorities, to substantiate claims that she committed espionage for the Nazis and was romantically involved with German intelligence officer Baron Hans Günther von Dincklage. The Chanel group disputed these claims, with one concession.

"What's certain is that she had a relationship with a German aristocrat during the War," the company said in a statement. “Clearly it wasn't the best period to have a love story with a German even if Baron von Dincklage was English by his mother and she (Chanel) knew him before the War."

In December 2014, the UK’s Metro reported that further French Defense Ministry archival documents show that during World War II, she was recruited by the Nazi military intelligence division Abwehr. These documents form the basis for “L'Ombre d'un Doute” (“The Shadow of a Doubt”), a documentary aired on the France 3 channel in 2014.