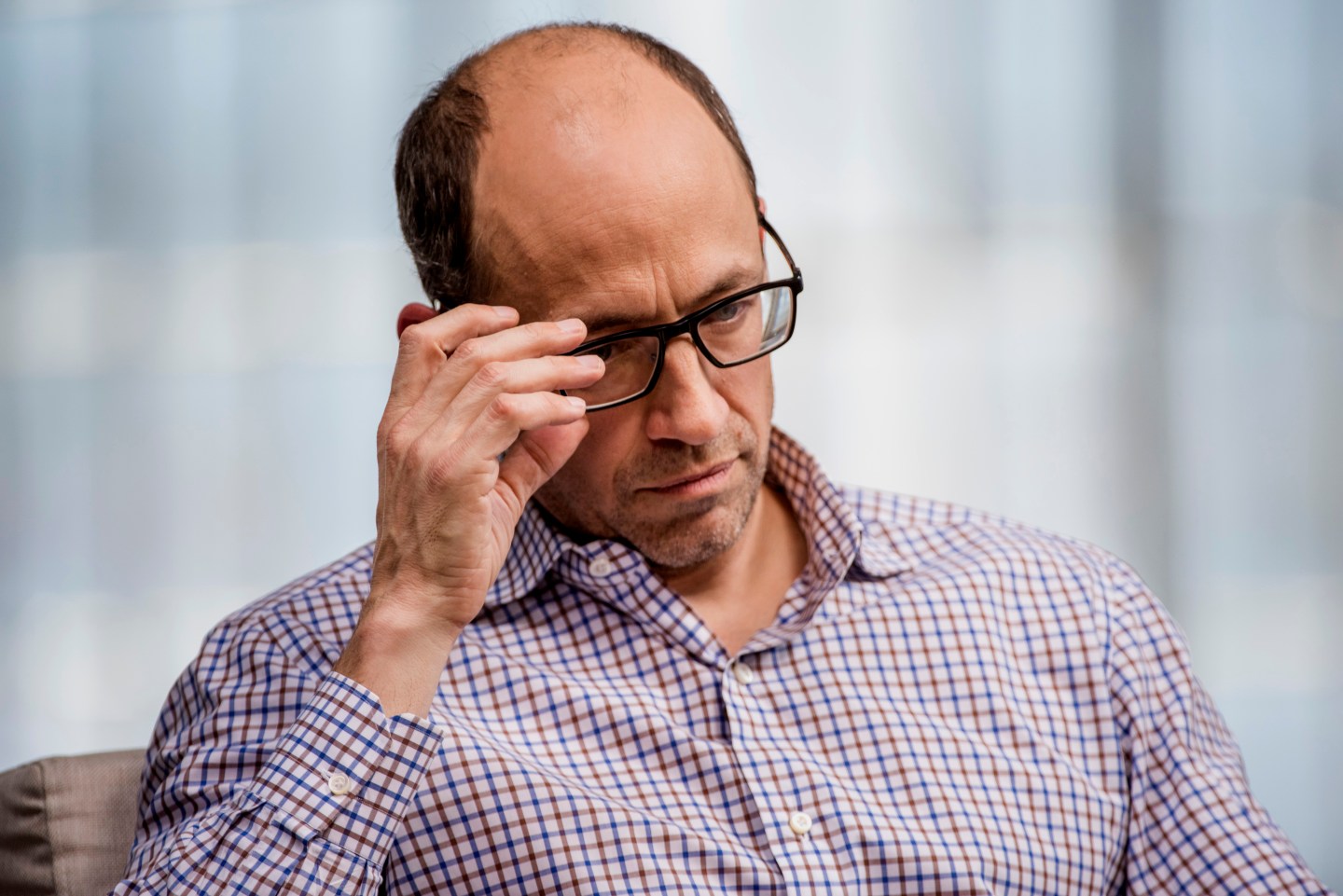 Outgoing Twitter CEO Dick Costolo has had a target on his back since last fall. He was well aware of it even then, offering to the company’s board to step down in November. He made the offer again in February. It’s why news of his resignation last Thursday came as little surprise to anyone following the company closely. Much more surprising was the way the company handled the exit.

Rather than announce a new chief executive, Twitter brought back co-founder and former CEO Jack Dorsey as interim CEO while the board conducts an executive search. It’s a curious move because Dorsey’s relationship with the company has been a strange one—he was removed from the role once before—and because Dorsey also happens to be CEO of his own startup, Square.

In explaining the reasoning for the move at a Bloomberg Technology conference today, Costolo raised further questions about Twitter’s executive suite. He denied that the executive search is a sham, as many have speculated, or that Dorsey had already secured the job. He explained that if Twitter had conducted a CEO search behind closed doors, it would have leaked, so it made more sense to do it publicly. He noted that he wouldn’t have been an effective outgoing leader if he was “walking around with a timer on [my] head.” Thus Dorsey’s return.

But at the same time, Costolo praised Twitter’s execution over the last year and expressed excitement about the company’s upcoming product releases. He said the board supports the strategy and team he put in place. Beyond that, Dorsey has said that he doesn’t plan to alter Twitter’s product roadmap.

So if things are going swimmingly at Twitter, why remove the company’s CEO? To his credit, Costolo has refrained from making phony executive statements about wanting to spend more time with family. He has no plans for the future beyond taking some time off, he said on stage today.

The contradictions of Twitter’s “everything is awesome” stance, mixed with its plans to for a leadership change (while temporarily bringing back old leadership) is why Thursday’s news has befuddled observers. Costolo’s comments today don’t clear much up. It’s clear that investors want new leadership and possibly a new direction at Twitter, but no one will come out and say it.

Costolo was very clear on one point: Twitter lives under a microscope. He noted that the company is “blessed” to have so many people with strong opinions about its strategy. When asked if it was galling to have prominent commentators like Chris Sacca, who claims to “bleed” Twitter’s signature aquamarine color, undermine the company by publishing lengthy criticisms, Costolo brushed it off in his characteristically wry tone. “It’s all a rich tapestry,” he said.