Here’s what a $59 million house in L.A. looks like 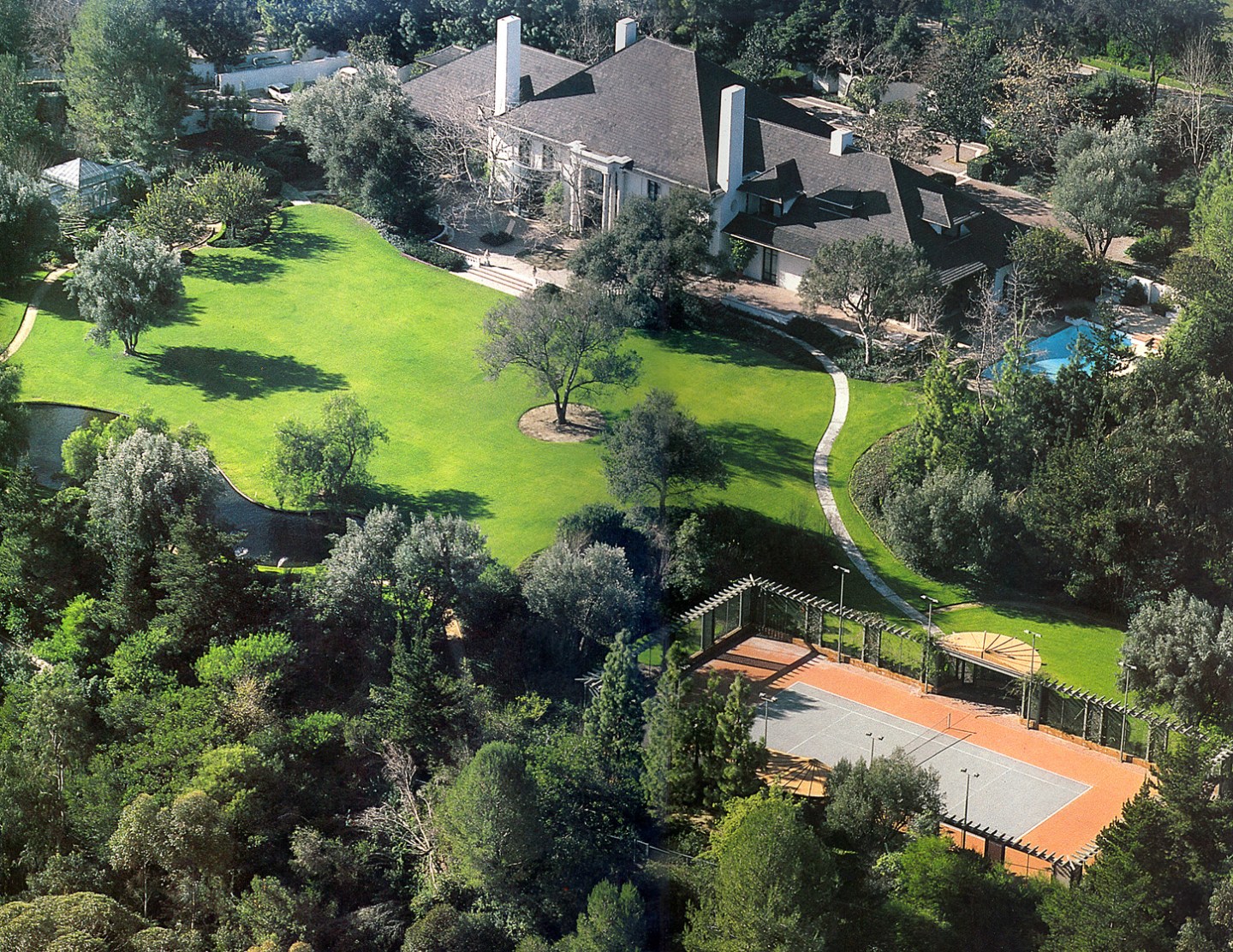 When the Singleton House sold at $59,355,550 earlier this year, it set a price record for the L.A. area for 2015. But $60 mill is not even chart-topping in the grand scheme for its neighborhood of Holmby Hills.

The 15,520 square-foot mansion has 10 bedrooms, 12 and a half bathrooms, and four fireplaces. A grand, oval-shaped entry hall with an Asian-inspired mural is overlooked from wrought iron balconies, and the floors are walnut parquet and white marble. The 7.65 acres of grounds on three parcels of land feature lawns, terraces, gardens, a pool, a tennis court, and an expansive motor court allowing parking for up to 20 cars (plus an additional four-car garage for those toys that need safekeeping).

The mansion was built in 1970 for Henry Earl Singleton, an electrical engineer, businessman, and cattle rancher who died in 1999. An old-school version of a Silicon Valley CEO,Singleton was the co-founder of Teledyne, a tech startup involved in semiconductor device fabrication and development of control systems as well as integrated circuits. Teledyne acquired many companies over the decades such as Water Pik and Shower Massage as well as financial institutions. As of 2014, the Singleton family was the number 7 top land owner in the country.

The hallway.Courtesy of Essex & Harvey; photographs by Lee Brubaker

And as for that all-important location: part of L.A.’s “Platinum Triangle” encompassing Bel Air and Beverly Hills, Holmby Hills has long attracted residents from Old Hollywood and business tycoons. This is where the Aaron Spelling mansion famously sold for $85 million in 2011 to Formula 1 heiress Petra Ecclestone, who last year reportedly tried selling it for $150 million. Also last year, Fleur de Lys, a mansion owned by the founder of the broadcasting outsourcing company Metro Networks, sold for $88.3 million.

Max Factor, Sr., founder of the cosmetics company of the same name, resided in a Holmby Hills home built for the mobster Bugsy Siegel. Holmby Hills is also the neighborhood where Michael Jackson died in 2009 in a rented mansion belonging to the CEO of Ed Hardy, Hubert Guez. Other local CEOs include Max Azria of the fashion house BCBG Max Azria, and the former CEO of Williams-Sonoma, W. Howard Lester, was a resident until his 2010 death.

The Singleton House was designed by Wallace Neff, the architect known for pioneering the California style, with its Spanish and Mediterranean influences. Among the mansions Neff designed were a winter home for the president of the Singer Corporation and Pickfair, the estate of Mary Pickford and Douglas Fairbanks.

Another of Singleton’s homes was designed in 1959 by Richard Neutra and had a very different midcentury modern style. It sold in 2013 for $16.5 million to Francois Pinault, the founder of PPR (now Kering), which owns Gucci, YSL, Bottega Veneta, and other luxury brands.