2015 is finally the year of the home construction boom 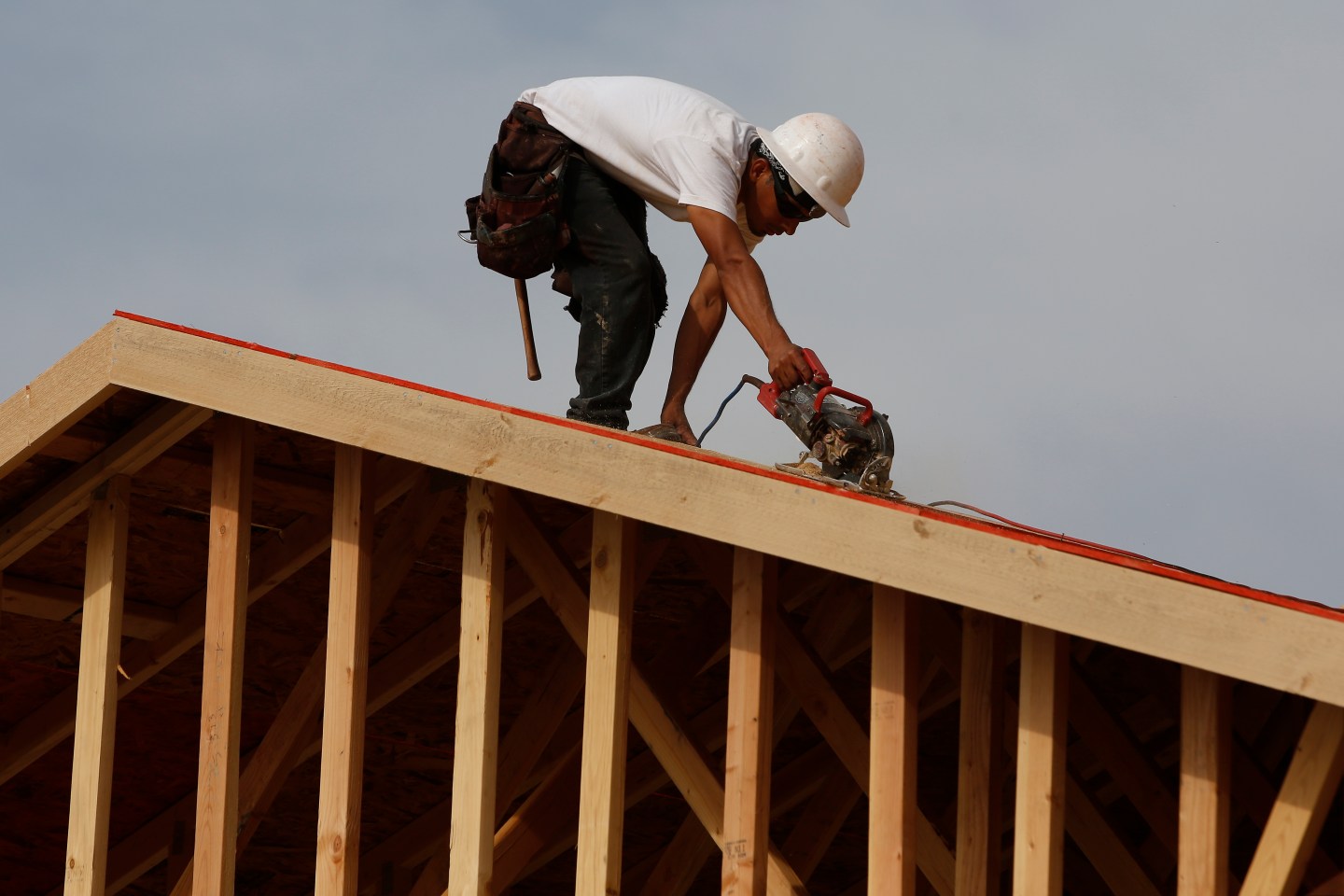 A worker uses a saw on a roof while building a new home at the Toll Brothers Inc. Baker Ranch community development in Lake Forest, California, U.S., on Tuesday, Feb. 11, 2014. Labor-market gains and rising real-estate values have developers upbeat about the industry's prospects. Homebuilder sentiment in January held near its highest level in eight years, dipping to 56 from 57 in December. Photographer: Patrick T. Fallon/Bloomberg via Getty Images
Photo by Bloomberg—Getty Images

There are many important sectors of the U.S. economy, but you can make a good case that real estate is the most important.

Housing is an essential good for all Americans, but more than that, residential investment has historically driven us into and out of recessions. UCLA economist and statistician Edward E. Leamer has even argued that “Housing is the business cycle,” because most recessions the U.S. has experienced since World War II have been preceded by problems in the housing market, and the subsequent recoveries have been powered by the residential construction industry.

But the residential construction industry has remained sick since the bursting of the housing bubble in the late 2000s, even as home prices recovered. Year after year, analysts have predicted that population growth would boost demand for construction, and that the jobs that support homebuilding would create a virtuous cycle that would power the economy back to full strength. But housing starts have remained well below their pre-crisis norms.

Now, it looks like things are finally, really, turning around. The Census Bureau announced on Tuesday morning that 1,034,000 new residential projects launched in May, at a seasonally adjusted annual rate. That’s a drop of 11.1% from last month’s very strong reading, but new housing permits were up by more than 11% from April to a post-crisis high of 1,275,000.

Permits were up so much in part because of a wrinkle in the tax code. According to IHS Global Insight U.S. Economists Patrick Newport and Stephanie Karol, developers in New York and New Jersey are rushing to complete permits for projects before a key tax break expires this month.

That said, pretty much all of the data that has come in this year signals that the housing market is finally approaching a state of normalcy. Credit remains historically tight, but the logic of higher prices and increased demand is impossible for builders and real estate lenders to ignore forever. As Realtor.com’s chief economist Jonathan Smoke puts it:

The increasing level of new construction is entirely consistent with the strong demand and corresponding price gains we have been seeing in both rents and home prices . . . Builders are more confident as a result of seeing more traffic. Indeed, the last time that NAHB’s housing market index, the leading measure of homebuilder sentiment, was higher than yesterday’s reported number, was in 2005 at the height of the housing bubble. Likewise, apartment owners are encouraged by lower vacancies and higher rents.