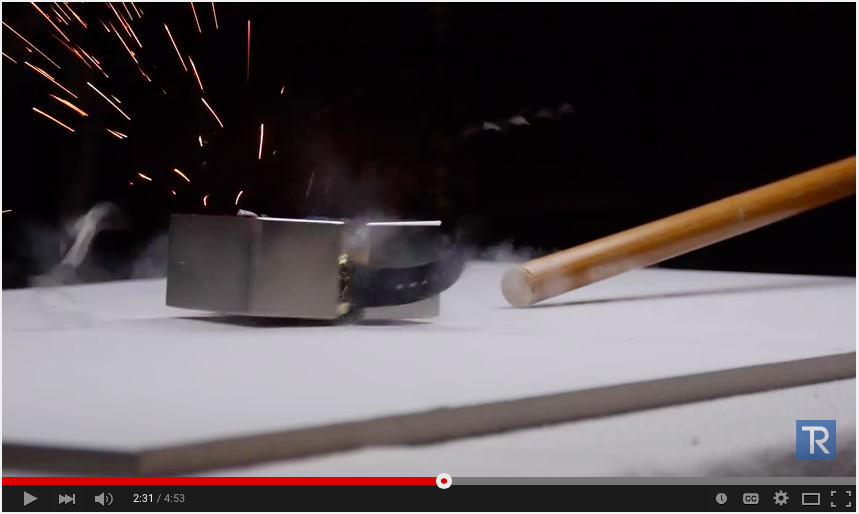 When a guy named TechRax, whose specialty is the senseless destruction of Apple’s devices, unboxes a $10,000 Apple Watch Edition on YouTube, you know it’s not going to end well for the watch.

But does it end well for TechRax?

We do the math below on the trade-off between destroying a ridiculously expensive watch and getting a ridiculous amount of attention for it. But first things first: You’ll probably want to watch the video. It is not for the faint of heart:

The first thing to understand is that TechRax is not an Apple hater. He’ll destroy anything if he thinks it will pay. He’s one of a new breed of entrepreneurs who have, thanks to Google Adsense, carved out a profitable niche in the grubby outskirts of social media.

Google sells ads on his videos for anywhere from $2.50 to $5 per thousand impressions and takes 32% off the top. That leaves TechRax with a CPM, according to YouTube Money Calculator, between $1.46 and $3.40.

That’s enough to make a decent living, if you know what you’re doing.

His Don’t Boil Your iPhone 6 in CocaCola!, for example, drew nearly 14.5 million views. At Google’s top rate that’s nearly $50,000 cash revenue, more than enough to cover the cost of a 38-mm Apple Watch Edition and a pair of $1,000 Neodymium magnets.

What Happens If You Shoot an iPhone 6 was probably good for another $18,000.

So you see, TechRax had to destroy the watch.

Will it pay? We’ll have to wait and see.