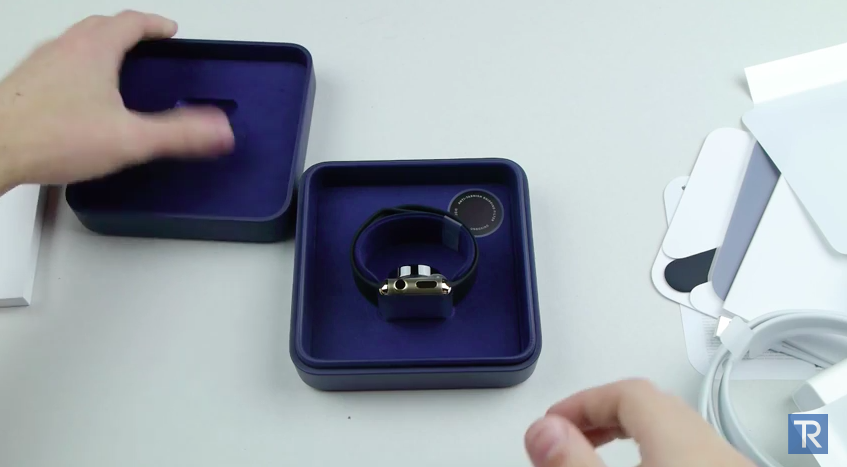 I fear for this watch, lovingly unboxed in a six-minute video posted on YouTube Saturday night.

But I fear it may be a set-up.

The young narrater (who apologizes for the tiny lisp caused by his invisible braces) is a guy named TechRax whose specialty is the senseless destruction (with hammer, blow-torch, angle-grinder, molten aluminum, etc.) of Apple products.

“Ukrainian who specializes in smashing technology for your pleasure,” reads his Twitter profile. “Microwaved, Chainsawed, Burned iPhone’s… I got you covered.”

This Apple Watch could end up in a blender. If the video goes viral, the ad revenue might just cover the cost.