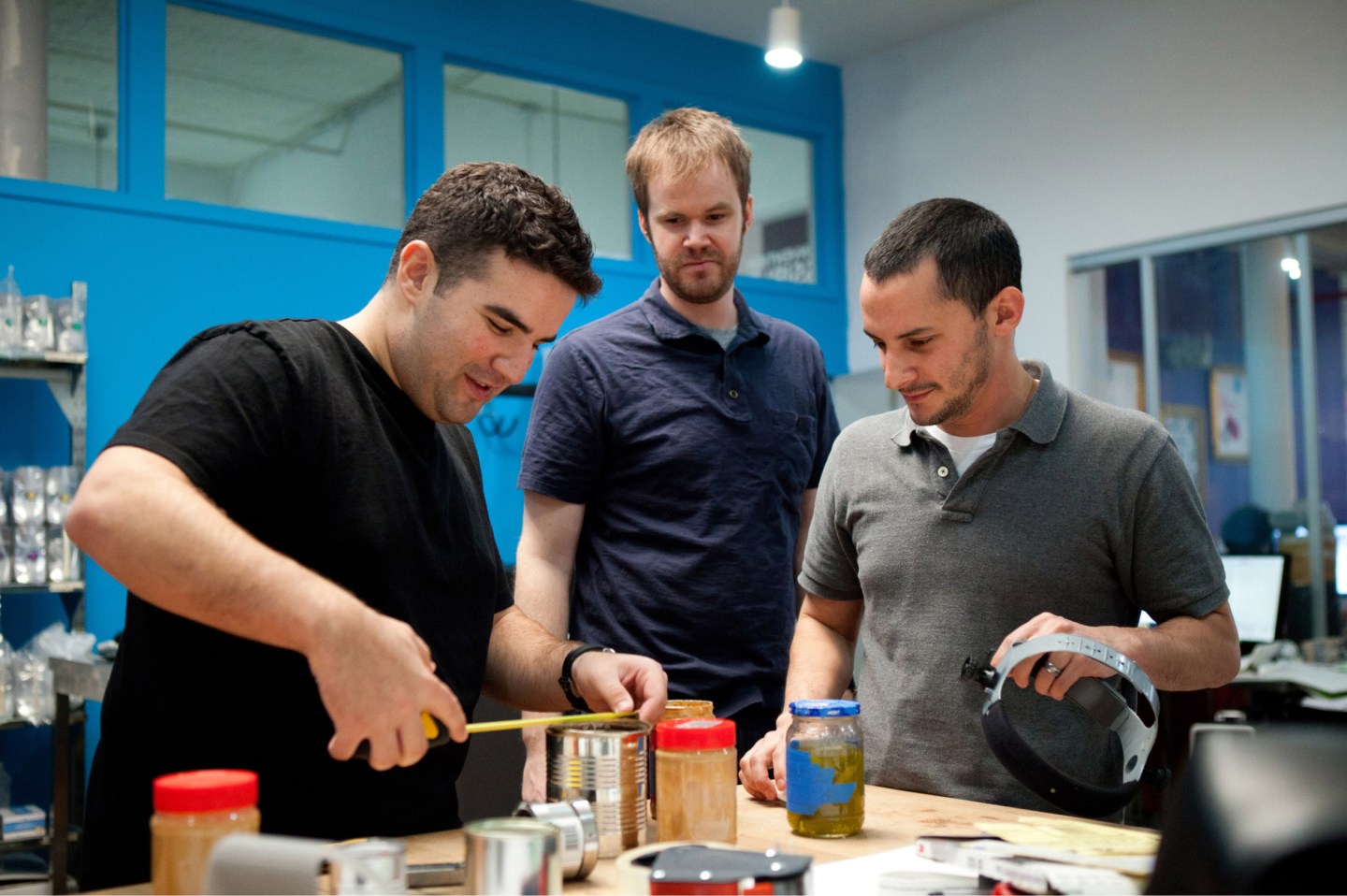 Quirky is just days away from raising a new round of venture capital funding, Fortune has learned, but the product development company now has a much different business model than it did when it last solicited investors in 2013. Namely, it will no longer make any of its own products. It also may have a different relationship with Wink, a wholly-owned home automation subsidiary that was quietly put up for sale earlier this year.

Quirky, headquartered in New York, was originally formed six years ago as an online community whereby people could suggest inventions that Quirky would then produce and distribute. Some of these inventions were made in partnership with large corporate partners like General Electric (GE) while some (namely power outlets and switches) were solo endeavors.

Last summer, Quirky considered thinking even bigger—spending months on what became a fruitless effort to acquire GE’s home appliances business. While CEO Ben Kaufman was working on that project, he hired a new chief financial officer named Ed Kremer—previously finance director for Beats by Dre—to help mind the store. Kremer quickly launched a study of Quirky’s business, and soon determined that its 12 product categories were 10 or 11 product categories too many.

He also expressed concern about Wink, a home automation hub and software platform that Quirky spun out as an independent entity in late 2013. The move had been made after Quirky raised $79 million in new venture capital funding (including $30 million from GE), but it only was adding to Quirky’s financial woes.

Late last year, Quirky announced internally that it would eliminate most of its product categories, with its future products to focus on the connected home. The move resulted in significant layoffs, and was made public earlier this year.

What wasn’t publicly disclosed, however, was that Quirky in February hired bankers to either find Wink some new outside investment or find it a buyer. Kaufman says that the process was moving along well until April, when Wink experienced a security glitch that that knocked its hubs offline and subsequently broke them for some customers.

The malfunction (and subsequent recall) not only halted the sale process, but it also resulted in inventory backlogs that have still not been fully resolved two months later. For example, Wink’s hub remains unavailable to many Target (TGT) shoppers, although it is now fully back in Home Depot (HD) and Amazon (AMZN) channels. “We love Target, but it was a question of prioritization,” Kaufman says.

Now, Wink is closing in on a round of outside funding that is expected to include some of its strategic partners.

Quirky also is in advanced talks to raise new funding with an outside lead investor, after having previously raised more than $170 million from such firms as GE, Andreessen Horowitz, Kleiner Perkins Caufield & Byers, RRE Ventures, and Norwest Venture Partners.

Kaufman wouldn’t disclose the name of Quirky’s new lead investor, but did acknowledge that Quirky of the future will look quite different than Quirky of the past. The company recently decided to no longer make any of its own products, in a move that should help it save money on such things as warehouse space and other inventory management requirements. Instead, all new Quirky products will only be introduced in partnership with another company.

Going forward, Quirky only will serve as a sort of invention middleman focused on design and distribution, but not on manufacturing. Instead, future Quirky products will be modeled on its existing arrangement with GE, or subsequent ones with Mattel (focused on new toys and baby products) and Harman (focused on next-gen headphones). Quirky also hopes to find a partner for its existing outlet and switches business, but that it has not yet done so. There also seems to be a plan in place to stick with the planned launch of a product line that will work with Amazon’s new Dash service (Kaufman says that a formal announcement should come soon).

“The Powered by Quirky business is going really well, but we’ve definitely shifted some things around and had to say goodbye to some great people who had been here for a long time,” explains Kaufman, who adds that no new layoffs are expected. “The investors we’ve been talking to about the new round know about what we’re doing, and are excited by it.”