This is probably the world’s coolest McDonald’s 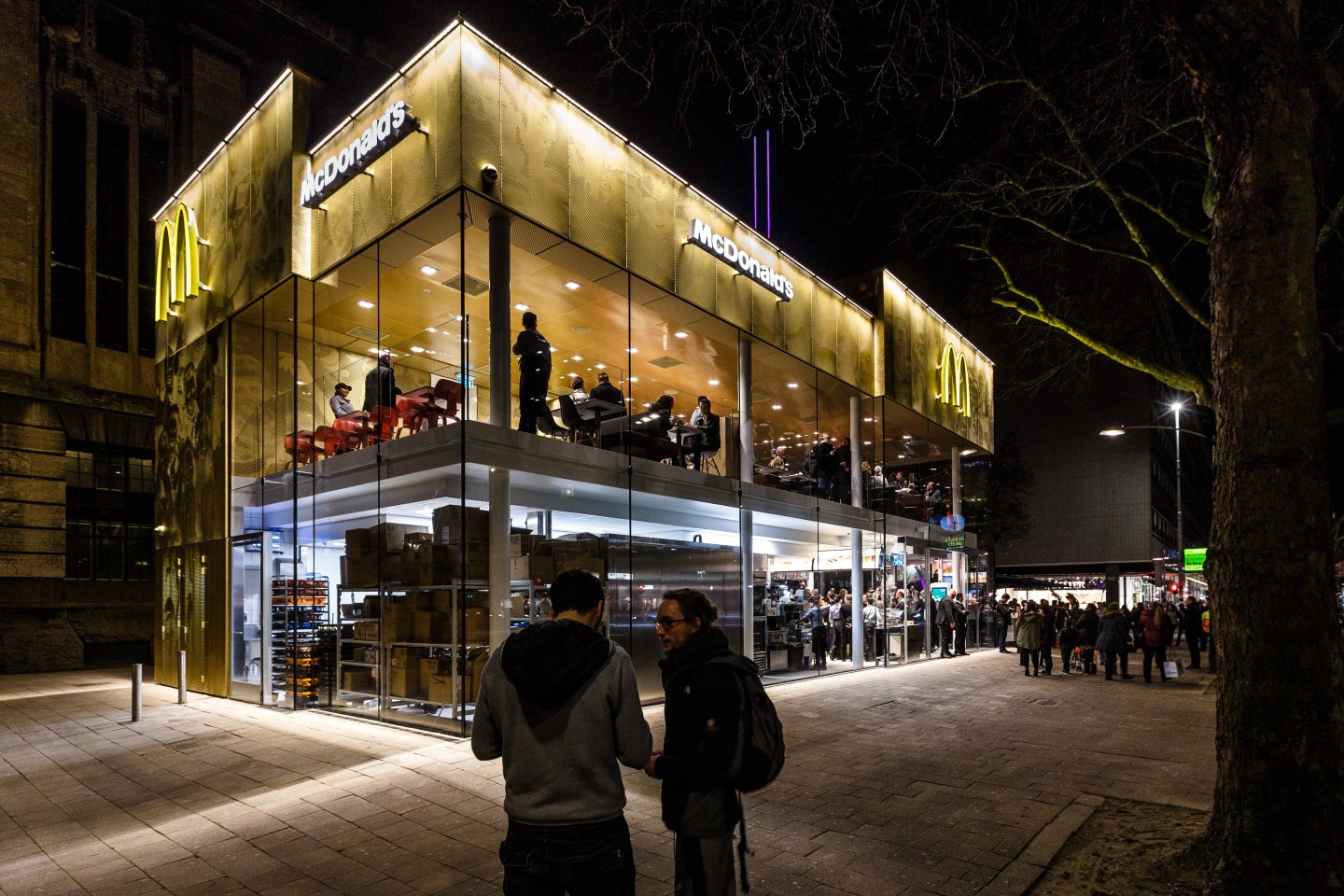 A McDonald’s in the Netherlands could very well be the coolest-looking fast-food franchise in the world.

As Business Insider reports, the new building, which is located in Rotterdam, looks like an Apple Store, and it’s pretty fancy. It was designed by architecture firm Mei Architects and includes “a perforated golden facade and a grand spiral staircase,” according to Dezeen Magazine, a London-based architecture site.

The site goes on to say that Mei Architects was hired to re-design the McDonald’s (MCD) restaurant after residents named it the “ugliest building in Rotterdam.” A McDonald’s had occupied the site for 45 years, but until now the restaurant had been housed within a glass structure originally built in the 1960s as a cigar shop, Dezeen said.

The city had reportedly planned to tear down the building, but instead an eyesore was turned into a sight for sore eyes.

Here are some more images of the luxurious-looking fast food joint: