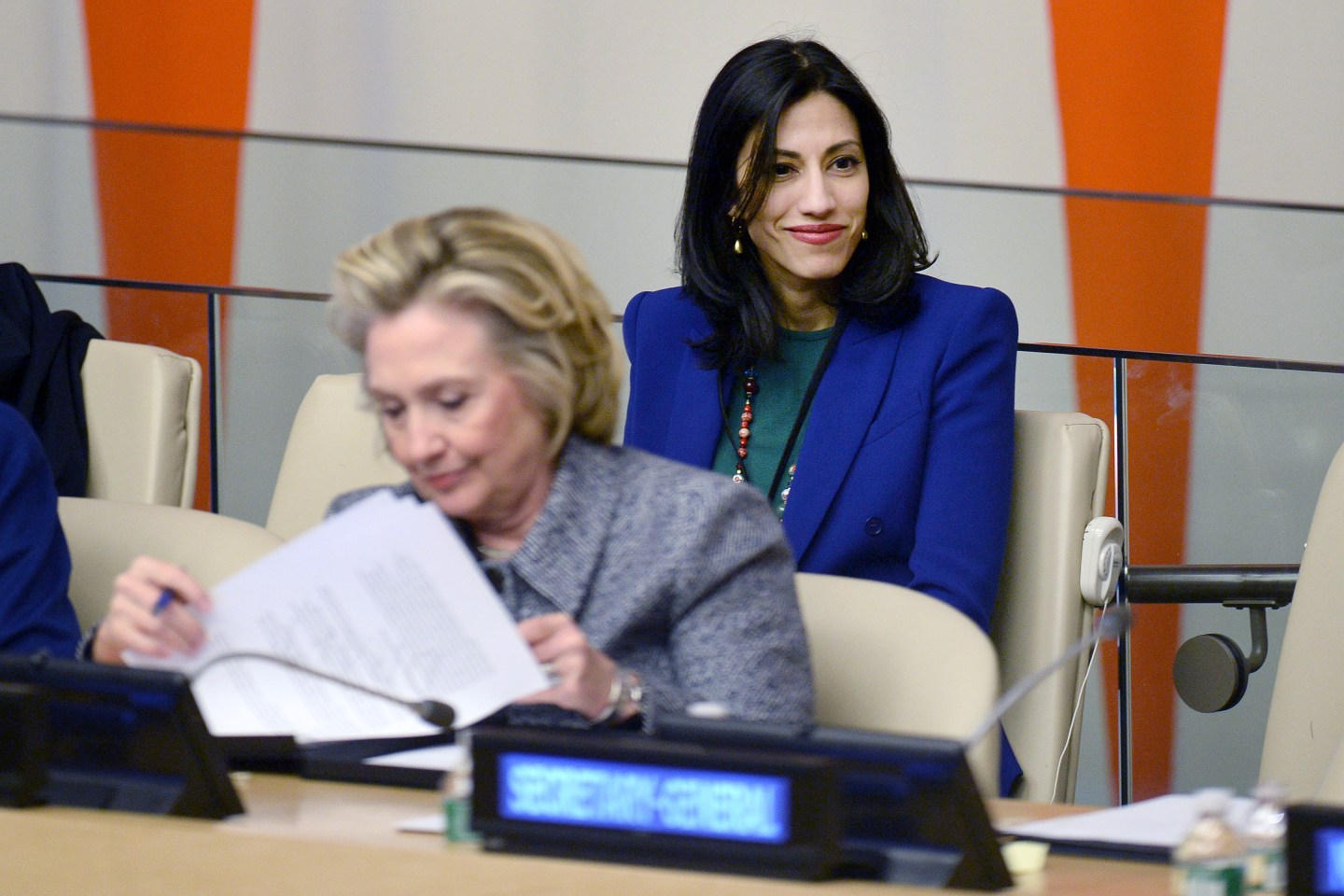 When Huma Abedin first joined the Clinton White House in the 1990s, she hoped to be assigned to the press office. Growing up in Jeddah, Saudi Arabia, she had longed to be a journalist—specifically Christiane Amanpour who “looked purposeful—and glamorous.” Instead, she was assigned to Hillary Clinton’s chief of staff, Melanne Verveer.

“Take a chance,” her mother counseled her disappointed daughter, according to Abedin. “Don’t be afraid of what you don’t know. And don’t fall in love with Plan A.” Plan B paid off–big time. Two decades later, Abedin is at the center of Clinton’s presidential bid, with a title of campaign vice chair. And by most accounts, she is candidate Clinton’s closest aide—“Hillary’s translator,” as one insider puts it.

Abedin is the high-fashion figure glued to Clinton’s side—passing notes, whispering in her ear, working her cell phone. During Clinton’s 2008 campaign–when Abedin served as the candidate’s “body woman”— Clinton communications aide Mandy Grunwald told Vogue: “I’m not sure Hillary could walk out the door without Huma. She’s a little like Radar on M*A*S*H. If the air-conditioning is too cold, Huma is there with the shawl. She’s always thinking three steps ahead of Hillary.”

Two years ago, Abedin and her disgraced congressman husband Anthony Weiner were emerging from the carnage of his sexting scandal. The New York Times described the young couple’s life with their toddler as “in retreat.” She served as deputy chief of staff under Secretary of State Clinton while he planned his (ultimately unsuccessful) political comeback running for New York mayor.

As deputy chief of staff under Secretary of State Clinton, Abedin has spent hundreds of air-travel hours with Hillary, developing a relationship that colleagues describes as familial–along with an encyclopedic knowledge of the people and projects that populate the complicated global tangle of Clinton-world. A master of the “velvet no,” Abedin calmly manages time demands on her candidate with apologetic grace.

But her tightness with Clinton also has costs. She’s been caught up in questions about the propriety of the then-Secretary of State’s private email server, and she is the target of an inspector general inquiry—prompted by a Senate Republican– into whether Clinton acted properly in hiring Abedin for government work even while she was employed by the private consulting firm Teneo Holdings. Abedin is also among the State Department aides on the list to be called as witnesses in a House committee investigation into the 2012 Benghazi terror attack.

Bill and Hillary Clinton have been the sun of Abedin’s solar system ever since she joined the White House as an intern at age 21. Her late father, of Indian descent, was a university lecturer and her mother a sociology professor; both received their PhD’s from the University of Pennsylvania. Born in Kalamazoo, Michigan before moving to Saudi Arabia, Abedin speaks fluent Arabic. She graduated from George Washington University.

At a 2012 Fortune dinner, Abedin said she has learned to take the advice of her mother, and the value of Plan B. “Sixteen years later, I wouldn’t change a thing,” she said at the time. “And I got to meet Christiane Amanpour.”‬

Read more profiles of the top women behind Hillary Clinton’s campaign operation. Next up: Women behind the GOP candidates.