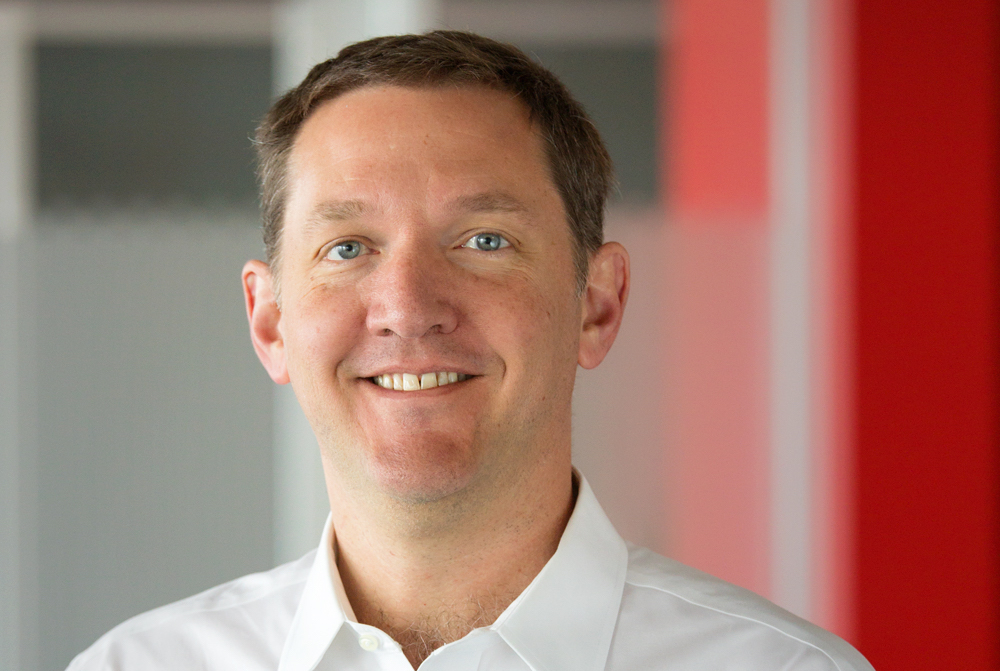 It stands to reason that Red Hat, a company virtually synonymous with the open source approach to software development, would advocate a similarly open approach to kick-starting innovation and making strategic decisions faster.

But former management consultant Jim Whitehurst seriously underestimated exactly what that means to a CEO when he joined the company in January 2008 after six years as chief operating officer at Delta Air Lines.

“We are not ‘leaders,’ because we don’t have fiat power,” he told Fortune. “We catalyze direction. That means you are the agent that makes something happen, but it’s your role to do this in an indirect way. It’s my job to say, ‘This is the hill we want to take, and here’s why,’ and then let the organization take over from there.”

Put another way, it’s like the difference between a thermostat and a thermometer. One changes the temperature, the other simply measures it.

While many traditional managers would shudder at the thought of allowing others to mess with the settings, one could argue that Red Hat—best-known as a distributor of Linux and OpenStack cloud software—has survived if not thrived because of its “open organization” culture.

For FY 2015, the company managed a 17% revenue increase to $1.79 billion. Its GAAP net income for the year was $180 million, up slightly from the previous year. By both measures, Red Hat beat analysts’ expectations.

Whitehurst admits he joined Red Hat with the idea of changing things: by holding teams far more accountable for metrics and putting more finely delineated chains of command in place. But he quickly realized the system of perpetual feedback baked into the company’s culture was far more effective than relying on daily reports overloaded with data or limiting the power to make decisions quickly.

“Sure, I still care about numbers—we are a public company after all—but I have an impact on them indirectly by working through our people and culture,” he recalls.

Now that he’s a convert for the open organization approach, Whitehurst wants other managers and executives to learn from his mistakes. Naturally, he’s decided to share his experience in the form of a new business tome, Open Organization: Igniting Passion and Performance. When I spoke with Whitehurst earlier last week, he was quick to point out that many of his ideas aren’t revolutionary. What’s new are his specific ideas for how to get there.

Whitehurst’s first taste of open organizational practices came during his first meeting with then-Red Hat CEO Matthew Szulik, an informal Sunday morning conversation over coffee that he ended up covering with his own cash. Ditto his lunch later that day with general counsel, Michael Cunningham, for which Whitehurst also picked up the tab. At the time, he was somewhat taken aback.

“When I look back at that meeting now, I realize that Szulik and Cunningham were just being open and treating me like any other person they may have had coffee or lunch with or got gas with. Yes, it was ironic and funny that they both had no cash. But, for them, it wasn’t about the money. They, like the open source world, didn’t believe in rolling out red carpets for anyone or trying to make sure everything was perfect. They just wanted to get to know me rather than try to impress or court me. They wanted to know who I was.”

Whitehurst contrasts Red Hat’s style with the management structure called “holacracy” espoused by Zappos, which encourages employees to manage themselves. Middle managers used to be focused on controlling information flow and enforcing mandates, now their role is to make sure the workforce is enabled.

“It’s more skilling managers to recognize that they are more about creating environments where people can do their best,” Whitehurst said.

What company doesn’t talk about the importance of listening to customers and employees?

While the question may be rhetorical, Whitehurst said both insiders and outsiders will be able to tell pretty quickly whether an organization is really open—or if it’s just paying lip service to the idea.

“This isn’t some social experiment, this is about creating a higher-performing organization,” he said.

You can read an excerpt of Open Organization here. For the first three years, proceeds from the book’s sales will be donated to the Electronic Frontier Foundation.